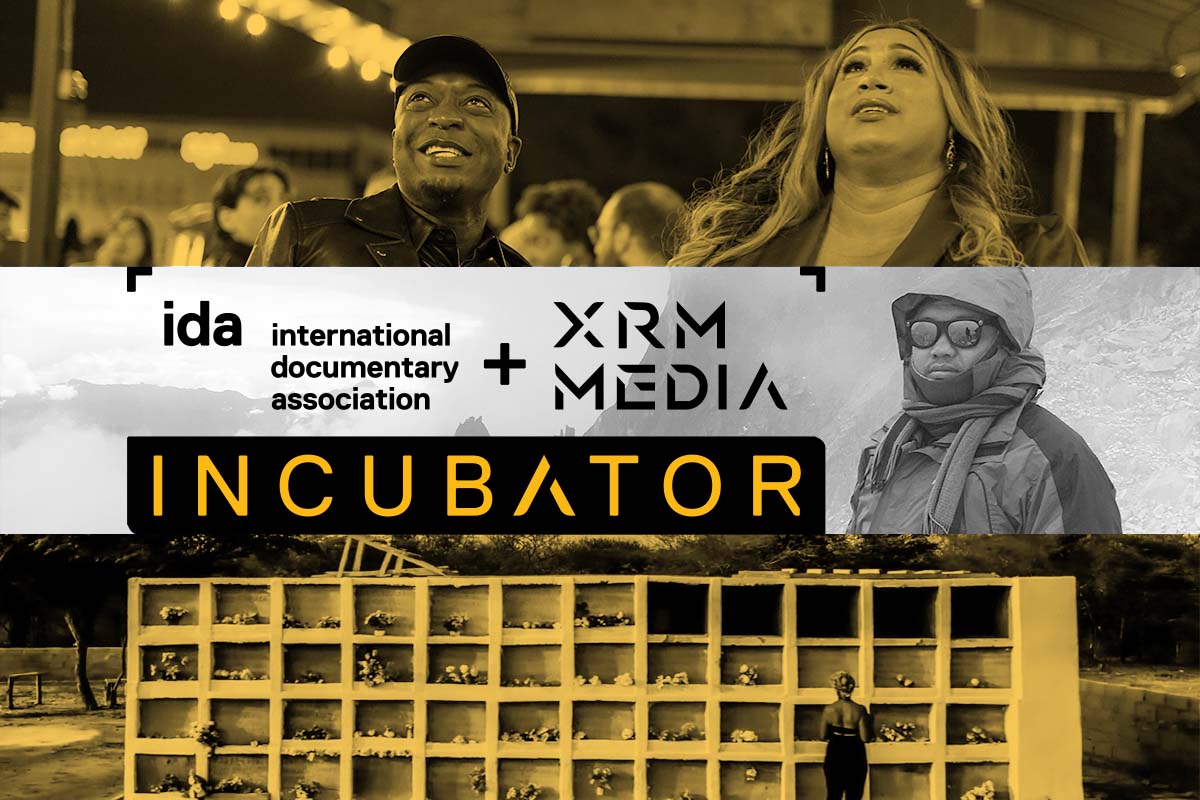 Los Angeles, CA (November 22, 2021) – The International Documentary Association (IDA) has announced grants, totaling $75,000, to three vérité short documentaries from Bhutan, Colombia and the United States through its IDA+XRM Media Incubator. Since 2011, IDA has provided over $5.9 million in grants through its documentary funds.

Established in 2021, with support from XRM Media, the IDA+XRM Media Incubator supports short vérité documentary films from around the globe, with an emphasis on emerging filmmakers and new perspectives. Both a fund and a mentorship program, the Incubator provides production and post-production grants and mentorship from Academy and Emmy Award-nominated directors in crafting character-driven observational shorts. This year's mentors include Oscar-nominated directors Skye Fitzgerald (Hunger Ward) and Smriti Mundhra (St. Louis Superman), and Emmy-nominated director Nadia Hallgren (Becoming).

“The spirit behind the IDA+XRM Media Incubator is to illuminate stories and voices from around the world. We are thrilled with the global response from over 40 countries and filmmakers from diverse backgrounds and communities. We are honored to support these stories through IDA's stewardship," said Michael Y. Chow, co-founder of XRM Media.

XRM Media is an award-winning entertainment and media technology company dedicated to supporting, producing and financing diversity driven, BIPOC content across all mediums with its global partners. XRM Media’s interests vary across all stages of the development, production, and distribution processes, including but not limited to, equity financing, co-financing, financial modelling and fund management. IDA and XRM Media will also be collaborating on an event focusing on emerging filmmakers at the 2022 Sundance Film Festival.

“We are incredibly excited to support three vérité documentary shorts by filmmakers in Bhutan, Colombia and the US. Congratulations to Arun, Pedro and Cydney. IDA, in collaboration with XRM Media, is thrilled to expand our unrestricted grants to support emerging filmmakers and perspectives from across the globe,” said Poh Si Teng, director of IDA Funds and the Enterprise Program.

Three documentaries receiving IDA+XRM Media Incubator grants of $25,000 each are:

Inclusion and diversity, both in terms of the filmmaking team and subject matter, are a priority of the fund. Among this year’s grantees, all three shorts are created by directors and/or producers from a historically underrepresented community. In addition, one of the projects is directed and produced by makers that identify as LGBTQ+ and one short is directed and/or produced by a woman. The application reviewers for this year’s Fund are Alexandra Mitchell, Diego Pino Anguita, Dominique Oneil, Gary Byung-seok Kam, Greg Sorvig, Kristine Samuelson, Mariam Zaidi, Natalia Garcia Clark, Neha Shastry and Yvonne Welbon.