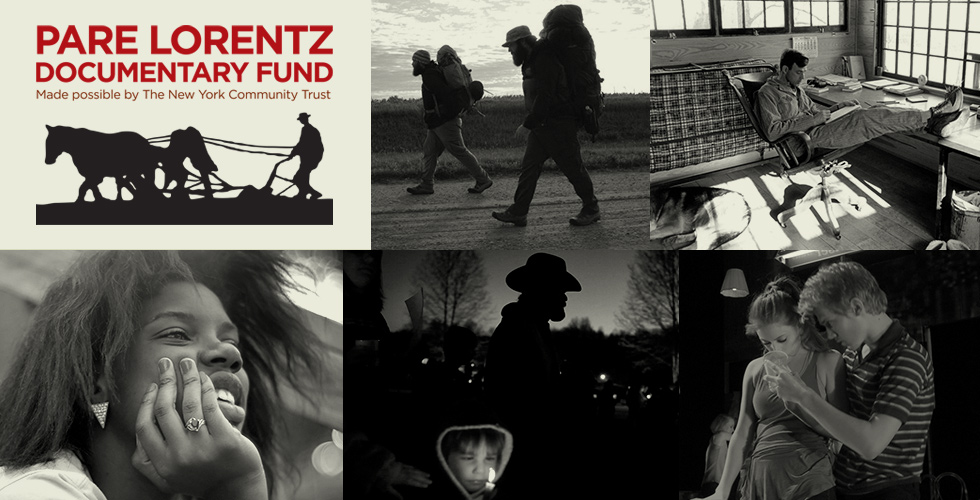 Five feature-length documentary films have been selected to receive a total of $95,000 from the Pare Lorentz Documentary Fund this year.

The Pare Lorentz Documentary Fund was created with support from The New York Community Trust to honor the legacy of legendary American documentary filmmaker Pare Lorentz. Grants are made to documentary projects that shed light on critical issues in the United States and focus on Pare Lorentz’s central concerns: the appropriate use of the natural environment, justice for all and the illumination of pressing social problems.

This year the Fund received over 460 applications from across the US and around the world. The five documentaries receiving production support focus on a variety of critical issues and were chosen for their artful storytelling, strong visual style and high production values, as well as their reflection of the spirit and nature of Pare Lorentz’s work.

The documentaries receiving support from the Pare Lorentz Documentary Fund this year are:

Almost Sunrise
Director: Michael Collins
Producer: Marty Syjuco
Almost Sunrise follows two young men on an epic journey of healing. Haunted by memories of combat, Iraq veterans Tom Voss and Anthony Anderson are driven to drink and depression. Fearful of succumbing to the raging epidemic of veteran suicide (22 American vets kill themselves daily), they seek a lifeline. Together they embark on a 2,700 mile walk across America as a way to confront the inner torment that threatens to tear their lives apart.

Forty Panes
Director: Laura Dunn
Forty Panes is a cinematic portrait of the changing landscapes and shifting values of rural America in the era of industrial agriculture, as seen through the mind’s eye of Wendell Berry. The film revolves around the divergent stories of several residents of Henry County, Kentucky who each face difficult choices that will dramatically reshape their relationship with the land and their community.

Overburden
Director: Chad Stevens
Co-producers: Elena Rue & Catherine Orr
After a mine explosion kills her brother, a pro-coal activist joins forces with a tree-hugging grandmother to take down the most dangerous coal company in the United States. Lorelei, fighting to stop mountaintop removal, launches a wind farm. Betty, who lost her brother in the disaster, joins Lorelei's fight to bring justice and economic diversity to the coal fields of Appalachia.

Silent U.
Director/Producer: Liz Canner
Hidden behind the ivy covered walls of many American universities lay an untold legacy of violence, until a group of students and professors attempted to dismantle the rape culture that existed for decades. Silent U., a feature documentary, follows their story for over three years as they transform higher education.

The Pare Lorentz Documentary Fund has now made grants of almost $350,000 to 20 films. Previous grantees include Citizen Koch, After Tiller, The New Black, Remote Area Medical, Rich Hill and (T)ERROR.