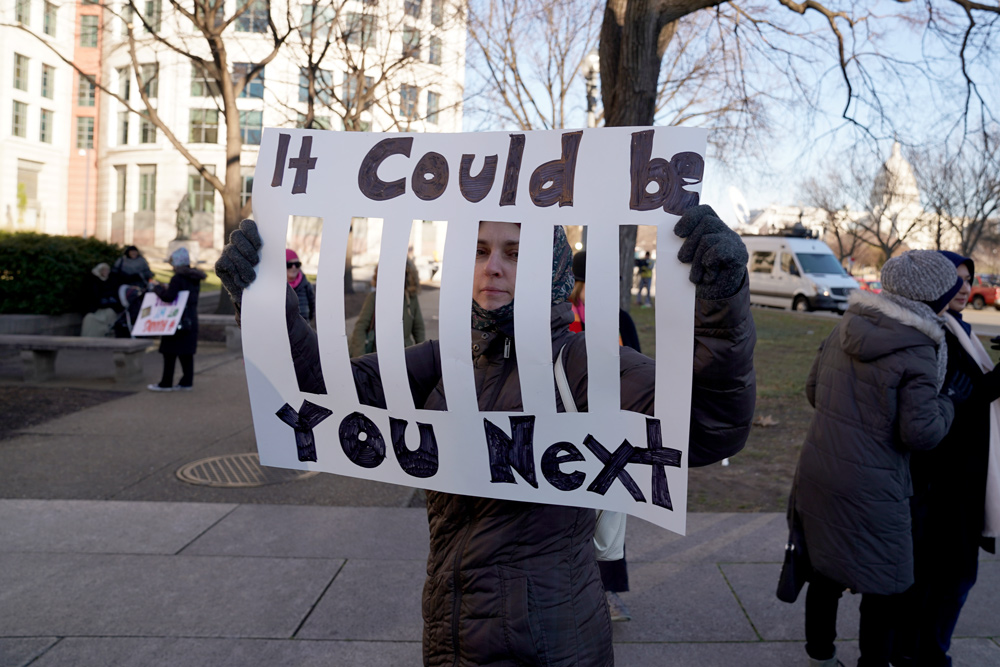 In one of Pare Lorentz’s defining films, The Plow That Broke the Plains (1936), Lorentz illustrated the impact of destructive agricultural practices with striking imagery and an artistry that moved audiences in a way that headlines did not. Its release pioneered the power of film to magnify injustice, spur national discourse and create change. More than 80 years later, the Pare Lorentz Documentary Fund continues his filmmaking legacy by supporting feature-length documentary films that reflect the spirit and nature of his work. The fund empowers filmmakers to use cinema for social justice and education. Each year, the fund focuses on select issue areas that reflect Lorentz’s legacy.

When we identified the theme of criminal justice for the Pare Lorentz Documentary Fund in January, the country was not in a global pandemic. Yet, like so many systemic issues, the novel coronavirus has only amplified the cracks in our systems.

At the time, several factors influenced our focus on criminal justice. Consensus has been building in favor of reform among voters and policy-makers. From The 1619 Project to The Marshall Project, in-depth reporting has been pressing us to rethink the troubled foundations and facets of prisons and the prison industrial complex.

Personally, while on tour with our IDA grant-writing workshop, I witnessed an extraordinary panel with the filmmakers and protagonists of the documentaries St. Louis Superman and Ernie and Joe: Crisis Cops. Activist and former Missouri state representative Bruce Franks Jr. spoke openly with police officers Ernie Steven and Joe Smarro of the San Antonio Police Department’s mental health unit. Each aired their frustrations with law enforcement, but they also offered glimpses of successful reform and collaboration in their communities. All three showed incredible vulnerability as they connected with each other over their trauma from different, but linked, lines of work. When the room was opened up for questions, an audience member stood to ask, “What can we do?”

But how does criminal justice resonate now? What will the virus do to an already broken system? With nearly two million people incarcerated in the United States, the prison population is one of the most vulnerable to the disease. What will become of those trapped in a court system put on hold? Could more states reduce sentencing for non-violent crimes to avoid infections in prison? Is there a chance that criminal justice, like health care and economic inequality, could find unexpected common ground and reform? All these pressing questions remain urgent and relevant to this year’s Pare Lorentz Open Call.

With such a broad topic, what types of films should apply?

Films that embody Pare Lorentz’s bold examination of injustices. Films that disrupt the narrative around criminal justice. This is not a call for true crime stories. This is a call for films asking questions about prison abolition, juvenile justice, reentry programs and voter rights for the formerly incarcerated, among many other possible topics. The Fund is for films that compel audiences to question the status quo of fines and prison sentencing or examine the criminalization of mental health. We need films that create a new language that will not only spur a national conversation but challenge perspectives like Pare Lorentz’s films did in their time. We need films that make people stand up and ask, “What can we do?” These are the films that should apply.

The Pare Lorentz Documentary Fund has been a program of IDA since 2011. It is made possible by The New York Community Trust. In 2020, the fund will disburse $97,000 in the form of production and post-production grants up to $25,000 per project. To learn more about Pare Lorentz, visit the Pare Lorentz Center.

Review the criteria and application for the Pare Lorentz Documentary Fund here. To accommodate the disruption brought by the coronavirus, we have extended the deadline to Sunday, June 7, 2020 at 11:59 pm PDT.

Dana Merwin is IDA’s Program Officer. Prior to joining IDA, Dana was the production manager for Al Jazeera America's documentary unit and the Peabody Award-winning series Fault Lines. She has served as a production manager on numerous film and television productions.

Tags:
Pare Lorentz
Inside the IDA