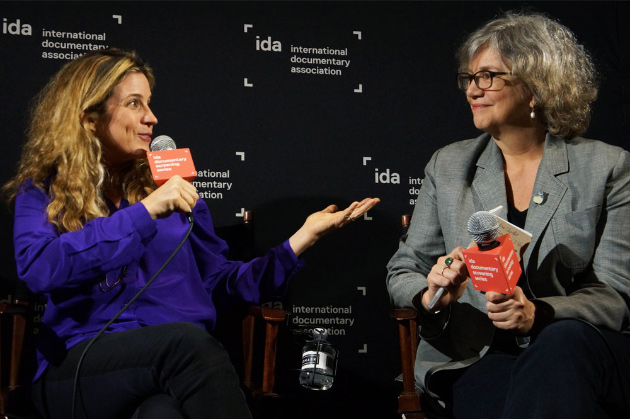 We are excited to announce the 3rd Annual Documentary Screening Series will begin September 17 with a screening of Fox Searchlight's He Named Me Malala. A Q&A with the film’s director, Davis Guggenheim, moderated by Indiewire’s Editor in Chief, Dana Harris, will take place following the screening.

Now in its third year, the IDA Documentary Screening Series brings a curated program of some of the year's most anticipated non-fiction films to an enthusiastic audience of documentary supporters, industry, guild, and IDA members. Screenings conclude with a filmmaker Q&A moderated by journalists and media personalities.

"2015 has brought us some truly wonderful and inspiring documentary films," said Simon Kilmurry, the IDA's Executive Director, “and the IDA is proud to once again showcase great non-fiction work to a connected, engaged, and informed audience.”

Presented in partnership with Indiewire, the IDA Documentary Screening Series is a curated program of some of the best documentary films of the year. Screenings take place September through November at The Landmark Theater in Los Angeles.

All screenings are free, but reservations are required. For more information and to RSVP go to documentary.org/screenings.

END_OF_DOCUMENT_TOKEN_TO_BE_REPLACED

My Experience as a IDA Documentary Screening Series Volunteer