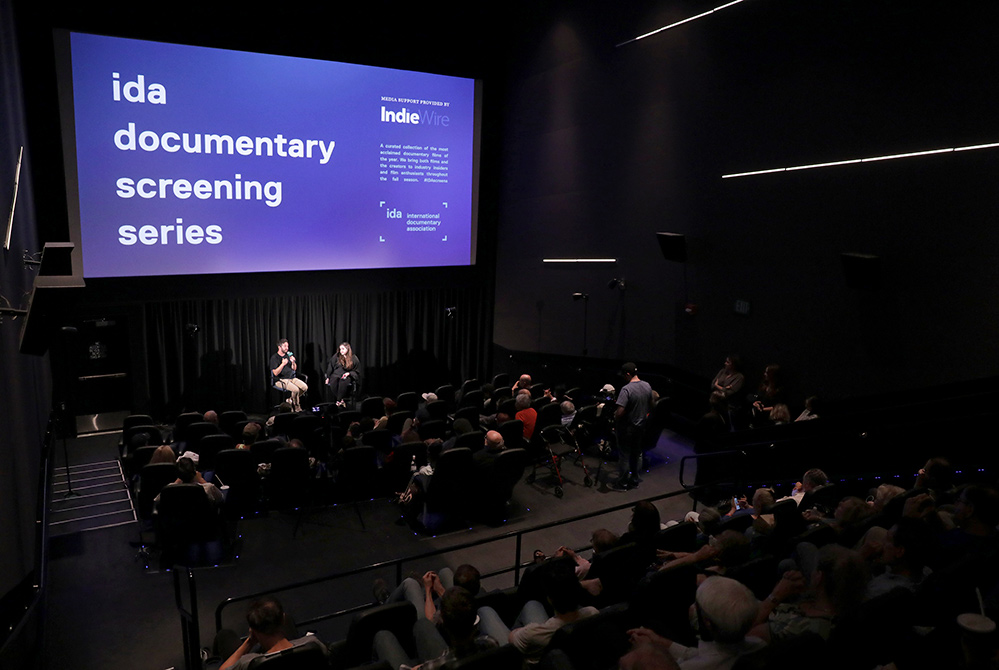 When the IDA Documentary Screening Series launched eight years ago in place of its annual DocuWeeks™ theatrical showcase, the goal was to present the most critically acclaimed documentaries of the year to awards voters and IDA members in both Los Angeles and New York City. While the purpose and goal of the Screening Series has not changed since its inception, the program has grown dramatically over the years. We went from screening 15 films in 2014 to nearly 50 films over four months in 2019. This enormous industry growth has led to an increasingly expensive and complex awards campaign model that is making it challenging for independent filmmakers to promote and elevate their projects. The success of the Series has also made the program a vital revenue source for IDA’s overall financial stability. However, we want to acknowledge the ways in which this model has contributed to the problems of career sustainability and access for independent and BIPOC filmmakers.

Last June, we outlined our commitments to support systemic change in our field. To this end, we have made several updates to IDA’s Screening Series to align with our core values and help us fulfill our mission to build and serve the needs of a thriving and equitable documentary culture. We want to publicly share with our members and industry partners how these changes will be implemented moving forward.

The Screening Series previously used a traditional pay-to-play model, offering eligible films spots in our series on a first-come, first served basis. As the series became increasingly popular, our staff played a greater role in curating the slate of films that debuted  each awards season. In our most recent awards cycle, we received nearly 100 film submissions for 35 screening opportunities. To help us curate more fairly this year, we will form a selection committee consisting of IDA staff, filmmakers and journalists to review Screening Series film submissions. The committee will review each film based on its awards viability, commitment to diversity, and artistic quality. The members of the selection committee will ensure that the curated series includes domestic and international films representing a diverse group of filmmakers and distributors.

During the 20-21 awards season, we piloted an in-kind award campaign grant program through an invitation-only process to provide event-fee waivers to five independent BIPOC filmmakers. We will expand this initiative even further for the 21/22 awards cycle through a public call for applications that are open to filmmakers with disabilities and directors or producers from historically excluded communities (including but not limited to Black, Indigenous, Latinx, Asian/Asian American, LGBTQ+). International filmmakers are welcome to apply.

The Screening Series committee will assess the grant applications to select 10 films that will be part of the curated series, at no cost to those filmmakers. The program is underwritten primarily through Screening Series event fees and supplemented with additional funds from IDA’s general operating budget.

The IDA Documentary Screening Series is now exclusive to IDA & AMPAS members, and is invitation-only to craft guild members on a case-by-case basis. This is part of our overall organizational shift to align our programs and events to meet the needs of our expanding domestic and international membership. This change was also necessary due to the impact of COVID-19 on large public events. As a staff, we are closely following local and national COVID-19 public health protocols and social-distancing measures to ensure that our in-person events are as safe as possible.

The changes we have outlined are part of IDA’s many efforts to implement its core values and help create a more equitable documentary culture. We cannot do this work alone, and we are grateful for our industry partners and sponsors whose financial support helps us fund important field-building initiatives.

END_OF_DOCUMENT_TOKEN_TO_BE_REPLACED

WATCH: Why GIDEON'S ARMY Doesn't Need to Have a Villain