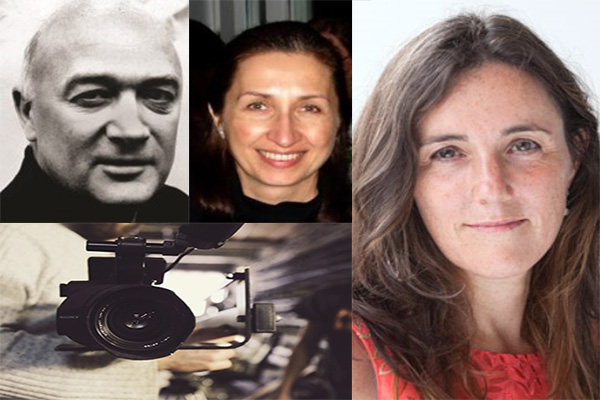 Part three of the Realscreen special report on doc financing focuses on commissioning and distribution.

"Docs will always be the strange hybrid of something that people love, but they get made in a borderline miraculous fashion and there really isn’t any way of industrializing them, because if they’re any good, they’re different."

At The Verge, Elizabeth Lopatto explores the narrative construction of nature documentaries.

Most nature documentaries don’t engage in such outright hoaxing, but staging shots or adding sound effects is common. For instance, stories about animal "families" often splice together footage of unrelated animals to create narratives that would otherwise be impossible or impractical to film. In those cases, documentaries are often telling a composite story of what typically occurs in an animal’s upbringing, rather than the story of one specific set of parents raising their young.

Audie Cornish of NPR talks to the host of a new documentary series about the musical creative process.

One of the things that's really surprising to me about these interviews is to really talk with musicians about all the unseen, unaccounted-for hours and labor that actually goes into making a hit album or hit song. There's times when the process of making music is really intuitive for an artist; it can happen really quickly, like lightning in a bottle. Actually, Miguel talked about how he wrote his Grammy-winning hit "Adorn" in 30 minutes. But generally, creating a hit song or hit record is more like what Quincy Jones would have said: It's like painting a 747 with a toothbrush. It takes a lot of detail, a lot of time, a lot of energy, a lot of unseen hours.

In retrospect, Grey Gardens – especially with its long afterlife of Tony-nominated musicals, Little Edie’s own (terrible) cabaret revue in 1978, and a 2009 HBO movie starring Drew Barrymore and Jessica Lange – does seem to bid adieu to the golden age of 60s documentary that come into being after the introduction of cheaper and more portable cameras around 1960, and the simultaneous solidification of the ideas behind direct-cinema and cinema-verite. The non-intrusive fly-on-the-wall approach – do nothing to influence or affect the things you are filming – suddenly seems inappropriate, given the presence of two characters who are always performing and are addicted to drama. Indeed, the presence of the camera itself prompts everything we see, and becomes itself the story of the film: an audience necessitates a performance, and what performances we get.

"Making a documentary film often requires years of effort, with no certainty of profit upon completion. With the abundance of affordable technology and proliferation of online platforms, anyone can make and share a film, so funding and distribution are more competitive than ever. What's a filmmaker to do? Is a "career" in documentary film even possible? If so, do any proven strategies exist to support the leap from aspirant to professional?"

END_OF_DOCUMENT_TOKEN_TO_BE_REPLACED

When Docs Go Wild: The Challenges of Nature Filmmaking