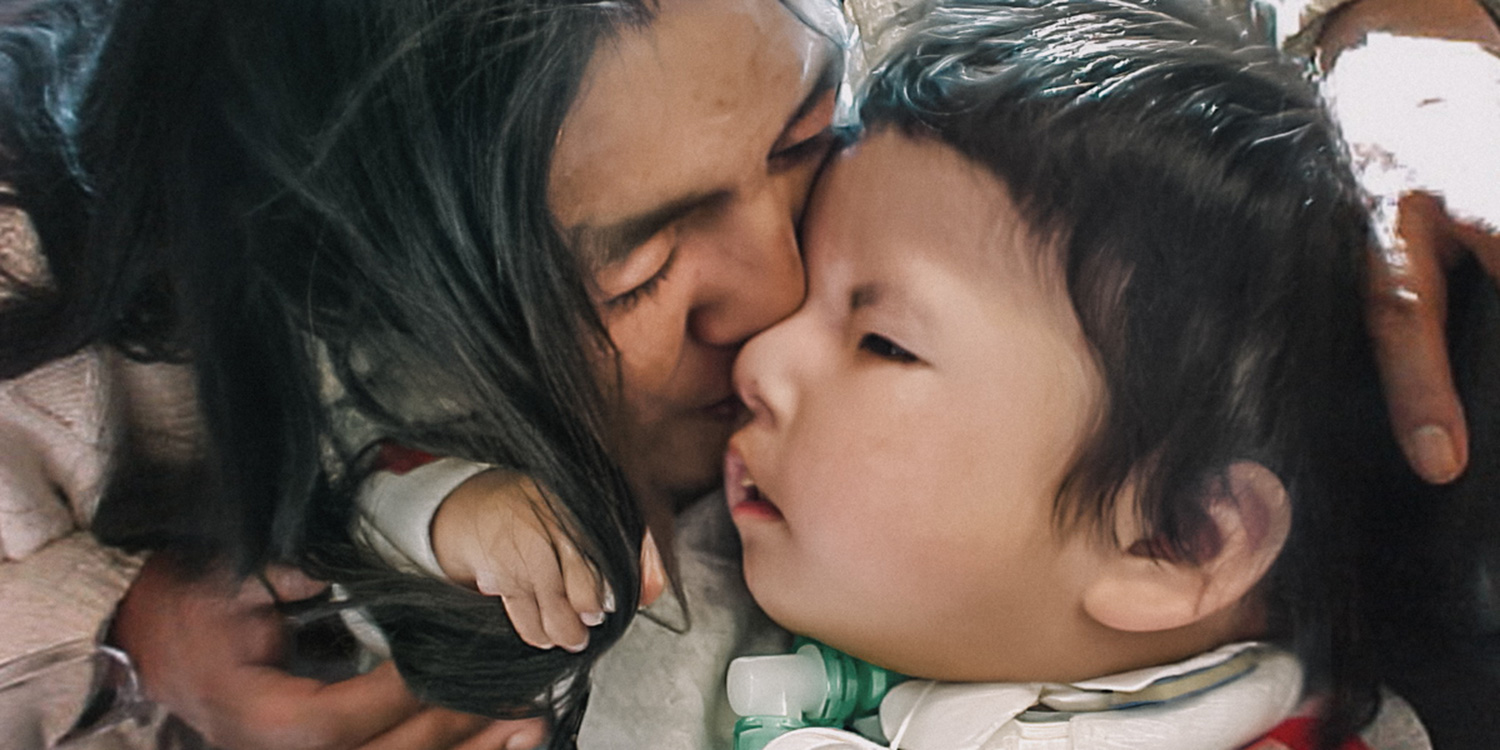 On the eve of the premiere of Alanis Obonsawin’s Jordan River Anderson, The Messenger at the Toronto International Film Festival, POV Magazine’s Pat Mullen looks at the Abenaki-Canadian filmmaker’s recent cycle of work that addresses the rights of Indigenous children.

The Abenaki director’s 53rd film completes her recent chapter of work that focuses on the rights of Indigenous children. The film tells the story of Jordan River Anderson, a young boy from Norway House, Manitoba, who died in hospital while the provincial and federal governments squabbled about who would pay his medical bills. His death inspired “Jordan’s Principle,” an law made in his honour that fights for Indigenous children and connects several films in Obomsawin’s recent chapter. The cycle began with Obomsawin’s 2012 doc The People of the Kattawapiskak River.

“It was definitely a challenge, but also exciting to flex different muscles and learn a lot about this relatively new medium,” he said. “I don’t believe VR as a tool of social justice or advocacy is a common idea yet, and I think there’s a great potential with it to change perspectives on a story, and for audiences to really experience a story in a new way that is more impactful.”

Wang said that she has been saddened when friends have confronted her about how she has portrayed China. “They think that I have changed, and that I was brainwashed in the West,” she said. “I hate to see the injustice, the dissatisfaction, and seeing my loved ones being oblivious to propaganda—but there’s nothing more I can do.”

The looseness of Story’s approach has been commented upon by some critics as undermining any sort of underlying message; that for all the specificity of the film’s time and place, it is lacking in any sort of clear context. However, Story’s seemingly free-form structure belies the rigorous thought and discourse she uses to articulate our current liminal state of urgency and stagnation. While the usual tropes of documentary context are missing (there is no onscreen text telling us who the subjects are, nor where we are in the city at any given time), there are contextual frameworks at play.

Writing for the Sundance Institute Blog, Dana Kendall reports on the Documentary Edit and Story Lab.

The biggest takeaway for me from the lab was fully understanding the impact of the first five minutes of a film in setting up its specific language, story, and emotion. As the week unfolded, many of the teams reworked their documentary’s beginnings, revealing in the end just how pivotal the opening can be in capturing the essence of a film, and in turn, captivating the audience.

Covering specialized box office has largely come to mean covering documentaries. They’re no longer a subset; these films are the top performers for art-house theaters. But as distributors begin the fall-festival prowl for new titles, the nonfiction market isn’t as strong as it might appear.

The Los Angeles Times’ Kenneth Turan talks to filmmaker Dror Moreh about his latest work, The Human Factor, about the history of US mediation in the Middle East peace process.

Because The Human Factor is on one level a talking-heads movie that conveys very detailed information, Moreh says it was “the toughest of all my movies to try to create drama. How do you make diplomacy interesting to people? A lot of effort went into that, went into shaping the stories to get the essence. The editor became richer than me for this movie.”

The Hollywood Reporter’s Eriq Gardner digs into the lawsuit filed by the Michael Jackson Estate against HBO over the Leaving Neverland documentary.

The first thing to recognize about the lawsuit filed on Feb. 21 by the Michael Jackson Estate is that it was quite atypical from the get-go and has only grown more curious in the months since. But the case also could represent a harbinger of what's to come given the rise of #metoo, the prevalence of arbitration in corporate America and the way in which federal courts are sometimes wrestling with procedure in First Amendment disputes.

From the Archive, Spring 2017, "Ripple Effect: 'The Prison in Twelve Landscapes' Traces the Geography of the Carceral State"

About four years ago, I knew I wanted to make a film about the politics of the prison system, but one that was different from the usual kind of images, [something other than] what stands in for the dominant prison documentary at this point. Those films can be really powerful, but we have so many of them. I wanted to do something different and sort of suggest, Well, what happens if we resituate where the prison is? The whole suggestion of the film is that we don't have to go to the actual far away [pris-on] building in order to be confronted with its consequences and its effects in our world."