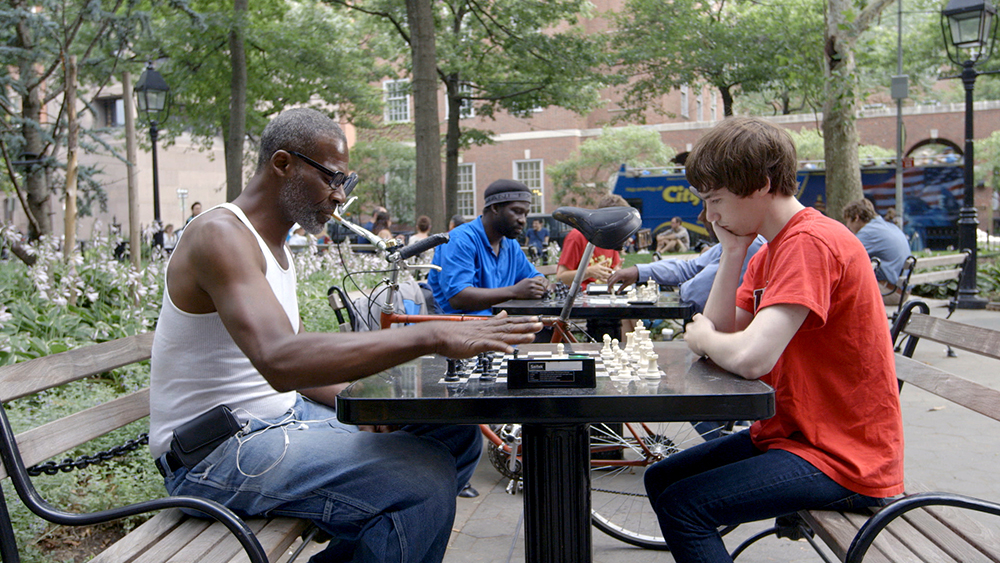 Things are rarely black and white in the realm of nonfiction, but when it comes to social justice in these United States, events can seem to align like pieces on a chess board. So, it may not come as a surprise when a racial divide is gradually revealed in Brett Story's latest documentary, The Prison in Twelve Landscapes. As for just when this revelation becomes apparent, and the effects of said revelation upon the viewing audience, well, answers may vary. Story and her team have crafted a film that allows its audience to learn about the industry of incarceration in the US without forcing polemics or a subjective point of view (read: propaganda) into the narrative. A self-described geog-rapher (and, one presumes, anthropologist), Story approaches her subject matter with a circum-scribed sensitivity and a particular paradox firmly in mind: as prisons continue to grow—there are presently 2.2 million people incarcerated in the United States—their accessibility is shrinking at an exponential rate. Not only are journalists and researchers increasingly denied access to the world within a prison's walls, those walls are being built further away from population centers, rendering them less visible to the public, and even more removed from the families and friends of those with-in.

"This film is really about the geographies of the prison system," Story explains. "About four years ago, I knew I wanted to make a film about the politics of the prison system, but one that was dif-ferent from the usual kind of images, [something other than] what stands in for the dominant pris-on documentary at this point. Those films can be really powerful, but we have so many of them. I wanted to do something different and sort of suggest, Well, what happens if we resituate where the prison is? The whole suggestion of the film is that we don't have to go to the actual far away [pris-on] building in order to be confronted with its consequences and its effects in our world."

The vignettes that form Twelve Landscapes fit together like a three-dimensional puzzle, one that spans time and place as the film visits communities from coast to coast, and travels from the civil unrest of present day to the riots of the late 1960s. The ordering of its sequences is a delicate bal-ance that Story and her editor, Avrïl Jacobson, spent two months arranging and rearranging in or-der to get it right.

According to Story, there were a couple of things that she knew: "I knew how the film was going to begin. I knew how the film was going to end. I knew that the St. Louis scenes should be the heart of the film. Everything else was unclear. And it doesn't seem like there would be that many different orders to try, but actually the permutations of the ordering of those 12 scenes is in the mil-lions. It was a lot of trial and error, and it took a long time. But if that juxtaposition can create a sense of a moment from which you have to rethink something that you've already experienced and experience it in a new way, in retrospect, that can be really satisfying."

Story adds, "The research to this [project] is very different for each scene, but the St. Louis scene in particular was one of the very last that we filmed. We had already started editing, and I had been following the case of Mike Brown like everyone else in the country, and I was really interested in these reports being put out by the Arch City Defenders that there's a problem of over-policing in the area."

It is in the parking lot of one of these courthouses that the racial divide alluded to earlier becomes embarrassingly apparent. As Story elaborates, "In some cases, like in my film, it's not even a real courthouse. It's a middle-school gymnasium that's being used because the actual court is too small to hold all the people that are there to pay their fines. And everything you need to know about who is being tagged by police and by this system of overfining, you can read right into the lineup." 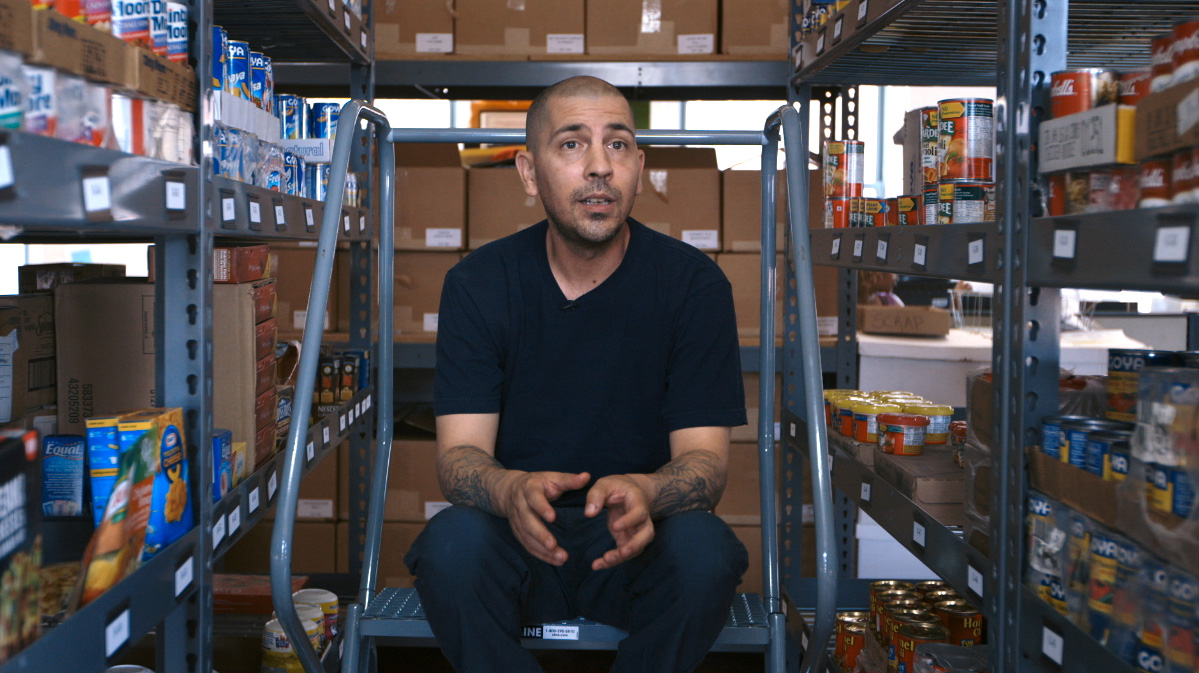 One of the most chilling moments in the documentary comes during a seemingly innocuous ride-along through St. Louis County and its surrounding municipalities. Riding shotgun, the group's guide, Derek, turns to them and explains, "I know y'all Canadian, and y'all probably not used to hearing this word, but you can kill a nigger any time you feel like it." There's a barely perceptible edit before he adds, "Black lives don't matter... here in America."

When asked about some of her influences for the film, Story cites the Maysles brothers, Barbara Kopple and Peter Watkins, whose La Commune was a particular inspiration. She also mentions the 1993 documentary/fiction hybrid, François Girard's Thirty-Two Short Films About Glenn Gould.

She explains, "I was revisiting that film in order to see how they designed the separate chapters, and was so entranced by the music that I decided to include one of the Goldberg Variations as the musical score to the very last scene of my film."

Story's difficulty with gaining access to the prison system brings about an approach to the film's subject matter that is more lateral, or what Story refers to as associative. Structurally and themati-cally, it is similar to a ripple effect, where we witness the impact of prison on people's lives with-out ever seeing the inside of the prison itself. This may be why Story also cites Michael Moore's Roger and Me as another influence for the film. Moore's inability to penetrate Detroit's inner sanc-tum became the running joke of his documentary, one that he ran with, casting himself as a modern day Quixote with a microphone for his lance, the car industry as his windmills and his invisible film crew filling in for Sancho Panza. 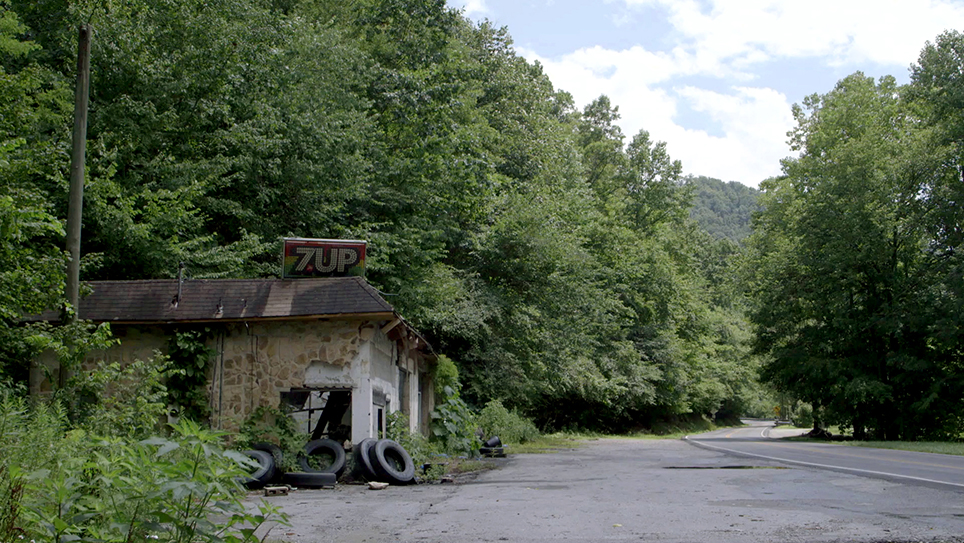 The Prison in Twelve Landscapes doesn't echo Moore's trademark cheekiness. The film begins somberly as it joins commuters on their way to an undisclosed location. This is a quiet journey, one whose rhythm is rather hypnotic as Maya Bankovic's cinematography floats above Simon Gervais' sound design, and we are slowly immersed into a movie that will ask us to also pay attention to what is not being said. It is a subtle but effective technique, a calming metronome of sorts that is suddenly peppered by an unseen stimulus as disembodied voices leave messages for loved ones. As for whose voices they are, or why we are listening to them, all will be revealed…eventually.

There is an assortment of characters in Twelve Landscapes, each with a unique perspective on whether the privatization of the prison system is a boon or a bane upon the community. One of the more lighthearted characters is an elderly chess player—and ex-convict—staking his claim in New York City's Washington Square Park. Flashing a lopsided smile, he drops pearls of wisdom onto the filmmakers in between bouts of competitive chess. It turns out that chess is the cerebral version of the prison workout.

"I thought I was pretty good at playing chess," says Story, "and every single one of those guys beat me. And it helped us to think about the economics of coming out of prison and not being able to find a job. But the other thing is a reminder of the amount of talent and intelligence and creativity of the people that are locked up."

Story and Jacobson employ a deft touch as they string together their documentary in a way that asks its audience to draw its own conclusions, and, as Story states in her press release, "challenge some common assumptions about where the penitentiary ends and the outside world begins."

The Prison in Twelve Landscapes was recently nominated for a 2017 Canadian Screen Award (their equivalent of the Academy Awards) for Best Canadian Feature Documentary. The film premieres May 8 on PBS' Independent Lens.

END_OF_DOCUMENT_TOKEN_TO_BE_REPLACED

Getting the Story: 'At the Death House Door' Picks Up Where 'Chicago Tribune' Leaves Off

Tales from the Trenches: The Truth Behind Bars