The Copyright Office's decisions are never a sure bet, and free expression becomes the victim as a result. Just three years ago, for example, we argued for an exemption to circumvent digital locks on Blu-Ray disks before the Copyright Office and didn't get it. This time around, while we clarified some language, we didn't change much else and yet we won. The unpredictability of the decision-making process also stifles innovation. How can artists justify investing time and money into cutting edge technologies if their ability to use them in just a couple of years without violating Section 1201 of the DMCA is uncertain? Not to mention the fact that many of these technologies are developed and enhanced several times over within the three-year timespan between exemption decisions. If filmmakers use these technologies to incorporate copyrighted materials into their work under fair use, but the technology is too young to have an exemption, the filmmakers put themselves at risk. The current system simply can’t keep up with technological developments in the field.

Right now, women directors who recognize that they are not likely to get hired as a director have to make some decisions. Do they hang out in Hollywood and keep trying, despite their frustration and the demoralizing situation of not being able to work? Do they quit the business? Or do they try to make a go of it on their own? Many of them, including myself, take a stab at Hollywood, read the writing on the wall, and then find a home in the independent film world. We have basically created a vibrant subculture apart from the Hollywood mainstream in order to become filmmakers and to tell different kinds of stories. The reason we can thrive in this subculture is that we have devised a way around the fact that men don’t hire us. And that is: we hire ourselves. I started my own — albeit tiny — production company, and hired myself as a director. Most of my colleagues in independent film do pretty much the same thing.

The cutting edge of documentary practice is in what we call new media interfaces. In fact, the works I looked at were from all over the world, not just the U.S. This is exploiting the affordances in new media technologies to think about creating a more modular documentary format that is bringing different voices into play but also very different structures. These are works that are not just about telling a story, but they're about making arguments and providing explanations that are perhaps more analytical. The American-centric way of thinking about documentary is it's got a character, and it has a story, but that's not normative, actually, around the world. So what we see in new media forms is different affordances. We're seeing modularity, little pieces of something, a lot of data visualization in these projects. We're seeing short little pieces that are done in a more analog way, but they're embedded in data visualization, or they'll be complex websites that have enormous, dense, rich information that creates context. They will be not so much that causal narrative chain as much as different kinds of associative linkages that are mapped out in different kinds of ways. … It's a very important area of documentary, and I think it's probably the most innovative now.

Over at Variety, Addie Morfoot examines the gender bias in the world of documentary:

Despite the promising Oscar numbers, prominent nonfiction female filmmakers attest to gender bias in the community even after winning a little golden man. Learning to Drive screenwriter Sarah Kernochan has won two Academy Awards for her nonfiction work, the first for 1972 feature Marjoe and the second for 2001 short Thoth. "My co-director on Marjoe was a man, Howard Smith," Kernochan says. "He was good about thrusting me forward so people would have to deal with me as well, because they would automatically talk to him (about the film) and often I was the one with the answers. When I split up with him, there were no opportunities for me, but there were definitely opportunities for him. The Oscar didn’t get me anywhere at all because it was assumed that Howard did all the work and I was just the tag-along. The second Oscar, it had absolutely no effect. I think one person asked to meet with me. One! And it was just a meet and greet. It didn't lead to a job. That would have never happened with a man. Especially a young man."

From the archives, February / March 2005 -- Women Make Movies – And Distribute Them Too:

WMM's success in the distribution realm doesn't mean that the organization is ignoring its production roots. WMM also offers a unique Production Assistance Program (PAP), which provides training, fiscal sponsorship and information services to independent media artists. All Over Me (Alex and Sylvia Sichel, prods./dirs) and the film adaptation of Anna Deavere Smith's Twilight: Los Angeles, 1992 (Marc Levin, dir.; Anna Deavere Smith, Ezra Swerdlow, prods.) are just two of the 80 projects that have been completed through PAP. Zimmerman credits the market, the filmmakers WMM works with, her small industrious staff and the support of her board of directors not only for the organization's success, but also for her ever-increasing ability to re-invent herself. She has been called upon to give distribution and production presentations both in the US and abroad. Indeed, she has been encouraged to be more of a presence at festivals by WMM board members, who include such industry players as Leslie Fields-Cruz of the National Black Programming Consortium, Kathryn Galán of the National Association of Latino Independent Producers, Marian Masone of the Film Society of Lincoln Center, Bienvenida Matias of the Association of Independent Video and Filmmakers and Diane Weyermann of the Sundance Institute.

END_OF_DOCUMENT_TOKEN_TO_BE_REPLACED 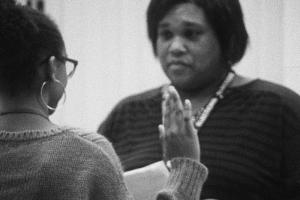 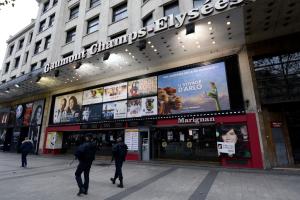 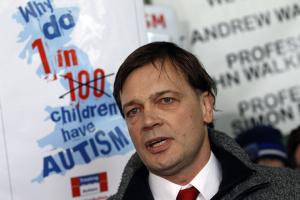 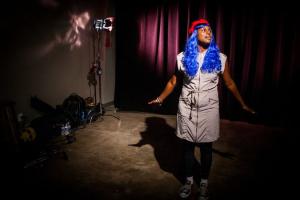 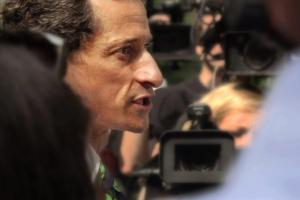 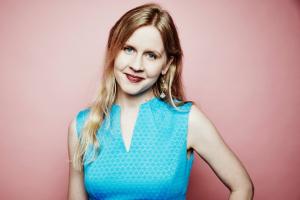