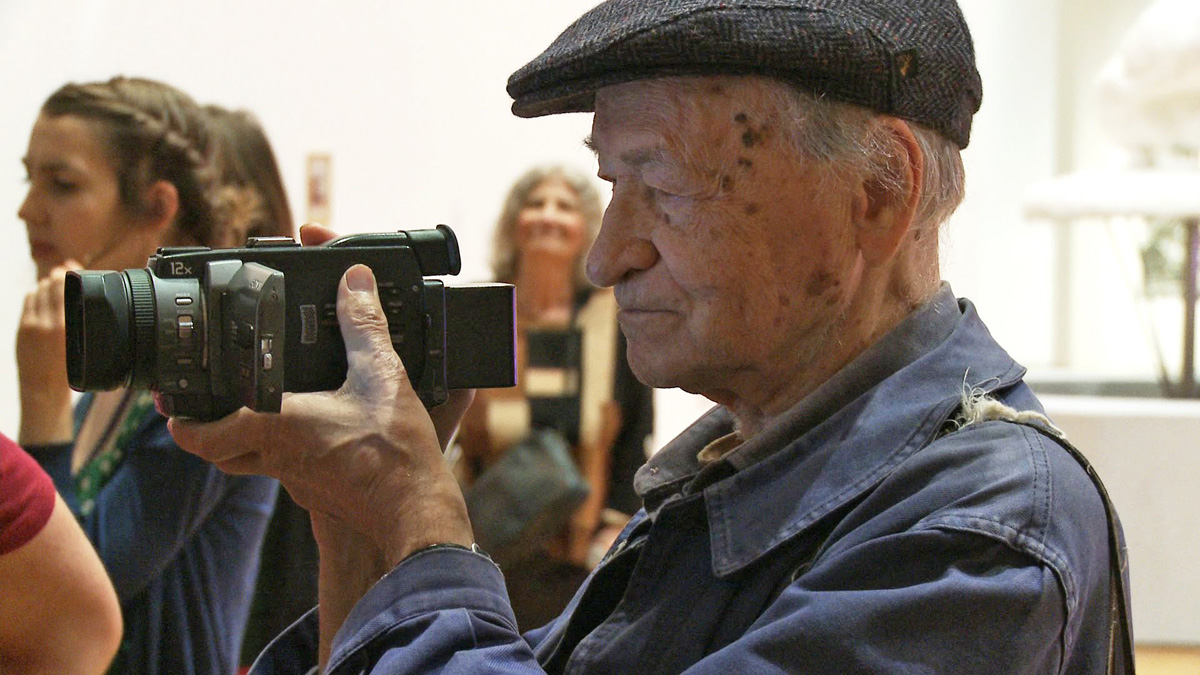 "My films are about the present moment. You cannot film a memory. But yeah, how I film is affected by what I am made of — from the moment when I was born, I was made by every moment, every second I lived, and already even generations before were in me already. Otherwise, how would I learn to speak or anything? So, I’m like a last leaf of a big, big tree that goes, you know, centuries and centuries back. So that whatever I do and say, how I film, is affected by what I am. But what I film is now — not a second before, not a second that will come, but what is now, the present moment. And that is not memory."

The film is a form of justice. Strong Island is so quiet, so dignified—if that is not too Booker T. Washington a thing to say. There is no hint of Rodney King or the gangsta rap of that time, 1992, the year of William Ford, Jr.,’s death. Respectful attention must be paid, because grief is in the room.

From the Sundance Institute Blog, filmmaker Laura Poitras talks to her Documentary Edit and Story Lab mentee Jennifer Brea about the making of Unrest.

"I remember – very vividly – watching the first cut of Unrest at the Documentary Edit and Story Lab and I felt the film was working in two different ways. There was a way in which it was showing that this disease is real, and recognizing the importance of actual information because this is a disease that people have stereotyped as being in the sufferer’s head. That came through very strongly in that cut. But I felt that there was something else that was, not missing, but that wasn’t there. It was the difference between the film being about something, versus the film full embodying something."

It is surely a coincidence that these two similarly themed films appeared at the same time after spending years in pre- and post-production. Yet… documentary seems a more congenial genre for women in Mexico than fiction. It is telling that Mexican theaters are currently full of local romantic comedies whose target audience is young and female but whose directors are all male. Beyond gender, the question of age is vital here. After her New York screening, Maya Goded said that the subject of her documentary is not so much sex work as the possibility of getting older and remaining sexually active. It is a combination that remains as taboo in Mexico as elsewhere.

Wang and Xu are established names whose works speak to the intersection between cinema and contemporary art. Both of their films belong to the category of experimental/conceptual documentary, and together they provide distinctive windows into contemporary Chinese society. At the same time, the differences between them couldn’t be any greater. They are formal opposites: when handling images of the real, Wang is minimalist, and abstinent, austere, while Xu is maximalist, provocative and melodramatic.

From the Archives, Spring 2010: "Have Docs, Will Travel: Mexico’s Movable Film Fest"

"It is very important that today, more than ever, documentaries get more and more popular, that people have more access to these types of topics and to this level of reflection and questioning," says Diego Luna. "And that we use film as a tool for change."

END_OF_DOCUMENT_TOKEN_TO_BE_REPLACED

The New Chinese Documentary: Building the Bridge between East and West

For Laura Poitras, 'Risk' Is No Game