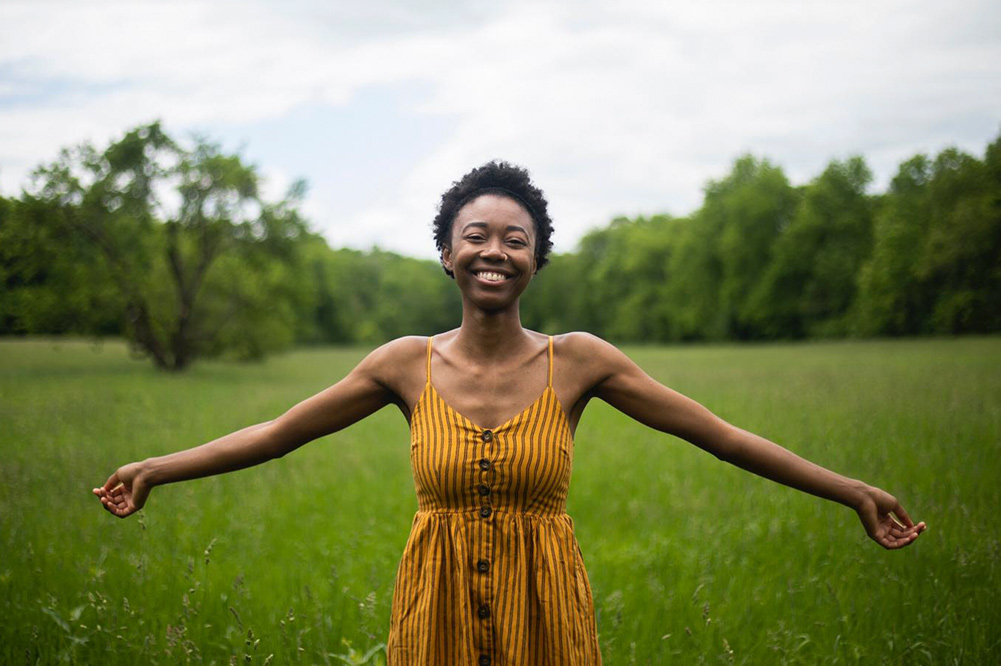 Elodie Edjang is a documentary story consultant and cinematographer from Atlanta, Georgia. She holds an MFA in Documentary Media from Northwestern University and earned a BA in Anthropology and a BAJ in Advertising from the University of Georgia. She is currently directing a short documentary about Kartemquin Films co-founder Gordon Quinn and working on an IDA fiscally-sponsored project, Queer Christians (working title), a feature-length documentary about queer Christian women of color. Elodie is a 2019 NeXt Doc Fellow and currently serves on the mentorship committee for the Alliance of Documentary Editors. Previously, she worked as the lead video editor for a Chicago-based production company. She has a personal investment in community-building and sharing knowledge and resources to expand representation in the documentary field.

IDA: What drew you to want to tell the story of your current film, Queer Christians?

ELODIE EDJANG: The film highlights three different women of color and follows the varying ways they live out their faith. The film also explores what it means to be in a community and the sacrifices one has to make to belong to communities who may at times hold opposing views. The project started out as kind of a thought experiment, where I wanted use the flawed logic of some church-goers to poke a hole in their homophobic rhetoric. Through my research, I was introduced to a vast world of queer Christian communities who were also working through some of the similar questions and thoughts that I had. I was excited to see if we could work together to share some of those perspectives. Like many other spaces in mainstream society, there tends to be a heavy emphasis on the perspective and experience of men, and the Bible and traditional church communities are no exceptions. Even when discussing gay people, men tend to be at the forefront. So, I knew I wanted to have the participants of my film be women of color.

IDA: What piece of advice would you give to emerging filmmakers of marginalized identity who are new to the documentary field?

EE: I would encourage people to find a community of like-minded people who share and understand your background. No one’s life is exactly the same, but being able to start from a common baseline makes a huge difference. Fellowships, internships and formal programs are great. I’ve made a lot of friends and connections through those avenues, but also don’t hesitate to reach out and email someone whose work you admire to ask what communities they’re tapped into.

IDA: What is one thing you like to do as an exercise in finding joy?

EE: I start off my mornings by listening and singing along to the Destiny’s Child song "Happy Face." It’s been acting as a positive affirmation for over a year now.

EE: I only became a member last year but have found that IDA seems to take into account the current needs of filmmakers and tries to provide opportunities for them to use IDA’s platform to address some of those needs. For example in 2020, I spoke on an IDA panel about the different government support options for freelance filmmakers during the beginning of the COVID-19 lockdowns in the United States. IDA was proactive about organizing panels and resources to help filmmakers better navigate these changes.