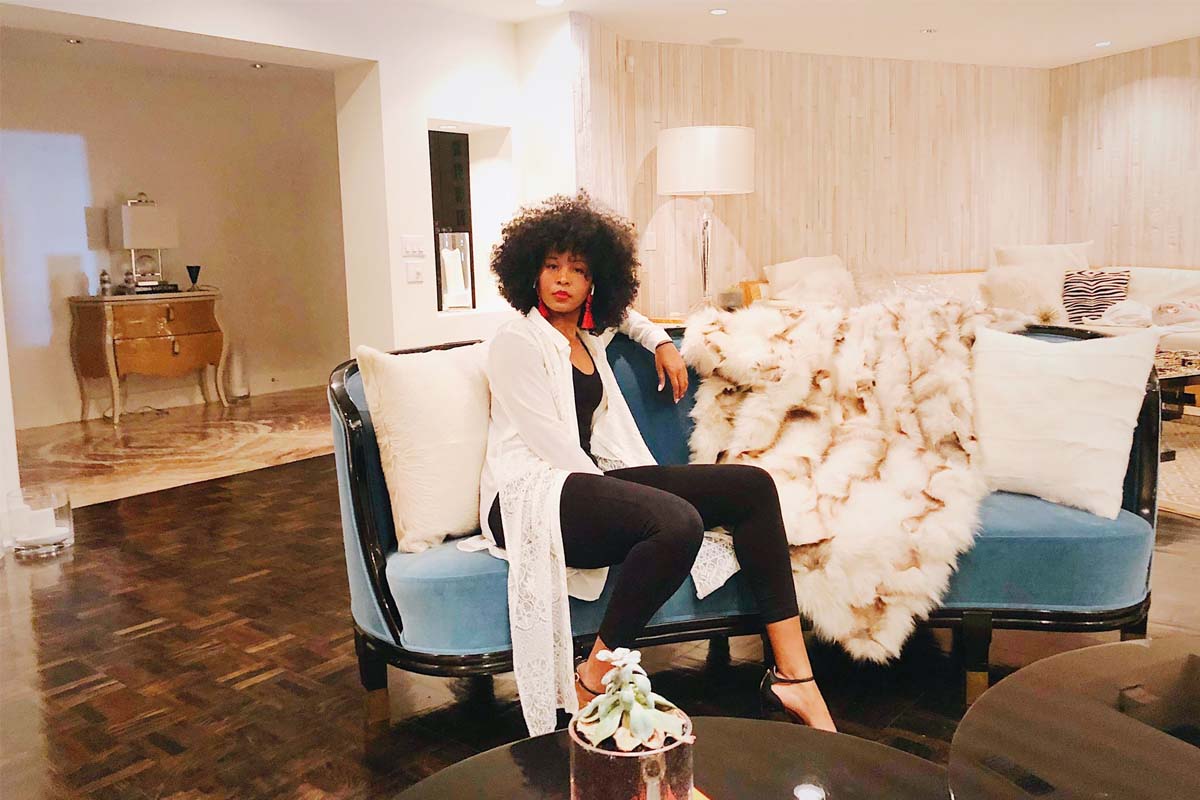 De’Onna "Tree" Young-Stephens is an award-winning writer and director based in Los Angeles, California. She was born and raised in Walkertown, North Carolina where she developed an interest in film at age eight while enrolled at the University of North Carolina School of the Arts. After earning a BS in Public Relations at North Carolina Agricultural and Technical State University, Tree moved to Atlanta and got her first job working as a day player on the film 42. She later went on to work as a personal assistant for Taraji P. Henson, Octavia Spencer, and Janelle Monáe on Hidden Figures and as a second assistant director on numerous films in the Atlanta area. Most recently, she received her MFA from the University of Southern California’s School of Cinematic Arts and received a Student Academy Award and KCET Fine Cut Film Festival Award for her latest short documentary, Not Just a Name.

IDA: What drew you to want to tell the story of your current film, Not Just a Name?

DE’ONNA TREE YOUNG-STEPHENS: My personal experience with my name drew me to want to tell the story of Not Just a Name. I have a personal connection with the topic because I suffered from "name-shaming" as a child. My teachers and peers would shorten my name without my permission, and I always felt like something was wrong with my name. As I got older, I realized my name is a part of my identity and it’s beautiful. l should embrace it even if it makes others uncomfortable. Furthermore, as a filmmaker, I am passionate about social change—films that urge the viewer to engage, analyze injustice and create the world anew—as well as films that push the boundaries of self-actualization, that tell stories about protagonists who are brave enough to ask the big questions about life, the world and identity.

IDA: As an emerging filmmaker, what has been the biggest resource to you?

DTYS: The biggest resource for me has been community and mentorship. While at USC, my professors always talked about the importance of collaboration. I made lifelong friends in grad school, and after graduating I found that there's nothing like having a supportive community of filmmaker friends that I can collaborate with for the rest of my life. It's been extremely valuable.

Mentorship has played an incredible role in my journey as a filmmaker. It's nice to have someone that believes in you and your ideas.

IDA: Can you describe what traits you look for within a mentor?

DTYS: I look for experience, freedom of expression, fearlessness, openness, knowledge of the topic.

IDA: What is one thing you like to do as an exercise in finding joy?

DTYS: This might sound weird, but I like to sit in my car for hours and read, people watch, look at the scenery and write about it.

DTYS: I’m working on a few projects, but right now I’m focused on expanding Not Just a Name. While the documentary was specifically about ethnic Black names in America, I was blessed to interview people from various walks of life and learn about their experiences with their name. I want to bring awareness to this topic because it’s so expansive. It can range from changing your last name to assimilate into a specific culture to highlighting the mythical aspects of names as well.