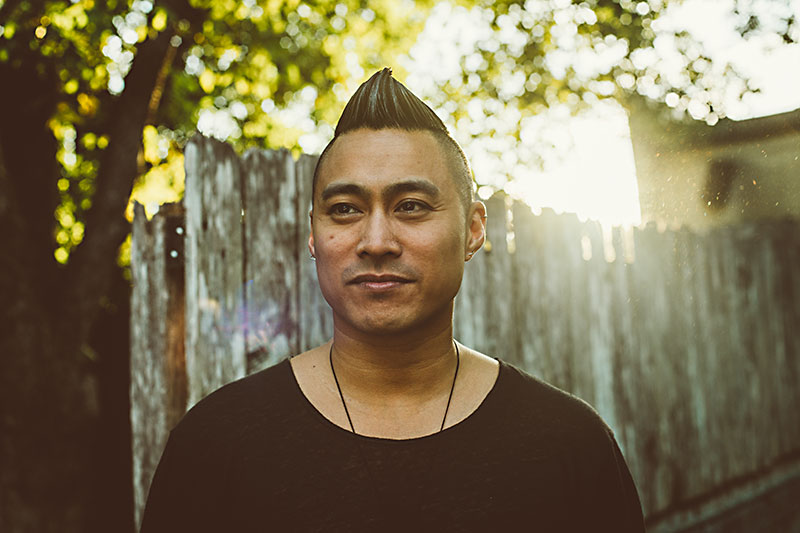 PJ Raval is a Filipinx-American filmmaker who has been making waves in the filmmaking industry for two decades. Growing up as a queer, first-generation Filipinx-American, PJ’s siloed experience molded his filmmaking into what it is today. His work takes a lens to the marginalized identities within the LGBTQ+ community.

IDA: Your 2018 documentary, Call Her Ganda, follows the story of Jennifer Laude, a trans woman who was murdered by a U.S. Marine in Olongapo, Philippines.

I listened to your Keynote at SXSW, and you mentioned that when you were first presented with the idea of creating a documentary on this case, you felt like you weren’t the right person to tell the story, that perhaps you weren’t connected to the Philippines enough. Ultimately you did direct the film, and you got to learn more of her story, see the Laude family get justice for Jennifer, and premiere the film worldwide but more than two years later, Filipino President Duterte pardoned her murderer. How has your perspective changed over the last two years? Does the feeling of being disconnected seem distant now?

PJ Raval: Well, it wasn't so much feeling disconnected per se, but perhaps more a concern of being an outsider, and a privileged one at that. Having been born and raised in the US, I carry a certain amount of privilege in the Philippines that I was very aware of at the time when this potential documentary presented itself. But in the process of speaking with the subjects and taking a more introspective look at my previous experiences and personal histories, I started to understand I hold a unique perspective and that is something for me to embrace as an advantage.

Many scholars have written about “liminality”—an in-between space for many individuals who are part of a diaspora experience. As a queer, Filipinx individual who grew up in a largely white, conservative small town where no one looked like me, I was always deeply aware of the multiple identities that I hold. I am aware of the violence and fear of potential violence many queer individuals experience. But as someone educated in the California public school system in the ‘80s, I also know firsthand how the Philippines has been largely overlooked, ignored, and conveniently omitted from the US textbooks, despite the US’ overwhelming and undeniable influence on Philippine history. Growing up with immigrant parents, I have a very specific relationship to the US and the “American Dream” that has been so heavily influenced by generations of US imperialism in the Philippines and me having grown up in a system of white supremacy. So with this liminal point of view, along with my resources as a US filmmaker, I realized I had an opportunity to learn and perhaps make the film I wish I myself could see, to have a deeper understanding of how US imperialism has greatly affected the Philippines.

What I wasn’t expecting was how much the experience would inform my understanding of my own mental colonization as someone growing up in the US. So the film has been an unexpected and ongoing personal process of self decolonizing. I was recently on a panel with the brilliant Naomi Fontanos, who’s featured in the documentary. She linked white supremacy and transphobia to imperialism and the eradication of otherness and the need for the LGBTQ+ communities to identify as anti-imperialists to truly embrace a liberated nonbinary consciousness.

IDA: In our recent Getting Real ’20 conference, Sam Feder explained that when making Disclosure, they prioritized hiring trans people, and for every non-trans person they hired, that person would mentor a trans Fellow. This dynamic of paying it forward and supporting the community within the community has the power to create systemic change. In this regard, as a filmmaker, what are you doing to uplift fellow LGBTQ+ members to ensure that they’re being supported within the industry?

PJR: As people in this world in general, we have to give back. Many Indigenous cultures in the Philippines practice a “natural order,” which is to learn and teach and share and accept. I have been thinking a lot about these ideas lately as we live through a world ravaged by a pandemic! In my own experience, individuals have had pronounced effects on me, whether it be sharing knowledge or the simple act of making me feel heard, if even momentarily. So I am very committed to mentorship as one way to give back. But also I try to be available, present, and accessible. I know what it’s like to wish to speak with someone and they don't give you the time of day, so I always try to engage because I know the confidence it takes just to reach out. So even the simple act of responding to that email or Instagram message from someone I don’t know, or be willing to give advice or share information, can go a long way.

In our current moment, just showing up helps too. Support comes in many forms, and sometimes it’s simply being in the audience—and not just for awards campaign screenings! Particularly, we need to be there for emerging filmmakers. We all know what it feels like when a filmmaker you know of takes the time to watch your work. Their attention and presence doesn’t validate you, but it does hopefully encourage you. I’m guilty of claiming I’m too busy or too overstretched, but I’m always trying to make time.

In more recent years, I have also been more active as an arts organizer. I’m a co-founder and board president of a queer transmedia arts organization called OUTsider. Our mission is to center queer intersectionality in the arts, so most of our programs showcase the work of trans, BIPOC and, emerging artists, and new forms of art. We are also highly focused on being intergenerational, so we have a Legacy Award we give each year to an artist we feel has been overlooked in their brilliance and contributions. Like many queers of my generation, I also have a history of queer community organizing because one thing is for sure: the queer community has been amazing in building our own spaces. Someone won't let you in? F*ck it, go build your own space and let everyone in! Our means of survival AND the creativity and independence that comes with it has also been our largest asset. This type of organizing has been a lifeline for me, especially as I find myself in more commercially driven spaces and industries these days. I have a constant reminder of my queer, DIY roots. In addition to this type of work, I have also made a point to be active in primarily non-queer spaces because I want my queerness to help build community and solidarity across groups.