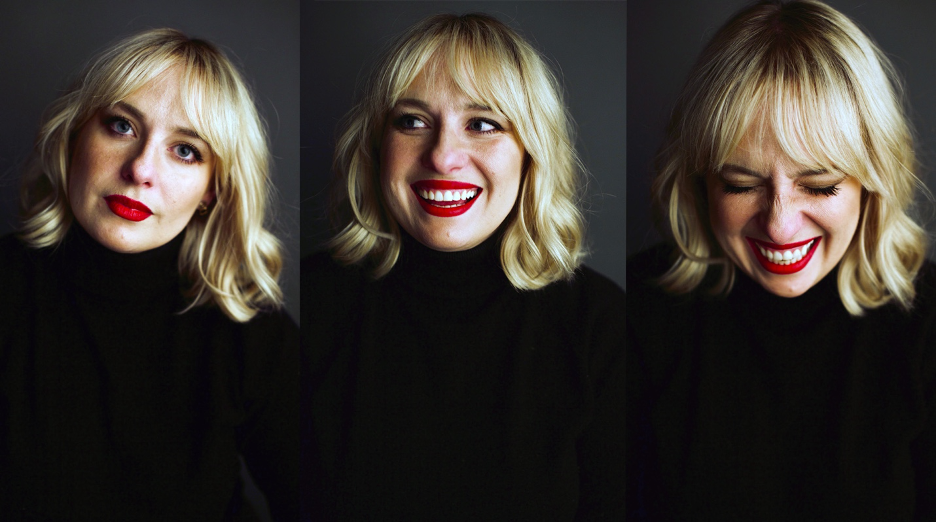 Afton Quast Saler is a documentary and narrative fiction filmmaker, writer, and performer, who is committed to disability and mental health advocacy through the arts. She started her professional career in the arts at 13 years old, touring as an actress in Europe and regional theaters across the country. After training at the T. Schreiber Studio Conservatory in New York City, where she would begin writing short plays, she began to discover the purest reflection of herself in a passion for writing, directing, and creating her own work. Afton’s writing has since won awards in screenwriting competitions such as Hollyshorts Film Festival, Austin Film Festival, and has received the HFPA Center for Cinema & Television award for Best Short Script.  Since moving back to Los Angeles to attend the University of Southern California's School of Cinematic Arts and graduating with a degree in production, Afton has gained recognition for directing and writing her short USC thesis documentary, Neurodivergent, a personal mixed-media experience about women with ADHD. The film has played at over 30 film festivals worldwide and received the Jury Prize at the DGA Student Film Awards and was broadcast recently on KCET's Fine Cut Festival of Films, for which it won Best Documentary.  Currently, she lives and freelances in Pasadena, CA, with her husband Jesse, their dog Johanna, and the wild parrots that live in the tree outside their window.

IDA: What is your profession (or passion), and what are some of the notable projects you’ve worked on?

Afton Quast Saler: My passion is and will always be storytelling. Right now, I’m doing that through writing and directing, but no matter the profession, the passion is the same. I always knew I wanted to tell stories and have a creative career, but as a kid, I honestly didn't know girls could be directors or writers, which is why I first gravitated to acting.  I just knew that I liked creating things and wanted to show others what I first saw in my head. At eight years old, I memorized the Madonna movie version of Evita and made my friend Ruby perform the entire story with lights, costumes, and an old camcorder in hand. We are friends to this day, but I still apologize for being a tiny, bossy, and meaner version of Martin Scorsese in pigtails. She loves me now, I promise! So, I suppose I was directing but didn't know it.

IDA: Congratulations on winning the KCET Fine Cut Film Festival Award for your short documentary, Neurodivergent. Please tell us a little about your process of making the film. What was the inspiration behind it?

AQS: I guess the secret is out because I made a film about it, but I’m neurodivergent myself. For those who don’t know, neurodivergent is a term for people with a brain that works differently than the “norm”. Autism Spectrum Disorder, ADHD, Tourette Syndrome, and learning disabilities all fall under the term neurodivergent. I knew none of this though, until last year when I was 35 years old and attempting to finish my undergraduate degree at USC. I was forced into taking a neuropsychological exam to prove that I really needed a language accommodation to graduate…and in that test, I was diagnosed with severe dyslexia and ADHD.

At that moment, I felt like I had been punched in the face. What the hell is ADHD? Isn’t it the thing hyper 10-year-old boys had in the 80s? Then I found out what the symptoms of ADHD actually are, and my whole life suddenly made sense. I started to cry right there in the doctor's office. Not because I was sad but because I finally knew I wasn't incurably broken. In a moment that I will never forget, the doctor said, “You’re not broken. You just see the world differently than other people." That’s when I started filming. I felt so deeply that I wanted to make the film because if I had seen something like this when I was younger, I would have felt much less alone.

But because we were at the beginning of a global pandemic, the crew and I filmed in quarantine and did everything together on zoom. I had a pretty clear vision when putting together the crew, so everyone involved brought a unique way of thinking and storytelling to the table. We wanted the film packed with information on ADHD while exploring divergent ways of documentary storytelling, such as unique editing styles, VFX, and animation within the live-action world of the film. A lot of it had to be created in post, so we would spend up to 10 hours some days on and off Zoom working on the style and getting the edit we felt best represented the story as well as the feeling of ADHD. Very challenging to do without ever being in the same room, but luckily, we all thought outside the box and got it done.

IDA: Has making Neurodivergent changed the trajectory of your work?

AQS: To say that making Neurodivergent has changed my trajectory would be an understatement. It totally changed my life and opened up a new passion for disability and mental health awareness that I was only scratching the surface of before. I’ve very much fallen in love with documentary filmmaking and the mixing of genre and style. Documentary and Narrative work are more similar than a lot of people think, and I like the idea of stories that can be a little of both. The real and the fantastical. The funny and the tragic. I like making work that conflicts with itself a little because it represents what life has been like for me so far. As a neurodivergent filmmaker, I tend to make work with a strong point of view to represent how I see the world, which is a little different, I suppose. I truly feel that if you do what is authentic to you without trying to be what you “should” be, the work will be relatable and compelling to watch. And that’s the point, right? To connect with your audience in a meaningful way, whatever that means to you.

AQS: I’m still very consumed with continuing the conversation about neurodivergence and mental health, so I’ve been working on writing not only a narrative series but also an ongoing documentary series exploring the other areas of neurodiversity. So, if anyone reading this is neurodiverse and wants to chat about that experience, I’m still doing research and meeting with people and would LOVE to hear your story. You can contact me at aftonmquast@gmail.com.

I’m also working on getting funding for a narrative feature that I’m writing with my husband.  It’s called Pickles: An American Clown Story, which is a heartwarming dark comedy about an emotional support clown with OCD.

IDA: Lastly, any advice for young filmmakers like yourself making work with limited resources?

AQS: I once had a professor give me advice that sounded so simple it infuriated me. He said: Just make the damn thing. I remember thinking, “But what about money? I don’t have anything to make the thing with!”, but that just wasn’t true, and I was just thinking inside the box with so many arbitrary limitations. Because if I hadn’t just picked up an inexpensive camera and filmed my experience last year, I would never have had footage to pitch and make the film I did. Was the footage perfect? No. But was it enough to tell the story I wanted to tell? Yes. Perfectionism, especially when you have limited resources, is the killer of all creativity. If you’re the person to tell the story and know you will do it justice, you need to do it. Just make the damn thing. Now, excuse me while I go take my own advice!