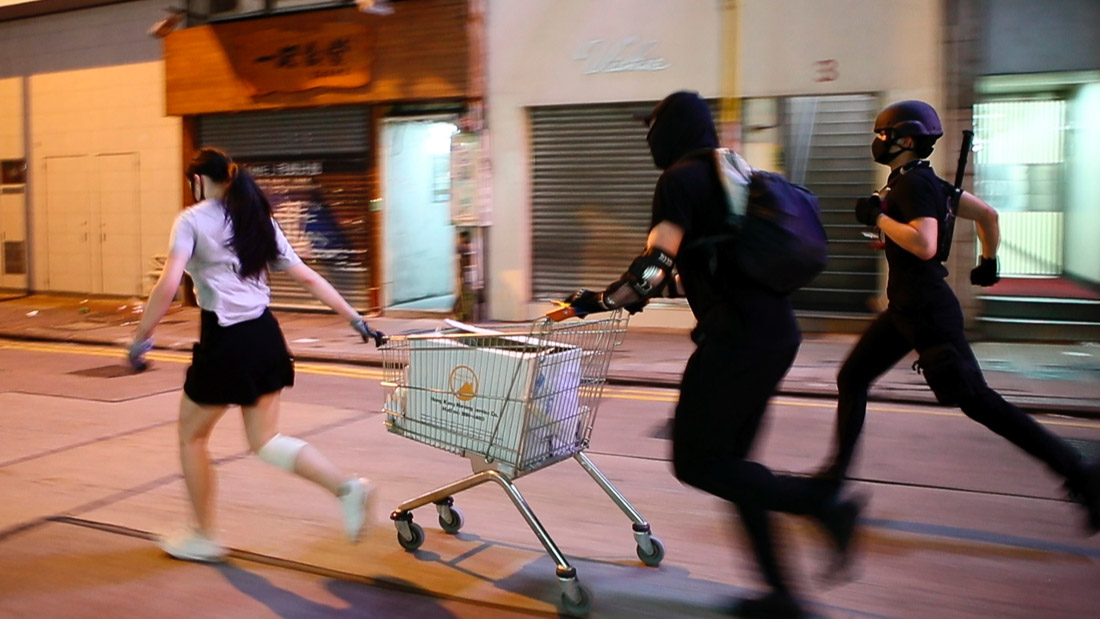 The 93rd Academy Award Nominations are out, and with it are the five incredible mini-narratives in the running for Best Documentary Short Subject. This year's nominees' topics range from the 2019-2020 Hong Kong Protests to the 1992 Los Angeles Uprising—the films are sharp, succinct and powerful explorations of these deeply political incidents and histories. Take a look at the contenders and find out where to stream them before the ceremony on April 25, 2021.

Do Not Split, currently streaming on Vimeo, takes viewers directly into the action of civil unrest in Hong Kong, where activists take on the Beijing-backed national security law, allowing the Chinese government to extradite criminal suspects to mainland China from Hong Kong. Directed by Norwegian filmmaker Anders Hammer, the film arrives as a thought-provoking, unfiltered view of the protestors' resilience, as well as their intelligent, highly organized techniques to resist police brutality and backlash.

Streaming on Netflix, A Love Song for Latasha reintroduces viewers to 15-year-old Latasha Harlins, whose 1991 murder in a South Los Angeles convenience store, along with the beating of Rodney King that had occurred just weeks earlier, galvanized the 1992 Los Angeles Uprising. Taking a deeper look at Harlins' life, Sofia Nahli Allison's film is a dreamlike imagination of Latasha's hopes and dreams, as they would have manifested had her untimely death not occurred.

Filmed from within a rehabilitative feeding center in Yemen, Hunger Ward, now streaming via the film's website, follows two brave female health care workers tasked with fending off a hunger epidemic with the country's ever-present civil war unfolding in the backdrop. The Skye Fitzgerald-directed film is an uncompromising and urgent look at the humanitarian crisis in Yemen.

Streaming on The New York Times Op-Docs, A Concerto Is A Conversation comes from Ben Proudfoot and Kris Bowers. From growing up in the Jim Crow South, to achieving success as a business owner in Los Angeles, Horace Bowers Sr. recounts his family's lineage with his grandson, Kris Bowers, a virtuosic jazz pianist and composer. Their moving conversation takes center stage in the film.