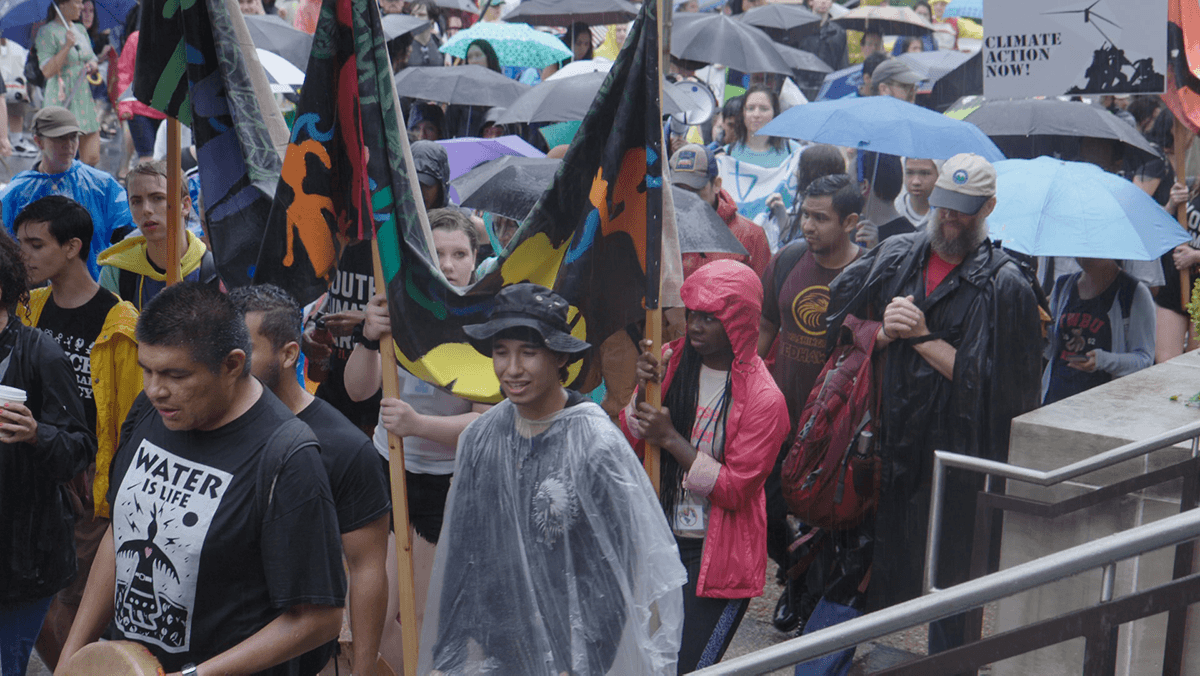 In response to President Trump’s withdrawal from the Paris Climate Change Agreement in 2017, Americans--from mayors and governors to teen activists--are empowering themselves to demand and develop real solutions at the local, municipal and state levels. Paris to Pittsburgh, from Emmy winners Sidney Beaumont and Michael Bonfiglio, takes viewers around the country, from coastal cities to the heartland, to document the endeavors of US citizens to make a difference as the weather grows more deadly and destructive. Paris to Pittsburgh airs December 12 on National Geographic Channel.

Based on John Grisham’s best-selling nonfiction book, the six-part documentary series The Innocent Man focuses on two murders that shook the small town of Ada, Oklahoma, in the 1980s —and the controversial chain of events that followed. Directed by Clay Tweel (Finders Keepers, Gleason, Out of Omaha), The Innocent Man, which premieres December 14 on Netflix, includes interviews with victims’ friends and families, Ada residents, attorneys, journalists, and others involved in the cases.

Now streaming on Mubi is Jia Zhang-Ke, A Guy from Fenyang, Walter Salles’ 2014 portrait of the great Sixth Generation Chinese auteur (Still Life; Tian Zhu Ding; I Wish I Knew) as he invites Salles on a trip to his hometown.

Now available on DVD through Kino Lorber, Emmanual Gras’ Makala traces the journey of a Kasongo, a Congolese man who supports his family selling charcoal, culled from the ashes of a mighty hardwood tree that he has felled and baked in an earthen oven. Loading up the bags of charcoal onto the back of his bicycle, Kasongo sets off on a daunting journey--up steep hills and across treacherous roads--to sell the charcoal at market. Featuring stunning cinematography that finds beauty in this tireless labor, Makala won the 2017 Grand Prize and Golden Eye Special Mention for Best Documentary at International Critics Week in Cannes.

END_OF_DOCUMENT_TOKEN_TO_BE_REPLACED

Never Too Late to Go Green: Saving the Planet at 'The 11th Hour'