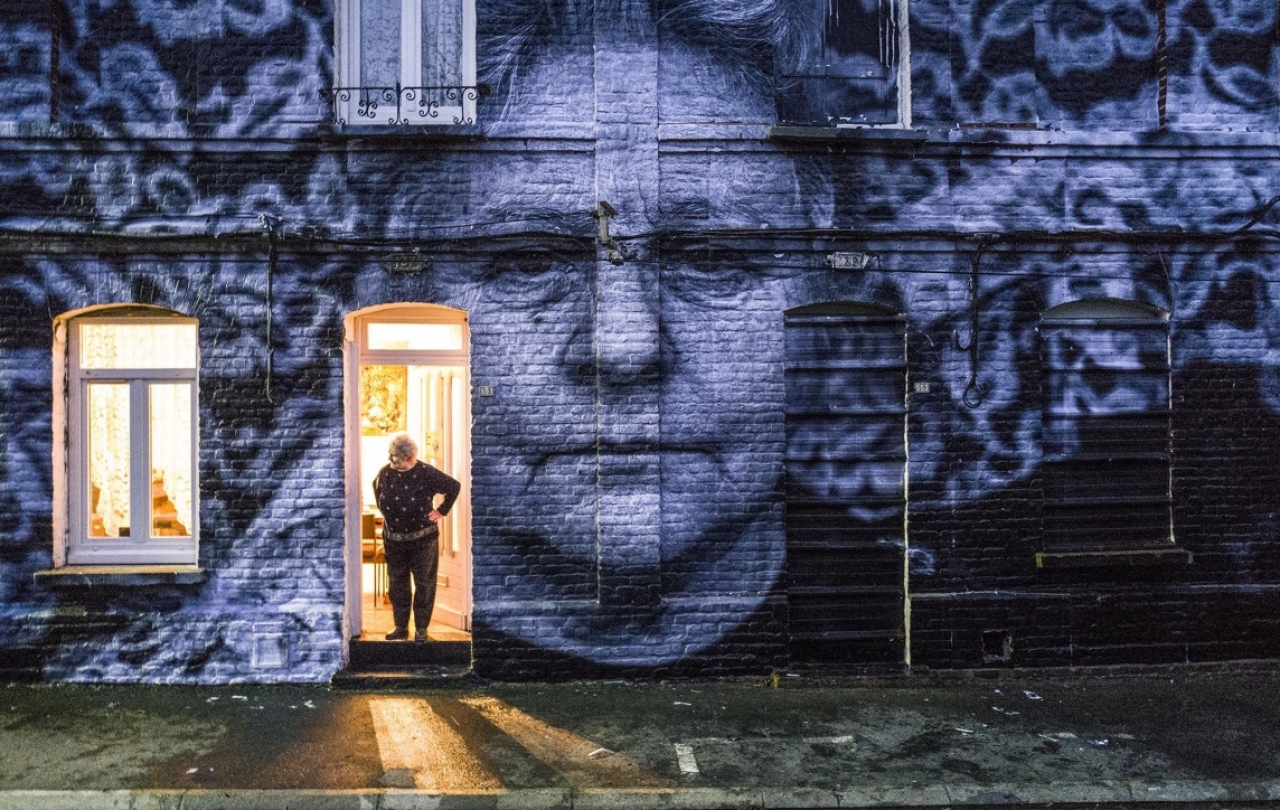 Going into this year's Cannes Film Festival, it was clear no documentary would win the Palme d'or, the festival's top prize. Not a single nonfiction film made the cut for competition, rendering the Palme possibility moot.

One documentary did earn recognition as an "Out of Competition" selection—Visages Villages (Faces Places), co-directed by Agnès Varda and the French artist/photographer known simply as JR. Several critics—The New York Times' Manohla Dargis among them— argued the film should have been programmed in competition. Dargis hailed it as "an exquisite, achingly moving nonfiction ramble on memory and history, cats and goats."

As it turned out, Visages Villages did not leave the village of Cannes without an award. It won L'oeil d'or (Golden Eye) as the festival's best documentary, a prize created just three years ago—not by the festival itself, but by SCAM, the French guild that represents multimedia artists.

"It is almost unnecessary to say why we loved this film so much," documentary jury president Sandrine Bonnaire enthused as she announced the prize for Varda and JR, describing their film as "an exchange between two generations, between two artists and their way of looking at life and also looking at each other."

"I would say that the form of the film is very much in keeping with Agnès Varda's voice from films like The Gleaners and I and Beaches of Agnès," Cannes doc juror Thom Powers told Documentary at a cocktail reception following the awards announcement. "But JR's contribution to the film is a major one. I think what elevates this film is the combination of those great talents."

"My eyes got wet watching Agnès Varda walk up the red carpet possibly for the last time in her career," Powers admitted. "Her eyesight is failing, as she talks about in the film. This is probably the last film she'll make. My eyes were wet as they gave her an ovation and they did not dry throughout the entire film because the film is that emotional and truly great." 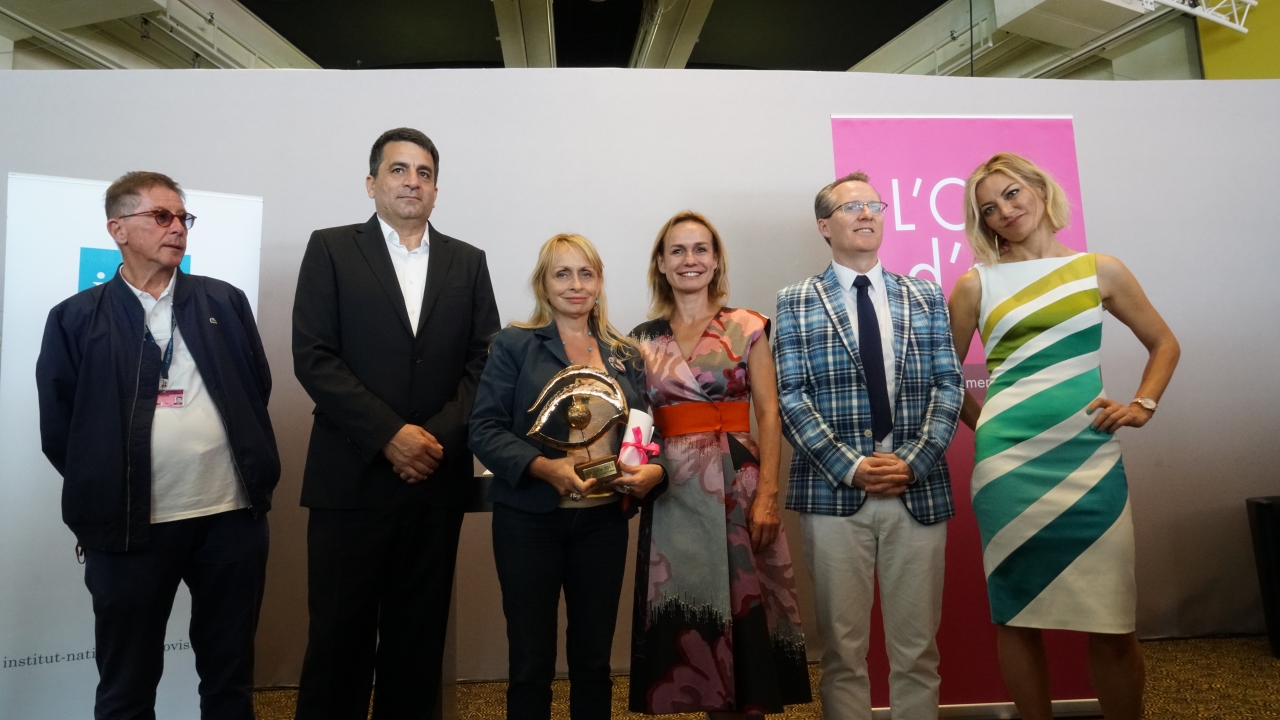 Remarkably, at age 89 (she celebrated her birthday May 30), Varda was not the oldest documentarian showing new work at the festival. That distinction belonged to Claude Lanzmann, the legendary director of Shoah, who at 91 premiered Napalm, a kind of travelogue of three trips he has taken to North Korea. Almost half the film is devoted to Lanzmann’s account of his chance encounter with a beautiful North Korean nurse on his first trip to Pyongyang in 1958, and their desperate attempt to consummate the relationship without authorities finding out.

Using a roughhewn wooden cane to support himself, Lanzmann told the audience at the Salle du Soixantième, "My films are in no way documentaries. They aren't fiction either. They sort of fall singularly between the two."

Lanzmann and Varda weren’t the only senior filmmakers unveiling documentaries in Cannes. Barbet Schroeder, 75, premiered The Venerable W., a film about a Buddhist monk in Myanmar who has orchestrated a campaign of violence and intimidation against his country's Muslim minority.

And at age 80, Oscar-winning actress Vanessa Redgrave showcased her debut work, Sea Sorrow, a cri de coeur about the plight of refugees streaming into Europe. Her son Carlo Nero produced the film.

Some critics faulted the construction of the documentary, which is composed of original vérité footage, news reports and other archival material and even scenes from Shakespearean plays meant to prick the conscience of the audience (the title Sea Sorrow comes from a speech from The Tempest, by Prospero). The directorial choices might be questioned, but Redgrave's commitment to humanitarian causes can hardly be disputed. At the world premiere, festival director Thierry Frémaux saluted her as a "woman of conviction and political engagement."

Of the 18 documentaries that vied for L’oeil d'or, Powers — doc programmer for the Toronto International Film Festival and the artistic director of DOC NYC — praised relatively few of them.  "There were a lot of dogs in that bunch, I gotta say," Powers maintained. "I think the jury felt like we had three of four films we had to really chew over, and I could not be happier with the two films that we acknowledged." 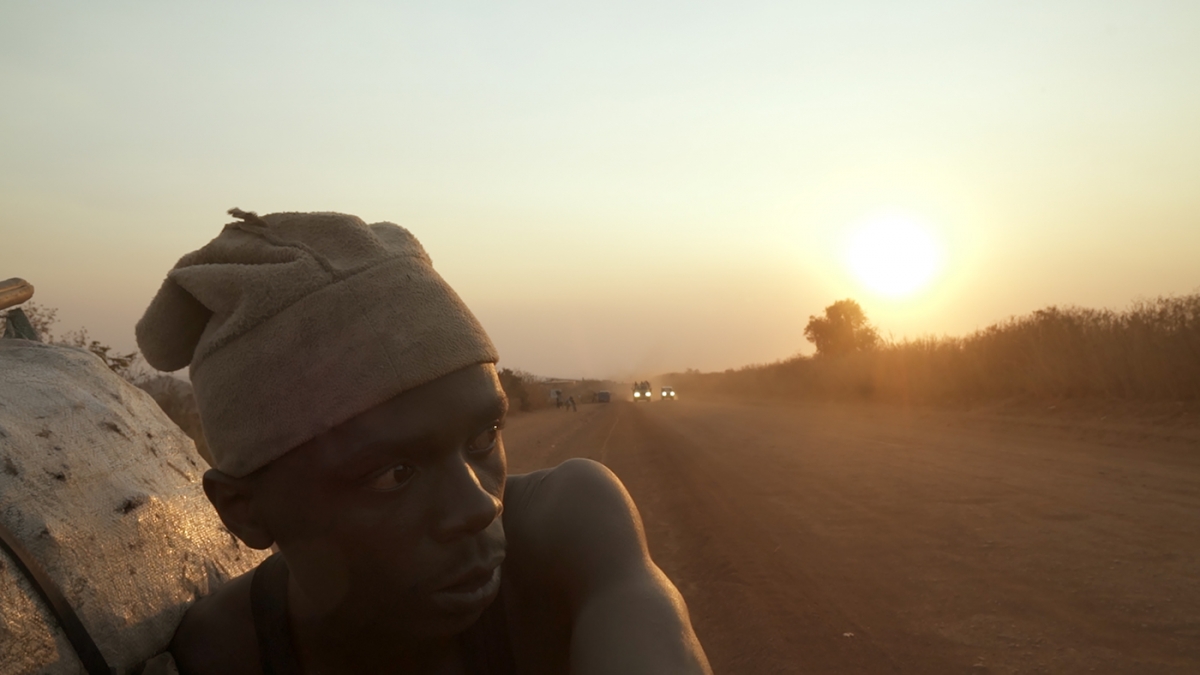 The other film acknowledged by the jury—along with Visages Villages—was Makala, directed by Emmanuel Gras, which received a Special Mention. Gras' documentary, about a Congolese man struggling to provide for his family, also won the top prize at Critics' Week (Semaine de la Critique), which runs parallel to the Cannes Film Festival.

At the awards ceremony, Bonnaire described Makala as "extremely powerful and moving…a film worthy of the dignity of the man it follows—a man fighting for survival, his and his family's, as is so often the case in Africa."

For the second year in a row, the Marché du Film—the marketplace that runs in tandem with the festival—put the spotlight on nonfiction film with "Doc Day," a full day of panel discussions and interviews with filmmakers. Carrie Lozano, director of the IDA's Enterprise Documentary Fund, participated in a morning session devoted to "Documentaries in the Post-Truth Era." Afternoon sessions focused on "Women Voices from the Arab World" and in-depth talks with Schroeder about The Venerable W. and with Sri Lankan director Jude Ratnam about his film Demons in Paradise, which explores his country's long and bloody civil war that ended in 2009.

Doc Day and the Doc Corner—a meeting space within the Marché dubbed "an all-in-one professional networking & business-making platform"—once again were supported with funding from the Ford Foundation's JustFilms program, efforts that help documentary film avoid being completely obscured by all the attention lavished on fiction fare in Cannes. The red carpet, with its surfeit of stars, remains without question the ribbon that ties up the festival in its  handsome bow.

Several nonfiction filmmakers told Documentary they felt doubts about premiering their somewhat lower-wattage work at the festival. "I was a bit suspicious to come to Cannes with documentaries," admitted Christian Popp, producer of Mark Kidel's Becoming Cary Grant. "A bit afraid of just going under, just being drowned under the glamorous side of Cannes."

"I know it's a celebrity-driven festival, so I thought we were just going to be lost in the shuffle," echoed Tony Zierra, director of Filmworker, a documentary about Stanley Kubrick’s right-hand man, Leon Vitali. He feared, "We're going to get maybe 20 people in a small little theater and we're not going to get coverage."

Zierra and producer Elizabeth Yoffe wound up pleasantly surprised by their Cannes reception—hundreds of people came to the premiere and cheered loudly at the end. "Other people were like, 'Cannes is not a documentary festival.' But then it's turned out to be wonderful," Zierra exclaimed.

Jarecki outlined the upside: "The French take cinema so wonderfully seriously and as such there is a tremendous amount of lovable pomp and circumstance that surrounds the showing of films here. So that really puts the films on a pedestal and makes people come in ready for a seismic experience in their lives that doesn't feel so industrial—it feels very devoted to the art of cinema." 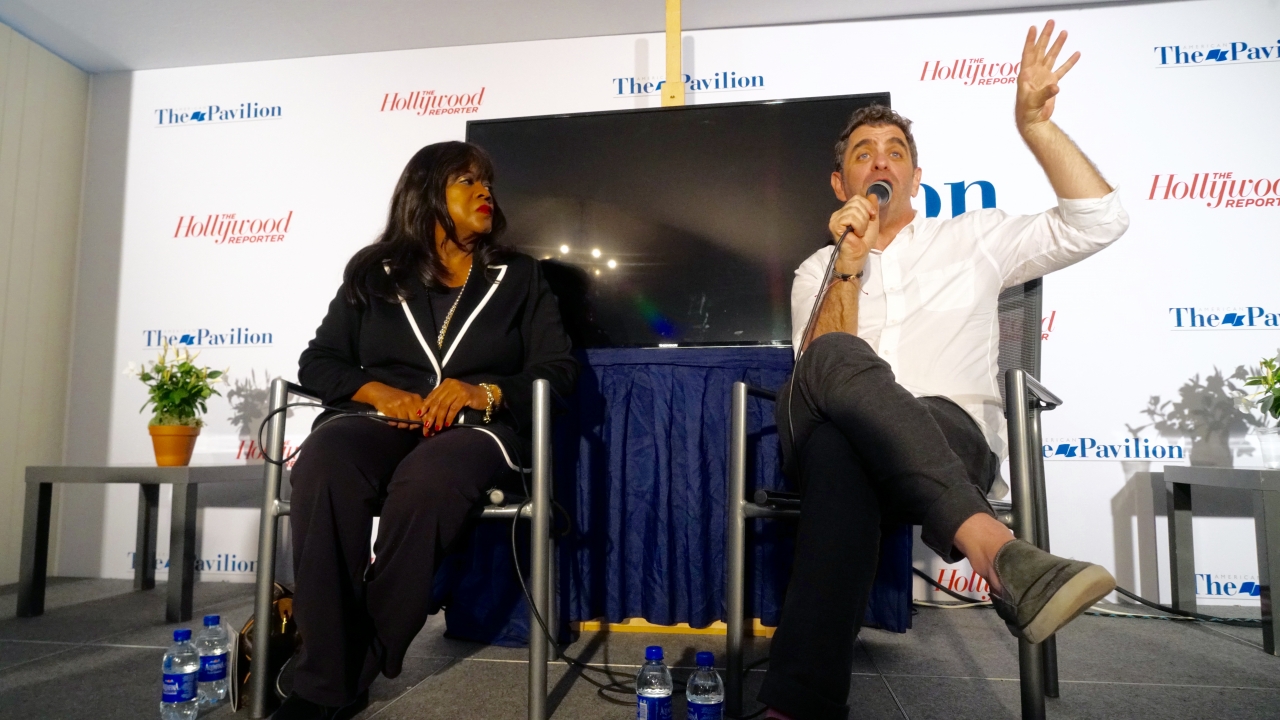 Documentaries with an entertainment theme, and/or a famous director, tend to enjoy a higher profile than other docs in the festival. "The good thing about Cannes is having not that many documentaries, and in general not that many films—the official selection in Cannes is very limited," Popp noted. "So it gives you a different kind of visibility... If you get it right, I think it's the best launch platform for certain documentaries."

Most observers—Powers among them—still say documentaries occupy second-class status in Cannes. "The great irony here is that out of 70 years of the Palme d'or the most successful film at the box office was the [Michael Moore] documentary Fahrenheit 9/11," Powers noted. But he said things are heading in the right direction with the addition of the Golden Eye prize for best documentary.

"When you look at other major festivals like Berlin and Toronto, I think they've had a longer and deeper investment into documentary than Cannes has," Powers pointed out. "But Cannes remains the biggest world brand of cinema. And so I'm glad that gradually they're paying more attention."