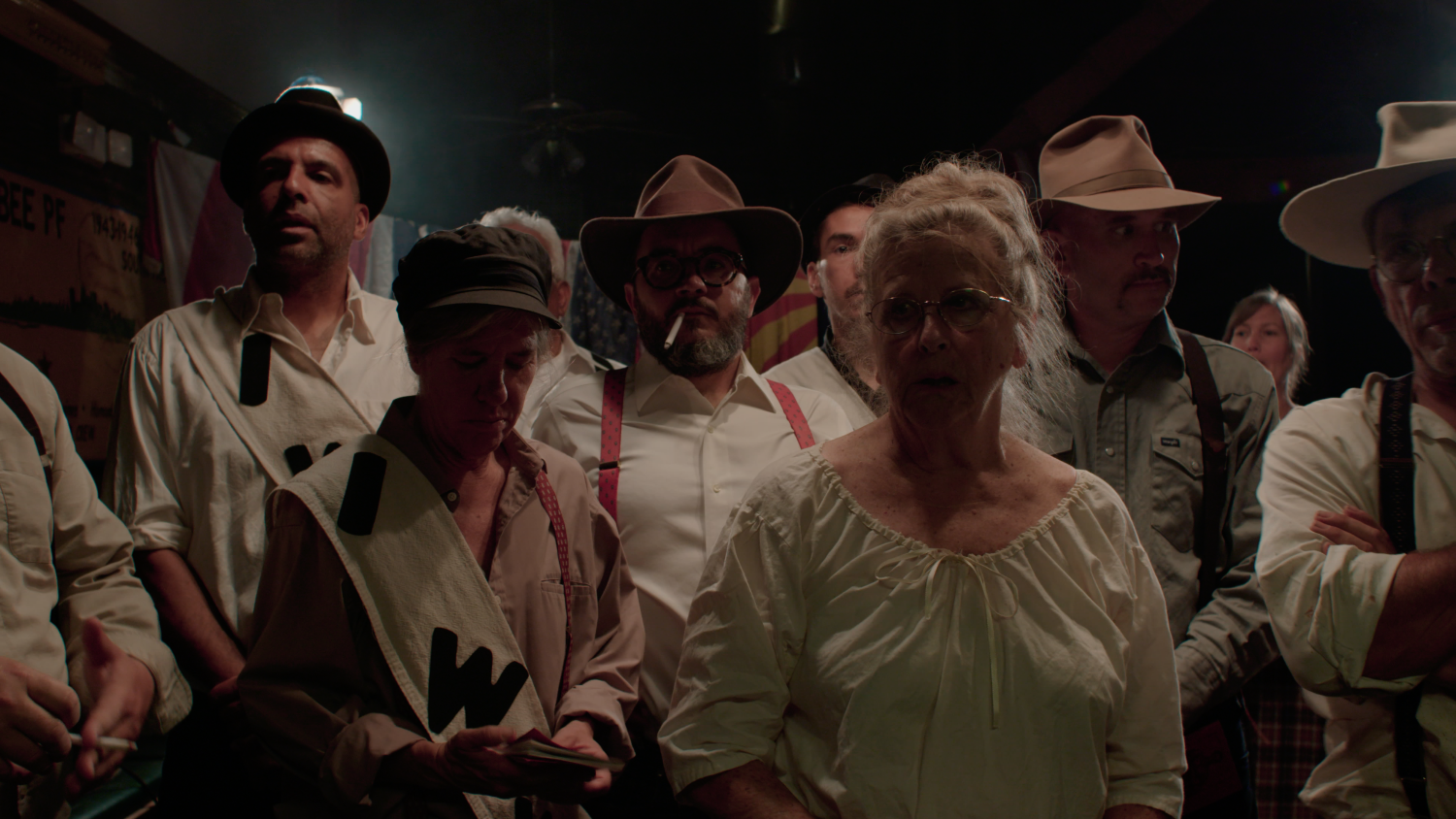 In 1917, nearly 2,000 immigrant miners in the small town of Brisbee, Arizona went on strike for better wages and safer working conditions. In response, they were violently rounded up in cattle cars and left the desert to die. Robert Greene’s Bisbee ‘17 follows several members of the town as they commemorate the 100th anniversary of the Bisbee Deportation. The film combines documentary and scripted elements to depict dramatized scenes based on subjective versions of the story and to offer conflicting views of the event and confront the current political conversation around immigration, unionization and environmental damage. Watch on PBS POV July 15.

Since its launch in 2012, the PBS Online Film Festival has featured diverse films member stations, producers and public media partners. Starting July 15, viewers can once again watch, vote and share their favorites. This year's festival includes collaborations with a wide variety of public television producers. The PBS Online Film Festival has attracted more than seven million video streams over the first six years. Two awards will be given out as part of the PBS Online Film Festival.  The festival staff will count your votes, Facebook and YouTube likes and views to name the "Most Popular" film.  Also, a distinguished panel of eight jury members will select their favorite film of the festival for the “Juried Prize.” You can find festival voting rules on their website.

Debuting on HBO July 16 and 17, Behind Closed Doors examines the mysterious double murder of a 13-year-old girl, Aarushi Talwar, and her family’s servant, Hemraj Banjade, in their home in Noida, India and the media frenzy that followed that haunted an entire nation for over a decade. Director PA Carter reconstructs the story, beginning with the discovery of the murder, to outline the missteps of the local and federal police, the sensational criminal trial and multiple legal appeals. The documentary explores how class divisions and cultural biases clouded the search for answers, which remain elusive today.

8 Days: To the Moon and Back unveils the story of the Apollo 11 mission, as told by the previously classified cockpit audio recorded by the astronauts themselves, archival footage from the Apollo program and newly shot film and CGI to recreate the crucial moments of the first moon landing. Available to watch live or stream on PBS July 17.

Now streaming on OVID.TV, 108 (Cuchillo de Palo) is a personal story from director Renate Costa Perdomo. When Rodolfo Costa was found naked on the floor of his home in Paraguay, he had been dead for days. Though ostensibly jobless, he had mysteriously amassed a small fortune. He also had a secret alias--Hector Torres--and a secret life. At the time, Renate Costa Perdomo was a young girl. In her powerful debut feature, which unfolds like a mystery novel, the filmmaker investigates the shadowy circumstances of Rodolfo's death through witnesses and clues that gently reveal Rodolfo's true identity as a persecuted gay man and the terrifying "108" homosexual blacklists that ruined lives, careers and families. The film is also a fascinating portrait of the relationship between the filmmaker, who has left Paraguay and now lives in Spain, and her father, Pedro Costa, and the impact that the right-wing dictatorship of Alfredo Stroessner, who ruled Paraguay from 1954 to 1989, had on the so-called "108’s" living in the country, as experienced by a single Paraguayan gay man and his family.