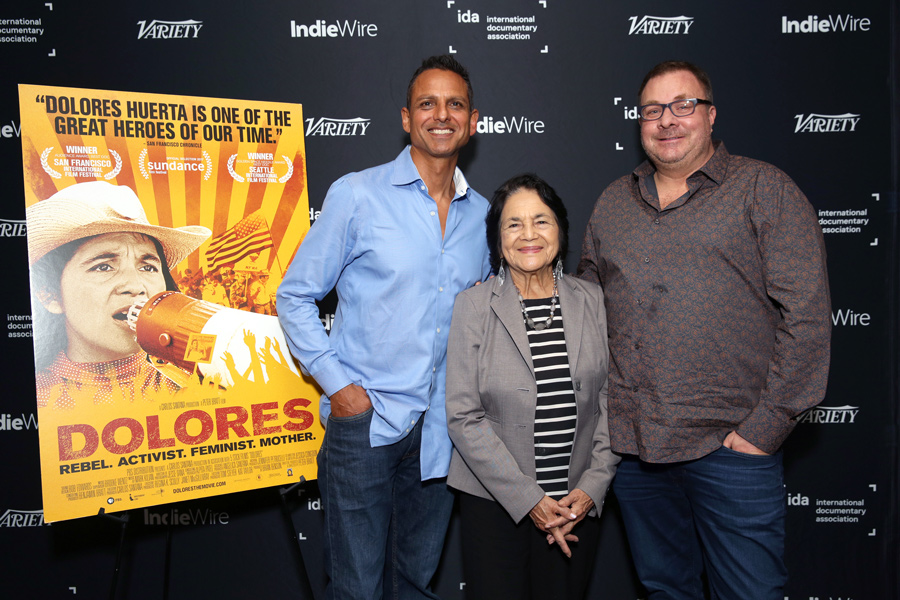 To commemorate International Women's Day and Women's History Month, Women Make Movies is hosting a virtual film festival that highlights the new releases in the organization's Transnational Feminist Film collection. Throughout March, festival attendees will receive free access to select films about women from around the globe.

Now streaming on American Masters, UNLADYLIKE2020 showcases 26 short films and one feature-length films profiling diverse and little-known American women from the turn of the 20th century, and contemporary women who follow in their footsteps.

Now streaming on Amazon Prime, Shola Lynch's Chisholm '72: Unbought and Unbossed follows the 1972 US Presidential campaign of Congresswoman Shirley Chisholm, the first African-American woman to seek the highest office in the land.

Available on PBS Passport is Peter Bratt's Dolores, a portrait of activist Dolores Huerta, who, with Cesar Chavez, founded the farmworkers union, and led the fight for labor and racial justice.

Premiering March 10 on Vice TV as part of its VICE Versa series, Meghan Markle Escaping the Crown traces the fairy tale-turned-nightmare of the biracial American woman who married into the British Royal Family, and less than two years later--after unrelenting pressure from Buckingham Palace and unforgiving scrutiny from the UK press, decided, with her husband, to walk away.

END_OF_DOCUMENT_TOKEN_TO_BE_REPLACED

Overlooked But Unforgotten: Documentarians Refuse to Let the Figures and Events of the Age of Unrest Fade from History