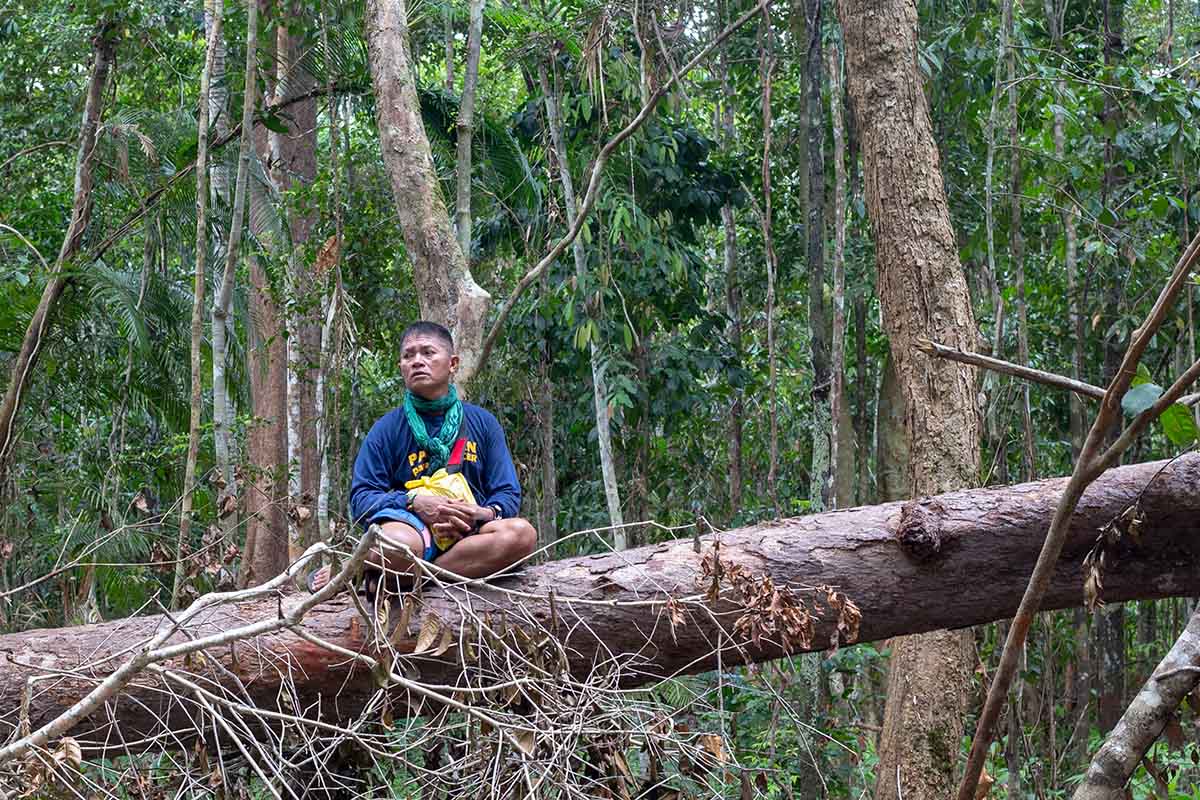 Right on the heels of  Mother's Day, the new New Yorker documentary, artist Titus Kaphar’s I Hold Your Love, is a “quiet vignette” that reminds us just how frightening it is for women of color to give birth in the US. Kaphar’s most recognizable series shows Black mothers holding a blank space meant to symbolize their babies. Featuring Kaphar’s friend Serena Williams and others in his family, the documentary is a celebration of Black motherhood as much as it is a reminder of our broken healthcare system.

If you liked reading Documentary’s Shooting Scenarios column yesterday, you might want to check out When Claude Got Shot, which is now playing on PBS’ Independent Lens. A meditation on the country’s carceral legal system, race, forgiveness and closure, the documentary is about Claude Motley, who was shot in the face by a young Black man. As the two men navigate the legal system, they realize how race forms the basis of the actions of American courts.

While Prismatic Ground 2022, the film festival centered on experimental documentary and avant-garde film, just concluded, we can still catch some films from the 2021 program on Criterion Channel—as a part of the Prismatic Ground Presents program. While we love all the films, Suneil Sanzgiri’s Letter From Your Far-Off Country and Alison Nguyen’s my favorite software is being here are our favorites.

Another Screen, Another Gaze’s screening platform, is back with yet another fantastic program. This time, their focus is on Brazilian films about women and work. Mulheres: uma outra história has been programmed by Daniella Shreir of Another Screen and, William Plotnick and Matheus Pestana of Cinelimite. the program, streaming for free, includes 12 texts—including six films and six interviews and reviews—that speak to histories of labor in the country, as well as to the “complicated preservation histories” of film preservation in Brazil.

Daniel Lombroso’s American Scar, another documentary from The New Yorker, explores the “unintended consequences” of Trump’s border wall which has caused much damage to the region’s ecology. The construction of the wall was exempt from the stipulations of the Clean Water Act, the Clean Air Act, the Endangered Species Act, and more than 80 other laws and statutes. As a result, there have been harmful impacts on “seventy-plus animal and plant species…including the jaguar, the ocelot, the desert bighorn sheep, and the Mexican gray wolf.”

Our IDA colleagues—Abby Sun and Keisha Knight—have programmed My Sight is Lined with Vision, which is now streaming on the Criterion Channel. The program revisits “the wide-ranging film and video work produced by Asian American filmmakers in the 1990s,” and features an amazing gamut of narratives and documentaries. Among the documentaries, our favorites include Laurie Wen’s The Trained Chinese Tongue and Richard Fung’s Sea in the Blood.

While San Francisco might be a little far for some of us, we are glad that the 40th edition of CAAMFest is hybrid. While most films from the festival’s documentary lineup are available to view online, we are excited about Karl Malakunas’ Delikado, which is available for viewing in San Francisco, Oakland and Berkeley. The documentary, about the “last ecological frontier” of the Philippine island Palawan and the people fighting to save it, was recently acquired by POV.