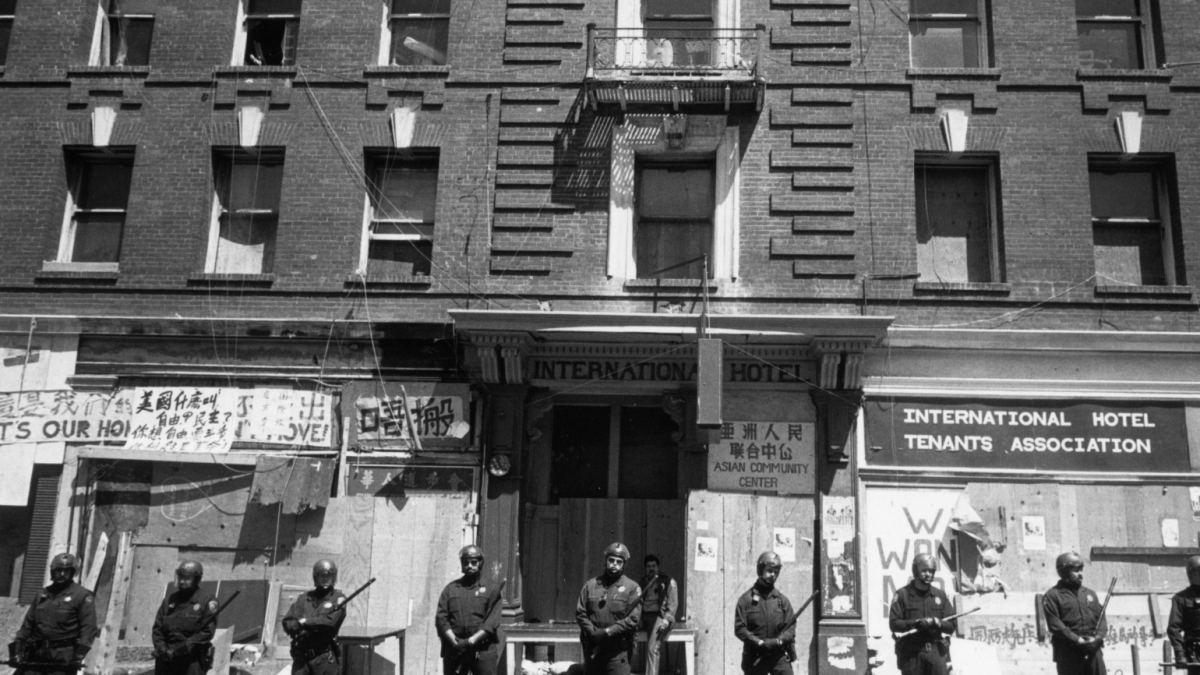 CAAMFest 17, which ran March 9-19 in the San Francisco Bay Area, looked back at some of the most powerful documentaries created by Asian Americans. It rightfully patted its parent organization, the Center for Asian American Media (CAAM), on the back for helping conceive these films as well - creating a legacy of resistance that must inspire us today.

Commemorating its 35th year in existence - making it one of the oldest and certainly the most important festival for Asian and Asian American media - CAAMFest screened Curtis Choy's 1983 The Fall of the I-Hotel, a vivid chronicle of the decade-long struggle to protect the homes of dozens of elderly Filipino-American laborers from the destruction of a North Beach Manilatown hotel through urban renewal. The film reminds us that battles to preserve ethnic neighborhoods from tech and business interests have a long history in Asian America. The more recent The People's Hospital, a short documentary by Jim Choi and Chihiro Wimbush, affectionately details one such community's determination to take care of its own: the venerable Chinese Hospital, a Chinatown institution that serves mostly elderly immigrants who don't speak English. The film pays tribute to the late Rose Pak, sometimes demonized as a "power broker," but who deserves credit for raising funds for a new building.

CAAMFest also paid tribute to another seminal documentary, Christine Choy and Renee Tajima-Peña's 1987 shocker Who Killed Vincent Chin?. Vincent Chin, a Chinese American automotive engineer celebrating his engagement at a Detroit bar, was beaten to death by two white men who accused him of being one of the Japanese causing Americans to lose their jobs on the assembly line - a murder for which the men never did time. Ultimately, little justice was done for Vincent Chin, but the racist and hate aspects of this crime galvanized Asian Americans into a political force.

Emiko Omori, the legendary Bay Area cinematographer who also helped shoot The Fall of the I-Hotel and many other documentaries, received her own tribute with a screening of her film Rabbit in the Moon (1999), an award-winning account of her childhood in the Poston (Arizona) internment camp and the resistance efforts by her sister (and film's producer) Chizuko and other incarcerees. Omori screened a 14-minute distillation of this film, When Rabbit Left the Moon, which packed an emotional punch sans voiceover.

Two more recent documentaries of the Nikkei incarceration proved that this historic World War II-era miscarriage of justice - and resistance to it - still has a long legacy of stories to be told. Vivienne Schiffer's Relocation, Arkansas - Aftermath of Incarceration told the extraordinary story of prisoners of the Arkansas camps who decided to settle in Arkansas after their release, despite their uncertain status in the racially segregated South. Another focus is a white former mayor - the filmmaker's mother - who made it her mission to restore crumbling monuments in Rohwer camp. The film's emphasis on racial reconciliation is a reviving tonic for today's divisions. 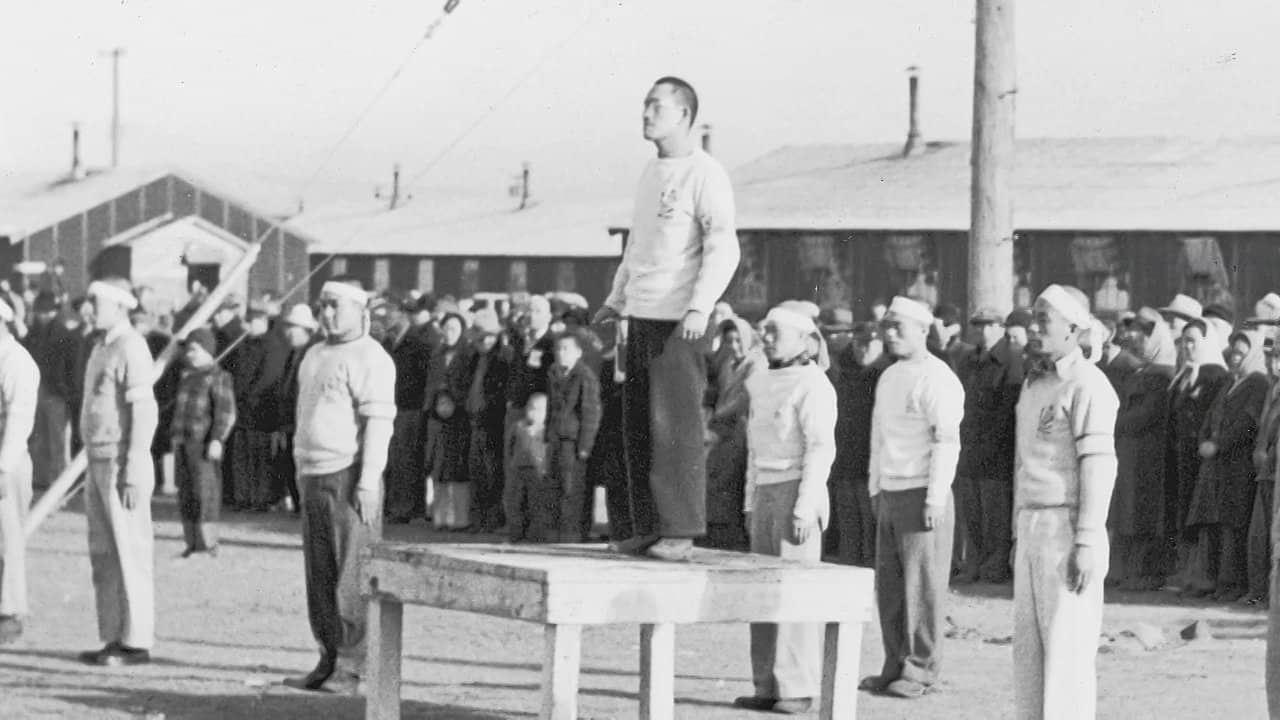 Konrad Aderer's magnificent Resistance at Tule Lake tells a history that has long needed to be told, about the US government's foolish and panicked mistakes in dealing with those already incarcerated. Tule Lake in Northern California became the largest internment camp, or rather a "segregation center" - the only maximum-security facility guarded with a higher fence, machine guns and tanks - when those who responded "no-no" to a dubious loyalty questionnaire were dumped there and labeled "disloyal." The "disloyals" - mostly those Japanese American citizens who were born in the US but spent their school years in Japan - were treated like second-class citizens but were tacitly allowed to radicalize and march, shouting praise for the emperor. The result was a series of disturbances and protests that culminated in violence and torture by MPs and the US Army, as well as the largest mass renunciation of citizenship in US history - during wartime, to boot. The film's powerful thesis is that the Tule Lake incarcerees did a very American thing: dissent. Sadly, until now their stories have been treated like the dirty linen of the whole internment tragedy.

Canadian filmmaker Ali Kazimi suggests a smaller-scale, familial form of resistance in Random Acts of Legacy. He relates purchasing 21 decaying rolls of 16mm film and discovering the home movies, beautifully shot, of three generations of a prosperous Chinese American family in Chicago in the first half of the 20th century. Nothing remarkable if this were a white family, but footage of Asian Americans as they saw themselves - not as they were portrayed in the media of the time - is exceedingly rare. The man behind the camera was Silas Fung, an artist who became the leading collector of memorabilia from the 1933-34 Chicago World's Fair and who had to fight racism to move his family into a predominantly white neighborhood. The story of Silas' wife, Edythe, might be even more fascinating: the breadwinner of the family, she was a top insurance broker for SunLife and the company's first woman vice president - an amazing achievement for a Chinese American woman in the 1940s.

Moving into the 21st century, three documentaries cover recent trends here and in Asia. Scott Drucker and Yu Gu's Who Is Arthur Chu? is an engrossingly downbeat documentary about the Taiwanese-American 11-time, $300,000-winning Jeopardy! champion in 2014 who went on to speak and write opinion pieces on #GamerGate and online bullying. He was only too intimate with the latter subject, when he became notorious for his unusual Jeopardy! strategy and what some slammed as an inappropriately cocky attitude toward the TV game. In retrospect, we can chalk up most of the criticism to anti-Asian bigotry, and it's fairly easy to sympathize with Chu's struggle to speak up for the marginalized while being hammered himself on Twitter. ("Fat Asian" was a common epithet.) The reasons for the unbelievable hostility Arthur provokes online, beyond a touch of self-righteousness, are never quite made clear.

Christiane Badgley's Guangzhou Dream Factory explores the lives of African expats in southern China's major port city as they seek mercantile success in an economy whose massive exports have decimated the home-made products they used to sell in Ghana, Cameroon, Uganda, Nigeria and many other countries. Their stories tell of mixed success amid the entrepreneurs, some of whom have become wildly successful selling goods back home while others are stranded in China after being swindled or trafficked.

Back in the US, Steve James' Abacus: Small Enough to Jail is the infuriating story of the unfair prosecution of a small New York Chinatown community bank. Holding the distinction of being the only bank to be charged with criminal malfeasance - namely, mortgage fraud - in the aftermath of the 2008 financial crisis, the Chinese immigrant Sung family's Abacus Federal Savings Bank struggles to defend itself over half a decade. James manages to find great humor and affection in exchanges between patriarch and community pillar Thomas Sung and his daughters as they battle a Manhattan District Attorney that disproportionately targeted them while ignoring big criminal entities like JP Morgan Chase, Citigroup and Wells Fargo.

Ric Burns, veteran director for the PBS American Experience series, and Li-Shin Yu, his editor on many of those films, presented their Closing Night film, The Chinese Exclusion Act, an epic story of Chinese immigration from the American Revolution to today. That is the larger backstory to the 1882 Exclusion Act itself, an extraordinary piece of federal legislation that for the first time targeted a specific group of people from entering or re-entering the US and prevented citizenship during the 60 years of its existence. This film is an essential piece of American history, not just Chinese American or immigration history, because it relates a classic, yet largely untold, American story of immigrants who had enough faith in the American judicial system to oppose every anti-immigrant or racist legislation that was inflicted on them. Astonishingly, Chinese immigrants filed 10,000 lawsuits with the federal courts, of which 20 reached the Supreme Court and many changed government policy. This is a story far beyond the Gold Rush or the railroads, but a convincing case for Chinese precedents in mass lynchings, "separate but equal," and undocumented workers fighting for their rights. In other words, this is a history that can't be more relevant to today's controversies and calls for resistance.