At Montana State, You Come for the Scenery and Stay for the Film School

Documentary recently spoke with Professor Dennis Aig, Ph.D., the Program Head of the MFA Program in Science and Natural History Filmmaking at Montana State University. A native of Brooklyn, Dr. Aig found his way to Montana by way of Columbus, Ohio, where he had earned his Ph.D. But more about that later on in the interview.

What brought you to teach and eventually become an integral part of the film program at Montana State University?

Dennis Aig, Ph.D.: When I finished my doctorate, like most Ph.D. students, I was absolutely broke. There was a corporate position that opened with this scientific publisher, Chemical Abstract Service; they are a company that hires hundreds of Ph.D.s to abstract scientific research and information. And they hired me because they wanted somebody with a Ph.D. who was able to make films for their marketing department.

I did that for six years, and by the time 1989 rolled around, I had a bunch of these films under my belt. My wife is originally from Montana, and we had come to visit my in-laws while the UFVA [University Film & Video Association] conference was in town. I had actually kept some of my academic contacts, so I gave two presentations at the conference, and Montana State University reached out to me and mentioned that they were going to have an opening if I wanted to apply. To make a long story short, Montana State ended up hiring me and several other people as professors/producers. Since the film school was affiliated with KUSM, the local public television station, we had an obligation not only to teach classes but also to produce films for the station. Coming out of an independent film background, it gave us the thing that we always wanted, which was a fiscal agent. KUSM was a producing facility, and we were able to get funding through their nonprofit status; we essentially went kind of crazy, but in a good way.

Tell us about the program. What do you think attracts students to Montana State, with all the different film schools out there to choose from?

Well, throughout most of the '90s there was myself, and there was Ronald Tobias, who actually founded the MFA program in 2001, and Dan Hart, and a number of other people who had been there before I got there. As far as the programs go, I would say the main difference between the grads and the undergrads is that the undergrad students are primarily interested in dramatic narrative films, and that’s the emphasis of that program, but the Master's program clearly has an emphasis on nonfiction and documentary. And I think what attracts the grad students would be our guiding principles: We want to redefine how science and natural history stories are told, and we're very hands-on. Both the undergrads and the grads are making films almost from the first day of class. And we emphasize that. Now it doesn’t mean we don’t have [film] theory or [film] history—we have all of that, but we want them learning how to tell their stories through film. I think a lot of people coming into the sciences today are very concerned about the failure of certain kinds of communication—like, how did the climate change discussions get hijacked by people who claim they don’t believe in it? How did the autism controversy happen, or the vaccination thing? A lot of that had to do with the way those stories were communicated publicly. And I think a number of people coming into the sciences today are recognizing that and choosing to make science communication their careers, rather than the more traditional sort of approaches through research. 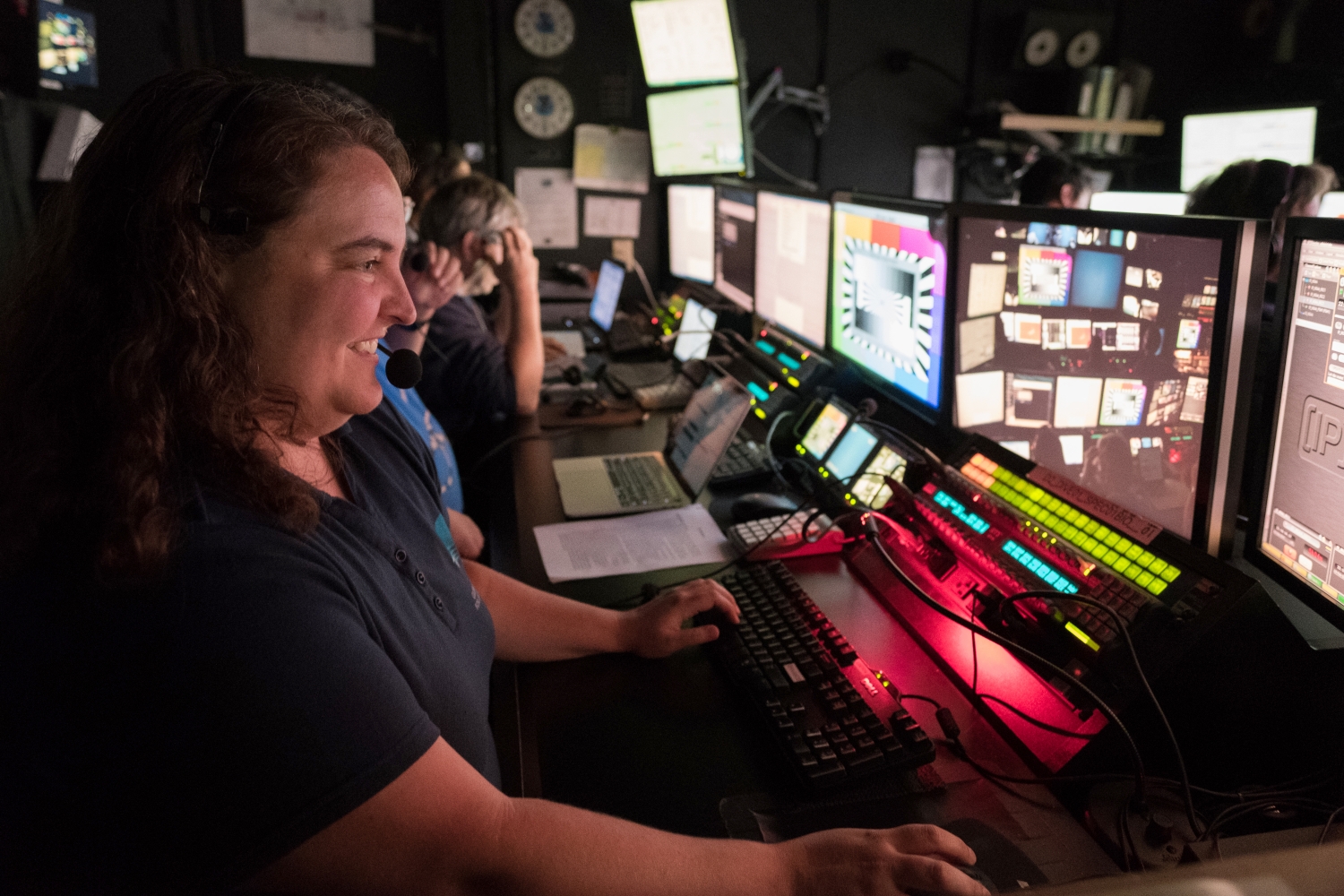 They actually do everything. To give you some examples, we have a good number who freelance—probably the best known ones right at this moment are John Shier and Dawson Dunning. They both do a lot of work for the BBC, and I think they both have two Primetime Emmys a piece. And there's Danny Schmidt, who is also working as a freelancer. We have four or five people on staff at NASA Goddard [Space Flight Center], and a lot of our alumni are working in the National Park Service and at various museums. I don't think we realized at first that museums would be a profession for our students. We have people at the Field Museum, the Boston Museum of Science and various branches of the Smithsonian. Actually, Roshan Patel was the first videographer at the National Zoo in DC, which is a part of the Smithsonian; they actually created that position for him. I believe he’s the one who went to Myanmar for the Field In Focus documentary on the elephants. Our graduates also go on to work in academia because the MFA is what is called a terminal degree, which would enable you to apply for a tenure-track position.

Could you talk about the theory of the Anthropocene era and how it impacts the school’s philosophy when it comes to documentary filmmaking?

Anthropocene refers to the recent era influenced by humankind, as opposed to the Jurassic era or any of the earlier ones, and it is a somewhat controversial designation, but it is important when we talk about how we approach filmmaking. Which is to say that even though we are dealing with wildlife and nature, we are also dealing with man’s impact; humans have an impact on every part of the world. There are remote parts of the world where there aren’t a lot of people, but there’s a garbage problem on Everest, you know? That is one of the developments that led to the redefining of how science and natural history films should be made. Scientists have been debating the Anthropocene for at least 30 years, so it’s not like we invented it at Montana State. But we seized upon the idea, and it helped identify the problems with a lot of science and natural history: You are supposedly observing an animal in the wild as if no one is influencing the process, but a lot of the time that is just not the case. The Serengeti, for example, is a national park. For a long time, those type of distinctions were not acknowledged.

Absolutely right. Especially that famous scene where he wanted them to hunt with their harpoons, and they asked if they could please just use their guns. So our program tries to redefine how the natural world will be presented by media in the future. Nature as we understand it is being complicated by people and politics. It really requires a different way of telling those pertinent stories and showing man's impact on the environment, on the world, in both a positive and a negative light. Traditional science information and programming feels that there should be an attempt at being objective, but you have to find what the consequences of the story that you’re telling for the audience—dry and accurate data does not get people involved. This does not mean that you should be inaccurate or untruthful; rather, you have to find the emotional connection, why they should care about what you are telling them. 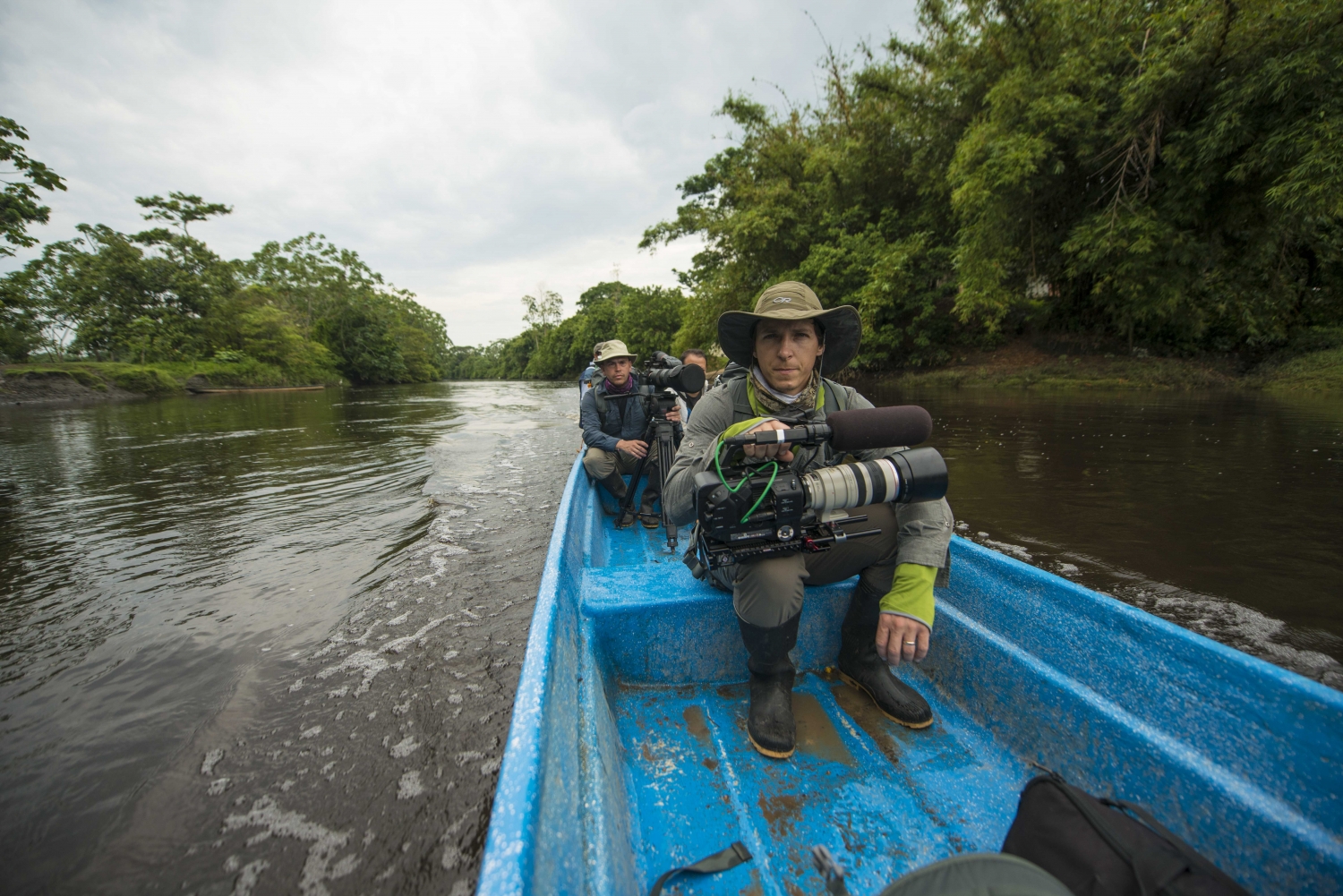 How about your resources at the school, especially the faculty?

More of the faculty members are involved in teaching the MFA now than when it started in 2001. Another one of our guiding rules is that we all have to be active either as critics or filmmakers, and the films that are made by faculty count as our research activity. That has attracted a lot of people to come work with us because in some universities that’s not the case.  So it is a very good environment for both the undergrads and the grads because most of the time they get to work on films with the faculty. When I produced the documentaries Unbranded and Charged: The Eduardo Garcia Story, a lot of the crew were former students. We also had some interns—one intern started as a boom operator on Unbranded. He then graduated and had gotten a lot of experience, so by the time we got around to the second film, he ended up being the lead sound guy. And the director of Unbranded actually came out of our undergrad program.

In closing, could you give us a brief overview of how the students progress through the MFA program?

Our goal is to make them filmmakers first, and science and natural history filmmakers second. That way, there’s a baseline that they reach, and then they can take that knowledge and extend it into their specialty. So in their first year they do relatively short films, typically three to five minutes in length. They do portraits and they may do interviews or a project based on a single idea—it will vary depending on who is teaching those classes, but it is all about learning different skills when it comes to communicating through film. When they get to the second year, we really want them to do a self-contained film, and they spend the first semester planning it, doing research, treatments and budgets. Then they spend the second semester actually shooting it. And come their third year they are working on their thesis projects. Oh, and I would be remiss if I neglected to mention that the film school will turn 60 in 2019.

Tom Gianakopoulos (Professor G.) is a writer and editor who regularly contributes to Documentary. He currently teaches screenwriting at The New York Film Academy in Burbank,  and English at CBD College in Los Angeles.

END_OF_DOCUMENT_TOKEN_TO_BE_REPLACED

Nature U: Science and Wildlife Filmmaking Goes to School

Another Green World: Environmental Content Is the New Programming Choice