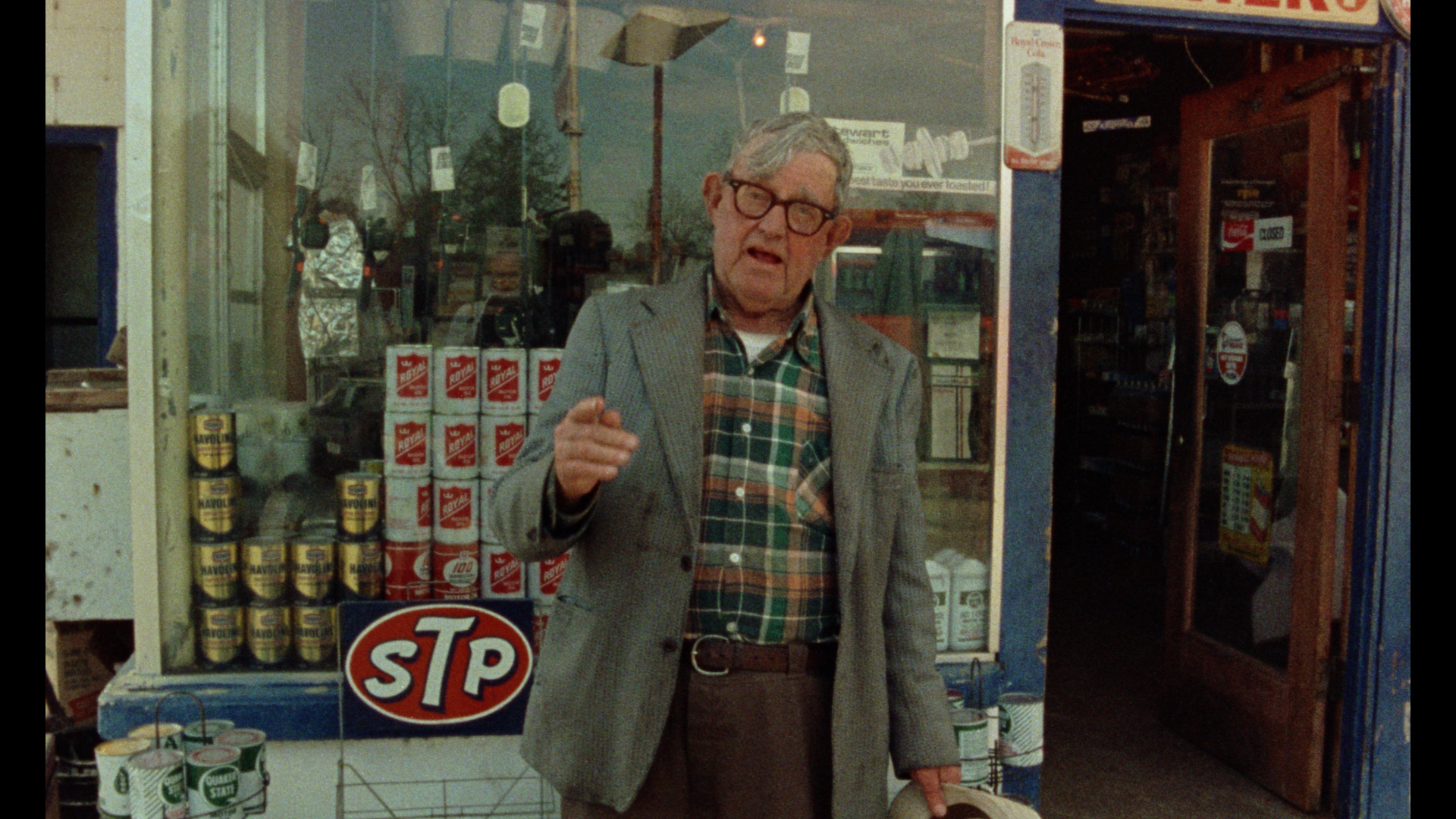 Discovering Errol Morris’ Vernon, Florida, inside a dark alcove in NYU’s media library as an undergrad studying film was what inspired me to pursue documentary seriously. In Vernon, Florida, I saw how nonfiction could be a place for as much innovation, artistry, and mystery as fiction filmmaking.

Released in 1981, Vernon, Florida was Morris’ second feature, a 55-minute documentary set among the residents of a small town in Florida. On the surface, nothing much appears to happen in the film. We listen to and watch the meandering ramblings of a few town residents: a turkey hunter obsessed with his elusive prey, a policeman without crimes to catch, and a wildlife hoarder whose quarry struggles to get away from him. During these patient, to-camera monologues, our minds wander as much as Morris’ subjects are allowed to digress on camera. In the cinematic space that Morris creates within this swamp, we’re invited to make sense of these individuals expounding on their philosophy around turkeys and turtles. Somewhere along the way, we approach something that breathes life and its inscrutability.

The muted narrative that emerges out of Vernon, Florida—forged in the gaps between the subjects, their words, the filmmaker and viewer—feels profound and unexpected. The first time I watched Vernon, Florida, I was convinced it was an oblique treatise on our desire to control nature and impose our will on the lives of others. But the film’s meaning has never been fixed.

I’m drawn to filmmakers who evoke authenticity, meaning, and emotion without relying on extraordinary subject matter or plot. I’m thinking of Mike Leigh, Frederick Wiseman, Kelly Reichardt and Morris—particularly his early works. Their films all work in thematically profound and narratively elusive ways. It’s difficult to articulate why and how they tick. While often inaccessible to broader audiences, at first, their films possess staying power because they retain an undiluted sense of mystery even after decades of critical probing. The strings being pulled (or not pulled) remain invisible. The power of Vernon, Florida isn’t derived from the weighty subject matter, story, or even character. Its momentum and structure spring from something less tangible, even mystical. In the seams of how Morris wove seemingly disparate subjects together is where I find myself experiencing something that feels close to revelation.

Vernon, Florida’s style was born out of a rebellion against the documentary trends of the ‘60s and ‘70s, which championed a fly-on-the-wall, observational approach with lightweight cameras and available light. Instead, Vernon, Florida is characterized by heavily orchestrated, composed, fixed frames of people looking directly towards the camera. In doing so, Morris presented a vision of nonfiction that was a dramatic departure from the dominant documentary traditions of his time. He revolutionized the “talking head” by approaching the interview and spoken word as scenes unto themselves.

When I watch Vernon, Florida, I feel the bravery and integrity of someone redefining his medium. That sensibility is what made me excited about becoming a documentary filmmaker.

Vernon, Florida is available on DVD from the Criterion Collection and for streaming on The Criterion Channel.