His first film, Gates of Heaven, caused Werner Herzog to eat his own shoe. The subjects of his second film, Vernon, Florida, threatened to kill him. He re-edited accordingly, but, undeterred, for his third film, The Thin Blue Line, one of the most groundbreaking documentaries of all time, he chose to investigate a murder and, in turn, freed an innocent man from death row who then, in turn, sued him. From there he embarked on a succession of profound investigations into the life of the mind, evocative "essays on the idea of Non-Fiction" disguised as rich, eccentric and often cheeky character studies delving into a genius' contemplation of black holes, a topiary gardener, the secret lives of mole rats, robot-conjuring, tiger-taming, a self-made execution device designer/Holocaust denier, and the orchestrator of the Vietnam War.

Errol Morris is America's most philosophical and ironic filmmaker, but not because his films are pedantic or even intellectual. Quite the contrary. From the majestic opening frame of a lovably earnest, yet doomed pet-cemetery owner dwarfed by a verdant tree in Gates of Heaven to the final could-have-been-anywhere snapshot of a Baghdad sunset taken by an Abu Ghraib prison guard in Standard Operating Procedure, Morris has remained vigilantly focused on establishing eye contact between us and ourselves, making a mission of merging the human scale with the cinematic scale. No other filmmaker has made the interview such a cinematic occasion, the seemingly trivial detail such a gateway to the soul—or soullessness—of a story, the eyes of strangers such windows to the uncertainty of history.

Documentary sat down with Errol Morris in Los Angeles, where he was "trapped" at work on "too many things": a new series for Showtime, advertising campaigns, a book of essays, a talk at the Getty Center on Art and Illusion with slight-of-hand master Ricky Jay, and the development of a Hollywood feature. Oh, yeah—he Tweets like crazy.

Your films flout the stereotype that documentary is a television medium. You think on a cinematic scale about everything that goes into them.

Errol Morris: I think for that reason alone it's hard for me... I noticed when we were putting Standard Operating Procedure together how much I really liked interviews in 'Scope. They look fantastic. You would think the interview format is 4x3, but it really isn't. 'Scope is ideally suited to it.

Your interviewing style, which is clearly fused more and more with technology—

It's an enormous change from Gates of Heaven, which was shot in straight 16mm—11 minutes in a take; you're restricted. Now it's possible to shoot really beautiful images on digital media, and you have the luxury of shooting forever.

But the first image of your first film is, to me, one of the most cinematic images you've put in a film, and yet technologically it's the most primitive. What role does naiveté play in the way you make films?

I'd put it somewhat differently. I think you still want to be open to just the power of an image. The sheer act of photographing something has its own inherent power. In a way, I'm interested, even though it maybe is more complex, in simplifying things.

When we were editing S.O.P., the first two interviews I did were very long. They went on over two days. Janis Karpinski was something like 15 hours. It was the very first time I could do an interview like that.

You mean, where it was an all-day affair?

On and on and on... I cut together the Javal Davis interview shortly after I did it. The selects ran something like an hour-plus, but it was riveting. People said, "You should just put this out." And, in some real sense, they were right. The final movie was not as powerful as the raw material that had come from that interview. When it became a story about a group of people, it became more diffuse; it became something very different. So sometimes simple—very, very simple—is best, even though, for better or worse, I wanted to say something about photography.

Would you say then that projection is human nature, that we're always taking these things and projecting onto them what we want to see?

I think that's correct. Photographs are ideally suited to that end.

In Standard Operating Procedure, the way you presented the photographs was captivating and became a world in and of itself—we were seeing into the mind of the film, glimpsing just how overwhelmingly complex one simple picture can be once you put it in its context.

You've said that you're an investigator by nature, that if you didn't have the imposition of other people's money or deadlines—

I'd go on forever. In my latest piece for The New York Times, I quote William Wyler's Dodsworth: "Love should stop somewhere short of insanity." Perhaps an investigation should do the same. But it's really hard to know when to stop unless you've gotten some kind of answer. In The Thin Blue Line, it was one of those pleasurable investigations where everything is converging—the more I knew, the more that evidence pointed in one direction very strongly. But there are investigations that go nowhere.

What did you see yourself becoming before you became a filmmaker?

I was going to become a writer or a philosopher or both. But I started to have enormous trouble writing, and I gave up on it for close to 30 years.

Has filmmaking inhibited your need for writing? There's thinking that can only take place as you're writing.

That's really true. It's the main reason for telling people that they have to write, because it is a way of thinking. It's a way of forcing yourself to think about your ideas. I suppose, in lieu of being able to write, I became obsessively interested in interviewing. Filmmaking came out of taping interviews with people.

Philip Gourevitch, when he was starting to write this book based on my interviews from Standard Operating Procedure, asked me if I was aware that I always started my interviews—well, at least I did then; now I've become self-conscious—the same way: "I have no idea where to start; help me."

You don't want to start with answers.

Interviews should be investigative, but if I don't have the answers, then it seems particularly silly.

In your 60 Minutes II interview, there were a few things you said within a breath of each other that, to me, struck up this paradox that I think is really interesting in your work. On the one hand, you're saying, "Who cares about the story? It's just another vehicle for getting to know these people." But then, in the next breath, you're saying that in interviews people want to tell their stories. And if you let them, they will.

There's an odd set of tensions...[In my latest essay I discuss] photographer Arthur Rothstein, whom I look at as a kindred spirit. Rothstein got himself into all kinds of trouble, but he's one of the very few people to write about an issue which I feel really aware of, and that's "Objectivity/Truth v. Narrative."

The need to tell a story is overwhelming. That's how we organize the world for ourselves. Then there's another very powerful need to find out what really happened—to find out whether our story in fact is an illusion or captures some aspect of the world. That's a very powerful problem.

You talk about beginning the interview saying, "I don't know where to start; help me." To me, that goes back to this thing about naiveté, shirking the rules and finding out what your film is about when you're making it—

I'm concerned that interviews never be about exposition. If the person you're interviewing is telling you the details of the story, it's by and large unusable. I try to focus on certain details that interest me and to work out on them. For example, a woman was arrested because she supposedly raped this 260-pound Mormon priest. She was incarcerated and put on trial in London. Now, the circumstances of what happened in this so-called "love cottage" are obscure in the sense that there are about three or four different accounts, any of which could be true, but clearly only one of them can be true, and maybe none of them are true. I interrupted her as she was telling me that she had all of [her alleged prisoner's] favorite foods in the fridge. And, maybe it's because I kind of see the image and I want the image clarified in my own mind, so I interrupted her and asked, "What kind of food's in the fridge?" Then she started talking about fried chicken and mashed potatoes. At that point, the interview took a very strange turn and went into a certain kind of details.

Yeah, I like details. I think details are really important.

You can write about things in a way that doesn't really touch them. It's kind of epiphenomenal. You're describing the surface. When you obsess over detail, odd things happen. At least in my experience they do. You start to find out about the story in a completely different way that penetrates the story in a way that you never could have expected.

I think Fog of War really illustrates this idea of focusing on details to find the story—the details within one man's mind. Having been struggling with writing about war, I realized that all the war stories that I was familiar with had been structured according to formulas. And that war itself defies all formulas, and that's where the expression "fog of war" rings true.

Yes. I was really attracted to doing The Fog of War. And then McNamara had written this piece with the then Brown historian, James Blythe. It was a story about the Cuban Missile Crisis.

McNamara was mentioning this guy who, in one of the meetings said, "Excuse me, Mr. President," and he was not even one of the major people in the Cabinet. He was just an ex-ambassador to the Soviet Union who personally knew Khrushchev and he says that he has a different interpretation—it's a question of the two Khrushchev letters on that last day-

Yes. What's so interesting is that no one but McNamara would have ever seized on that detail. If you were just reading about it in those transcripts, you would have never noticed that this was a pivotal moment in how people were actually—and maybe it wasn't, but at least in his head, he sees it as a defining moment in their discussions on the Missile Crisis. Then I go into that moment—I can't tell a whole story about the Cuban Missile Crisis. It's hopelessly complex. But I can try to capture that one kind of crazy moment.

I love McNamara's detail about dropping skulls down the stairwells of the dorms at Cornell. From the minute I heard it I loved it. I remember saying, "Even when he's doing good, he's dropping things from the sky."

Yeah, it's the details. It's the reason I do this stuff. I wait for them. 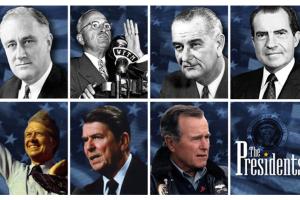 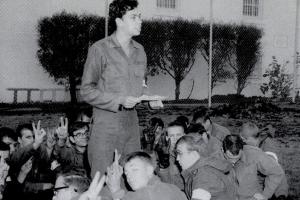 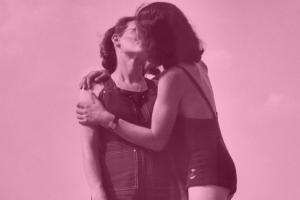 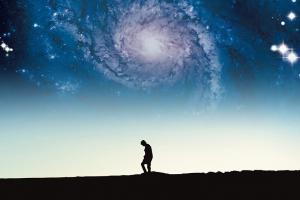 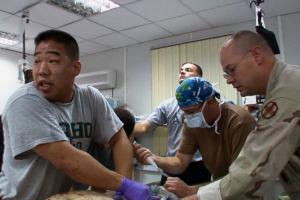 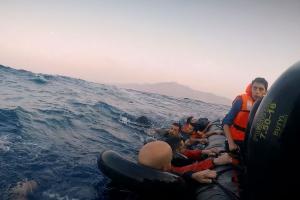