A Face in the Crowd: Kickstarter's Liz Cook Charts a Sustainable Path for Documentary Crowdfunding 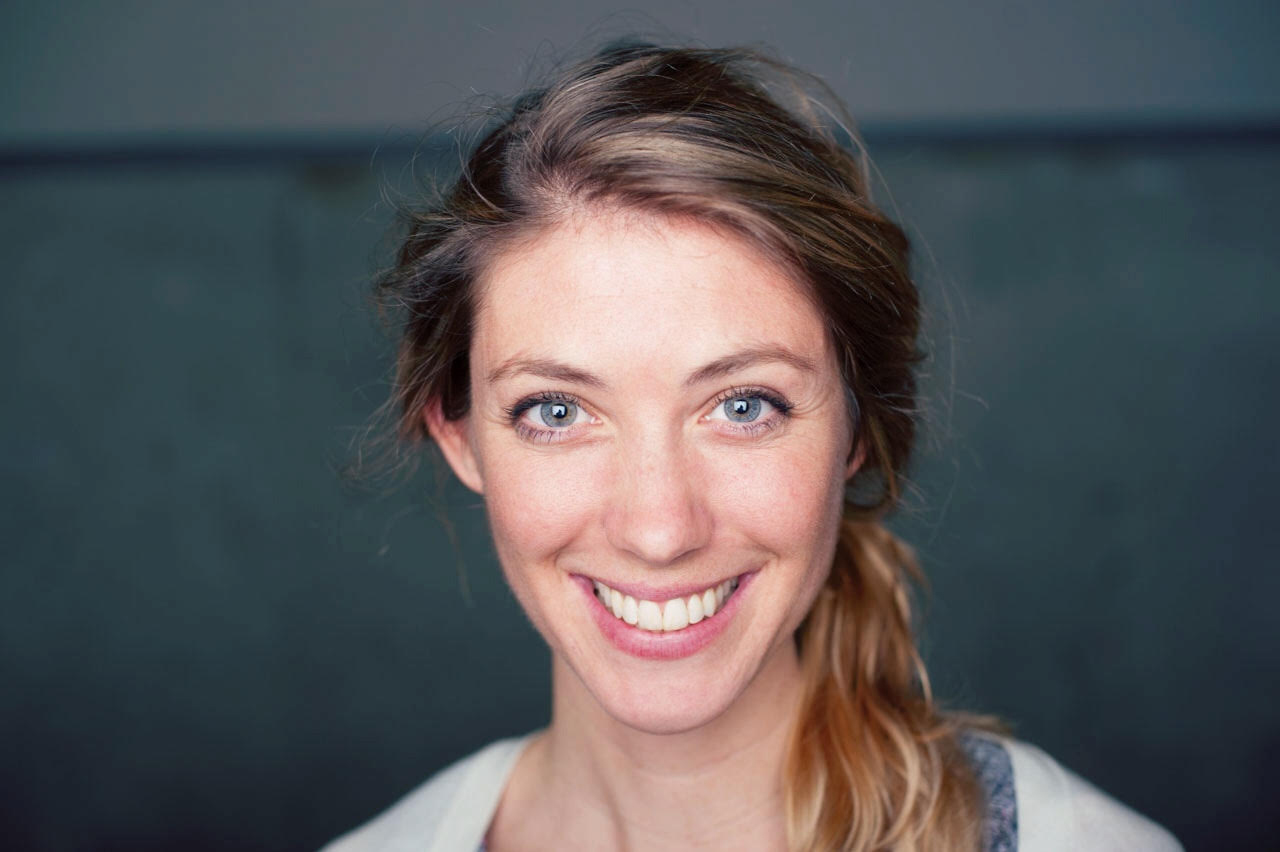 To doc filmmakers, the news won't come as a surprise. Documentary is the most popular subcategory of the film community on Kickstarter, and this year, 42 Kickstarter alumni brought their films to Sundance.

"A lot of documentaries have a pretty clear audience," she continues. Whether it's a group of people directly affected by a social issue, or a group of fans of a documentary film's subject, "There's a direct link to who an audience might be, and you don't necessarily need to know the filmmaker to be able to get on board and support one of those projects."

A built-in fan base for a documentary subject can provide an invaluable boost. The most-funded documentary in Kickstarter history is Alex Winter's rock doc Who the F*@% Is Frank Zappa?, and a documentary project about writer Joan Didion raised its entire funding goal in one day.

Unlike similar platforms like Indiegogo and GoFundMe, Kickstarter is primarily focused on creative projects, and works on an all-or-nothing funding model. If a project doesn't meet its funding goal within the designated timeline, it does not receive any pledged funds, and is not charged a fee. Because this model emphasizes setting a manageable goal, filmmakers usually don't use Kickstarter to fund an entire project, instead dedicating the campaign to a specific need, like post-production or distribution.

With public arts funding sources like the National Endowment for the Arts facing an uncertain future under the Trump Administration, Kickstarter (which The New York Times once called "the people's NEA") is poised to play an even larger role in the funding marketplace—and assume new responsibilities. "The idea that we are a center where art and creativity and independent voices are championed, I think we align [with the NEA] very closely," Cook points out. (In a March blog post, after the Trump Administration formally proposed eliminating the NEA, Kickstarter CEO Yancey Strickler wrote: "We know a greater diversity of funding sources means a greater likelihood that creators will create. And in our view of the future, the world is better off with the NEA in it. ") "I think it's also pretty different in format. Anybody can raise funds on Kickstarter as long as they keep within one of our broad 15 categories, and with the exception of hate speech and things like that, it's a very democratic, open-for-literally-anybody kind of thing."

Kickstarter is also, of course, a for-profit company. But as a mission-driven Public Benefit Corporation—a status the company achieved in 2015—Kickstarter is legally obligated to consider the impact of its decisions on society, not just shareholders.

In an attempt to keep Kickstarter accessible, Cook devotes much of her time to filmmaker outreach. "A lot of times, I meet filmmakers when I'm on the road, traveling to festivals where there's a lot of works-in-progress, and meet a bunch of people who have things that they're [seeking] funding for. Then, there are a lot of incoming requests and people writing in who I've either spoken to, or somebody has given them my name, or some loose connection there, and then sometimes, I'll just reach out to somebody who I really admire. If I hear about a project that they're working on, I'll just sort of cold-email them and say, ‘I love what you're doing. If you're ever interested in running something like this on Kickstarter, I would really enjoy helping you do that.'" 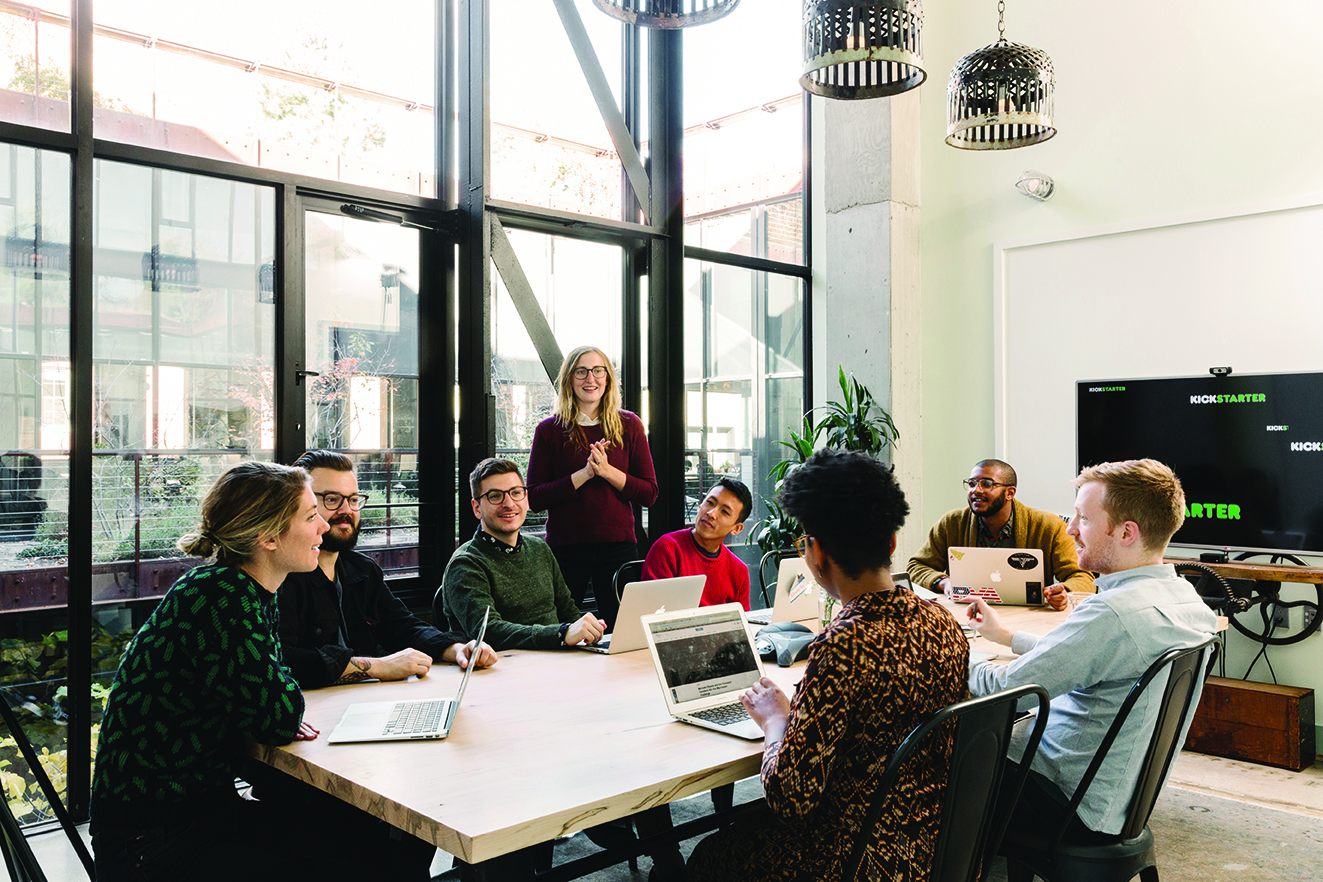 As an example of the latter, Cook contacted Dawn Porter to discuss using Kickstarter for Trapped, her film about abortion clinics in the Deep South. Porter took to the platform to raise post-production funds; the fact that she already had footage and a rough trailer helped sway potential backers.

Cook also reached out to the team behind David Alvarado and Jason Sussberg's Bill Nye: Science Guy after seeing them at Hot Docs. "I was just like, ‘Wow. That project would go nuts on Kickstarter because everyone loves Bill Nye.' I took a meeting with them, and [said], ‘However you're going to finance this, I think for audience-building, connecting with fans, Kickstarter needs to be an element of this because otherwise, it's just such a missed opportunity. ‘ So we had a long dialogue with them before they ended up launching. Maybe six months." The project ended up raising $859,425 from 16,850 backers, and premiered at SXSW 2017.

Public crowdfunding is a less viable resource for film projects that rely on a degree of secrecy, but it can become a necessity after the fact. Cook points to Lyric R. Cabral and David Felix Sutcliffe's (T)ERROR, whose filmmakers documented a live FBI counterterrorism sting operation. Though they didn't use Kickstarter for the first wave of funding, they turned to the platform to finance the legal expenses and Errors & Omissions insurance, which was quoted to be 400 percent higher than the standard price for filmmakers. The campaign started well after the film's completion; (T)ERROR had already premiered and won prizes at both Sundance and Full Frame Documentary Film Festival.

But sometimes, even a great project and a stellar reputation doesn't translate into crowdfunding success. Perhaps the most publicly unsuccessful Kickstarter campaign was Zipporah Films' launch of Frederick Wiseman's 42nd film, the masterful neighborhood portrait In Jackson Heights. Though the project had built-in credibility, Wiseman's video pitch was notably lackluster, with The New York Times pointing out his "weary expression" and the video's "low production quality." The team only received $20,516 in pledges for a $75,000 goal, and Wiseman told the Times that he "regretted doing it, and I'll never do it again."

"That was a really tough one for us," Cook admits. "Obviously, he's such a hero and the film is amazing, and so we really wanted to do what we could to get behind it. He had an amazing team that was ready to make it all happen, but he was kind of like, ‘I don't want to do this.' And I think that that makes a really big difference on a campaign. He just wanted to make this film, and he didn't really want to go through the hoopla of talking about it to crowds and crowds of people."

Running a successful Kickstarter campaign requires constant engagement and an entrepreneur's sunny optimism. For filmmakers used to more traditional funding models, the demands of self-marketing can seem onerous. Cook said that Wiseman "was incredibly sweet to work with and actually such a good-natured person about it, but he wasn't interested in doing this."

The Zipporah staff declined to go into further detail for this article, but wrote in an email: "The Kickstarter staff was very supportive of our campaign and we're grateful for their expertise along the way."

Cook is aware that Kickstarter's most significant limitation as an all-purpose funding resource is its project-based emphasis. A lack of funding opportunities for career-based sustainability "dramatically cut[s] out big portions of the population that would be interested in filmmaking and documentary and storytelling. It's just not seen as a realistic life choice, and that in itself is limiting the stories that we're hearing and the people that we're hearing them from."

As a result, the company is rolling out a series of new sustainability initiatives over the coming year. "We're starting a Creator Residency Program at the office," Cook says. Those selected for the residency will be able "to use all of our resources here at the office for a selected amount of time and work on whatever it is that they're working on." It will provide space, amenities, conference rooms and a theater to screen rough cuts of a project.

At this year's True/False Film Festival in Columbia, Missouri, Kickstarter partnered with the fest to provide free, professional daycare for children of visiting filmmakers, musicians and artists. "If you're not going to a film festival because you have kids and cannot afford to figure out childcare while you go off on a four-day trip, it has a huge impact on making connections within [your] community," Cook notes. "If you don't go where your collaborators and colleagues are, you are missing out on future partnerships [and] opportunities. It has huge implications."

Given Kickstarter's current centrality to the funding landscape for documentary, and an ongoing dearth of public arts funding, Cook's ambitions to provide broader support to creators will be closely observed.

END_OF_DOCUMENT_TOKEN_TO_BE_REPLACED

Funds from the Maddening Crowd

From Outreach to Crowd-Sourcing: Fundraising Tips for Docs