"It's very important to me that I be defined as a portraitist," filmmaker David Sutherland insists. "I'm not an investigative journalist. I'm really interested in nuances of personality."

In 1998, The Farmer's Wife, Sutherland's groundbreaking six-and-a-half-hour "portrait" of farming life in rural Nebraska, brought an estimated 14 million PBS viewers into the hardscrabble world of Darrel and Juanita Buschkoetter, a couple struggling to keep their family farm afloat in the face of drought and mounting debt.
Viewers sent over 13,000 letters and e-mails to both the producers of Frontline (which produced and presented the program) and the Buschkoetters themselves following the initial airing of The Farmer's Wife. The series was also nominated for Program of the Year by the Television Critics Association and appeared on a litany of year-end top ten lists.

As to why The Farmer's Wife struck such a universal chord with so many, Sutherland offers that the series "is really about the cost and the value of a dream." But it was long before that program's critical and popular success that Sutherland would begin generating ideas for his next project, Country Boys.
The inspiration for Country Boys, which airs January 9 through 11 on PBS' Frontline, first came to Sutherland during focus-group screenings of The Farmer's Wife. "Out of the test screenings, the issue arose: did the Buschkoetters look poor?" he recalls. "I immediately said, 'Well, what does poor look like?' The face of poverty has radically changed in the media."

"In the late '50s, poverty had a rural, as well as an urban, face," Sutherland continues. "I started to say to everybody I knew, 'Well, what about Appalachia ?'"

While contemplating the production of Country Boys, Sutherland began screening The Farmer's Wife to church groups in the American heartland. "I knew these groups, and they led me to different groups in Eastern Kentucky," Sutherland explains. "I often find my subjects through preachers."

One of those church groups would steer Sutherland in the direction of the David School, an alternative high school based in David, Kentucky. The school would eventually become the backdrop for Country Boys once Sutherland decided to center his piece on two of its students, Cody Perkins and Chris Johnson.
Although the David School caters to young adults who are struggling with behavioral and social difficulties, Sutherland bristles at the idea that Chris and Cody are all that different from students attending traditional public high schools. "These kids are not kids who can't read or aren't smart," Sutherland stresses. "They're extremely articulate."

As Country Boys begins, Cody is seen living with the mother of his third stepmother, a big-hearted hairdresser named Liz McGuire. We learn that, many years prior, Cody's father weathered seven marriages before murdering his seventh wife with an AK-47 assault rifle at the gentleman's club where she worked as an exotic dancer. After his father turned the gun on himself, Cody was orphaned and spent years in foster care before moving in with Liz. Cody emerges from these struggles as a devout (if conflicted) Christian youth, sharing his tales of personal turmoil with others as the singer and songwriter of a heavy-metal gospel rock band.

Sutherland confesses that he was unfamiliar with the more sensational elements of Cody's personal history before settling on him as a subject. "I just heard that he was an unbelievably interesting and unusual character," he says. Sutherland depicts Cody as a remarkably endearing young man who possesses rigorous beliefs but seemingly not one ounce of self-righteousness. Cody shares his convictions with others through his music, yet he never appears to be proselytizing to his friends and peers. "Cody is one of the hippest people you've ever met," Sutherland marvels.

Sutherland, in turn, stumbled across Chris while traversing the hallways of the David School. The director was instantly certain that Chris would make for an ideal leading man. "He wears his heart on his sleeve," Sutherland observes. "In his own way, Cody does as well."

Sutherland's crew, on the other hand, was initially doubtful as to whether Chris could withstand the responsibility of committing to three years of intrusive principal photography. To wit, the early moments of Country Boys document Chris in his enthusiastic yet hapless efforts to follow through on the publication of a school newspaper.
Chris shoulders his own share of turmoil at home, with both a combative mother and an unemployable father who is suffering from terminal cirrhosis of the liver. His parents rely on the government assistance that Chris receives based on his questionable diagnosis of learning disabilities. Chris yearns to escape from his suffocating family dynamic and worries what will happen when he turns 18 and is no longer eligible for assistance.

In one of many vignettes that register as simultaneously comic in their absurdity and heartrending in their pathos, Chris describes how he draws strength in moments of crisis from a personal hero named Xaviera comic-strip super-hero Chris has invented and with whom he shares an interior dialogue.

The ambitious production schedule of Country Boys required the crew to commute to Kentucky throughout the three years of principal photography. "I think we had about 32 shoots," Sutherland reflects. "Some we'd be there for as much as six weeks, some for a minimum of five days."

"It's not like a prize to be in one of my films," he admits. Cody agreed to participate because he thought Country Boys could help expose his music to a wider audience. "Chris said he was bored and maybe this would be interesting to do," Sutherland muses.

Although many documentary filmmakers chiefly credit portable video cameras for their ability to gain unprecedented access to their subjects, Sutherland believes that his extensive use of radio microphones affords his viewers a unique opportunity to revel in every murmur and groan of his subjects.

However, Sutherland's choice of audio design is often complicated by the limitations of modern portable digital audio recording equipment. "I have to use the mini-DAT machines," he explains. "It's a different time-code than the film. It takes so long to edit it, to make all those tracks comprehensible." Sutherland rallied an estimated 230 interns to tackle the interminable process of synchronizing the audio tracks with the video footage.

This is not to say that the director was altogether unprepared for such complications. During post-production of The Farmer's Wife, Sutherland was informed by one of his sound designers that, with over 100,000 "audio events," he had collected more audio track than did the entire production of Apocalypse Now.

Michael Sullivan, the series producer for Frontline, once noted Sutherland's proclivity for amassing great lengths of audiotape and jokingly suggested to the filmmaker that his next project "should be a silent one."
Although his feature-length documentary Out of Sight, a salacious but fascinating account of a blind cowgirl's desires and duplicity, was invited to screen at the 1994 Berlin Film Festival, Sutherland readily admits that his subsequent long-form projects are generally considered less accessible by festival programmers.

Regardless, Sutherland cites many reasons why he finds this particular breed of long-form documentary filmmaking so personally rewarding. "It's like walking on a tightrope and it tests my skills," he argues. "But it's also something quite special."

Josh Slates is an independent producer and director and is also the editor of Travels Through Elsewhere Cinema, a journal of below-radar foreign and cult cinema that is distributed through Atomic Books. 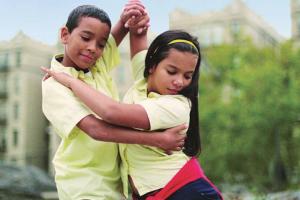 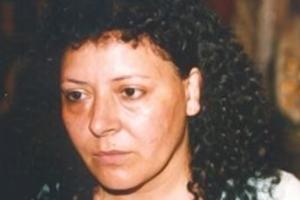 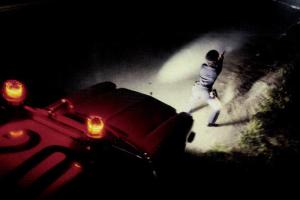 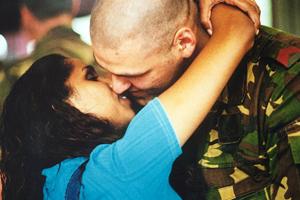 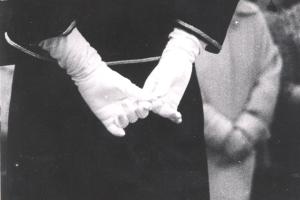 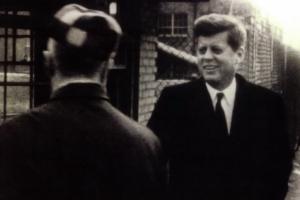