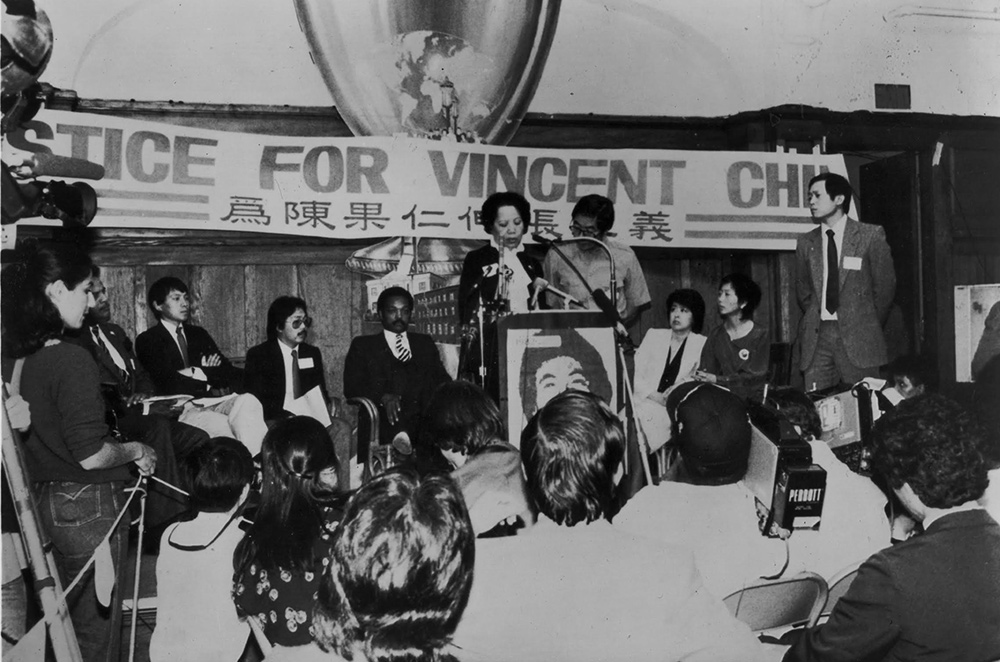 In 1996, I abandoned my nascent political career in Washington, DC, and set out for New York City to pursue a life and career in documentary film.

It was an impulsive and possibly reckless decision. But I was in thrall of the possibilities, and desperate to ditch my blue blazer and striped tie for the artistic frontier.

I was travelling north on I-95, my possessions crammed into a U-Haul, to work for a filmmaker I had met just a few months earlier. Her name was Christine Choy, and she had come to DC to screen her landmark documentary Who Killed Vincent Chin?, which she'd made with Renee Tajima-Peña.

The film had the force of a thunder-clap. It was urgently, angrily political, but compassionate and complex, and meticulously constructed. I had never seen anything like it.

On June 19, 1982, Vincent Chin, a young Chinese-American resident of Highland Park, Michigan, was in the Fancy Pants strip club celebrating his bachelor party. An argument with another patron, Ronald Ebens, turned violent. Ebens, who was white, beat Chin with a baseball bat so severely that he slipped into a coma.

Ebens was an out-of-work autoworker. According to witness testimony, he told Chin, "It's because of you little motherfuckers that we're out of work." Chin responded, "Don't call me a fucker; I'm not a fucker." Four days later, Chin was dead.

Most powerfully, the film features an interview with Ebens and his wife. In a matter-of-fact tone, Ebens describes the encounter as nothing more than a barroom brawl that got out of hand.

The film never stoops to demonize Ebens; rather, it parallels Ebens' search for "the great American dream," which he found and lost on an automotive assembly line, with the Chin family's own immigrant narrative.

The film circles the crime itself, gradually revealing the deeper layers of truth, and the ways in which the legal system ultimately failed Chin and his grieving mother. The second half of the film pivots to examine the community activism that brought renewed scrutiny to the case, and led to a federal civil rights case, that also—shockingly—failed to deliver justice. In one powerful moment, the camera finds Chin's mother struggling for the words to express her grief and outrage. "I want justice for my son," she says, but it's the image of her clenched fist, rather than her words, that linger.

The film is an indictment, but its cinematic language is vibrant, bursting with songs and textures and fragments of life, widening out to hear from regular-Joe autoworkers about their industry, or trailing Chin's mother as she visits a Chinese grocery.

Revisiting the film today, I am simultaneously struck by its formal energy and its immediate relevance to the spasm of police violence that has laid bare a pervasive racism and sparked a powerful political movement.

Jesse Moss is San Francisco-based filmmaker. Most recently, he directed The Overnighters. He's currently completing a film about Burt Reynolds and his stunt-double Hal Needham. More at jessemoss.com

END_OF_DOCUMENT_TOKEN_TO_BE_REPLACED

Barry Alexander Brown and Glenn Silber's 'The War at Home'