Earlier this year, while wandering the Museum of Natural History in New York City, I encountered some photographs that transcended all the image-weariness and callousness that had accumulated until then. Absorbing these vast, exquisitely detailed surfaces of heavenly bodies in our solar system, each one so distinct yet deeply related to the other, generated an ecstatic effect akin to what I have experienced watching the films of Werner Herzog.

I was reminded of the first time I encountered the filmmaker. Looking out over Tokyo in Wim Wenders' 1985 documentary Tokyo-Ga, Herzog gravely states: "...There are few images to be found. One has to dig for them like an archaeologist. One has to search through this ravaged landscape to find anything at all... It's often tied up with risk, of course, which I would never shun, but I see so few people today who dare to address our lack of adequate images. We absolutely need images in tune with our civilization, images that resonate with what is deepest within us. We need to go into war zones, if need be, or anywhere else it takes us...to find images that are pure and clear and transparent... I'd go to Mars or Saturn if I could...because it's no longer easy here on this Earth to find that something that gives images their transparency the way you could before."

It is a passionate, ominous refrain that Herzog has repeated in various forms over the course of his nearly 50-year career in which he has produced as many films, most of them falling, as he would say, "under the guise of ‘documentaries.'" Whether the potential outcome of this endgame is the horrid Americanization of the globe or humanity "dying out like the dinosaurs," I think I understand what he means, but not because of the content or consistency of his message. I understand it through the absorption of unprecedented images that speak as primal, sacred utterances in a developing language all its own. It is a young, crude, often arcane language, but one of wildfire, the nature of which we as a species have barely begun to comprehend. At their most potent, these images are the defining vistas of Herzog's robust, singular and far-ranging career.

The quest for "pure, transparent" imagery drove the intrepid Bavarian autodidact to steal a camera from the Munich Film School in order to make his first film in 1961, at the age of 19. From there, his dreams drove him across the Sahara, into the realm of the deaf and blind, to the slopes of a Mediterranean island's volcano on the brink of eruption, deep into the Amazon, floating above a rain forest canopy in a contraption that had caused the death of a cameraman, among the horrifying geysers of fire and blackened skies in the Kuwaiti desert, and most recently to Antarctica, where Herzog sees the terminus of true adventure, but finds its spirit nonetheless wondrously alive in the kindred scientists and philosophizing drifters who feel at home there.

With this latest film, Encounters at the End of the World (2008), the last and most literal in an unintended triptych of anthropological fever dreams exploring the planet's most extreme environments that began with his 1971 documentary, Fata Morgana (Mirage), the quest has taken Herzog to each of the world's seven continents.

Fata Morgana, a meandering survey of the Sahara Desert, its mirages, its wreckage and its people--indigenous and otherwise--is described by Herzog as "a documentary shot by extra-terrestrials from the Andromeda Nebula, and left behind." Among the film's several extended takes of actual mirages, one lingers most in the mind: a dark vehicular apparition on the horizon, arbitrarily zig-zagging in the screaming glare of the pristine, sultry landscape-a projection from an unidentifiable elsewhere.

For Herzog, everyday life is only an illusion, behind which lies the reality of dreams, a reality that requires upheaval. As he maintains in Les Blank's 1982 film Burden of Dreams, "It's not only my dreams. My belief is that these dreams are yours as well. And the only distinction between me and you is that I can articulate them... It is my duty because this might be the inner chronicle of what we are, and we have to articulate ourselves--otherwise we would be cows in the field."

In another early documentary, Land of Silence and Darkness (1971), Herzog explores the lives of blind-deaf people whose realities are as inaccessible to the audience as cinema is inaccessible to them. They communicate with each other by writing with their index fingers on one another's hands. Such frontiers of human experience, in Herzog's care, provide the raw materials with which he has aspired to contribute unprecedented phonemes to the evolving universal language of cinema, whether he is examining obsession, the pursuit of childhood dreams, religious fanaticism, bizarre metaphorical manifestations of post-colonialism or capitalism, the boundaries of perception and knowledge, the specter of death...or the occasional chicken.

But sometimes, pure, transparent images are not enough for Herzog. In Land of Silence and Darkness, he inserts quotes that are bogusly attributed to the lead character, but which he claims remain true to her character. Herzog employs devices like re-contextualizing documentary footage into science fiction, or concocting dreams, behavioral tics or dialogue for the subjects of his documentaries in service of what he has famously and controversially referred to as "ecstatic truth."

In his slightly tongue-in-cheek manifesto, "The Minnesota Declaration: Truth and Fact in Documentary Cinema," Herzog throws down "the gauntlet" in retaliation against cinema vérité. The fifth entry in the declaration reads: "There are deeper strata of truth in cinema, and there is such a thing as poetic, ecstatic truth. It is mysterious and elusive, and can be reached only through fabrication and imagination and stylization."

Severely jet-lagged, Herzog had just completed Lessons of Darkness (1992), an abstract science fiction re-contextualization of breathtaking apocalyptic footage of the blazing oil fields of Kuwait in the wake of the first Gulf War. He "turned on the television at midnight to be confronted by a very stupid, uninspiring documentary, something excruciatingly boring about animals somewhere out there in the Serengeti, all very cute and fluffy. At 2:00 a.m., I turned on the television again and watched something equally bad. But then at 4:00 a.m., I found some hardcore porno and I sat up and said to myself, ‘My God, finally something straightforward, something real, even if it's purely physical.' For some time, I had wanted to write some kind of manifesto, my thoughts about fact and truth in filmmaking-and ecstatic truth-a rant against cinema vérité. They contain, in a very condensed from, everything that has angered and moved me over the years."

On a distinguished panel at the Academy of Motion Picture Arts and Sciences many years later, Herzog remained the provocateur with an obligation to a sublime truth. This was often confounding--even infuriating--for his fellow panelists. Ross McElwee (Sherman's March) stated that Lessons of Darkness was his favorite film and tried to recall the quote by Blaise Pascal with which it opens. Herzog had to interject a confession: The quote in question was in fact fraudulent, a figment of Herzog's imagination attributed to the French theoretician for the sake of tone. McElwee groaned dramatically. Lessons of Darkness, he then declared, had just become his least favorite film.

It is important to note, however, that as vocal as he has been as a provocateur, Herzog has been equally vocal as an advocate and motivator for emerging filmmakers. The most famous case of this is documented in Les Blank's short Werner Herzog Eats His Shoe, in which Herzog makes good on a promise he had made to Errol Morris contingent on Morris' completing that first film he had always talked about. The resulting film was Gates of Heaven, and Herzog uses the opportunity to "declare holy war against television," to elaborate on his commitment to developing a "grammar of imagery" in response to civilization's grave lack thereof, to challenge the major studios to distribute Morris' film, and, ultimately, to encourage anyone who wants to make a film to "steal a camera, sneak into a lab and do it."

Herzog revels equally in capturing images as a filmmaker and discovering them as a film viewer. In recent years, he has even made films that rely heavily on images by amateur cinematographers. In Grizzly Man (2005) and Encounters at the End of the World, he admits with great admiration and affection that it was the images made by Timothy Treadwell and Henry Kaiser, respectively, that seduced him into making these films.

Similarly, he remains receptive to the influence of his subjects. The Bulgarian forklift operator in Encounters at the End of the World, who believes in trusting dreams as a kind of ocean from which reality can evolve, speaks of falling in love with the world, and closes Herzog's film with a quote from philosopher Alan Watts:

Herzog reveals that his encounter with this vagabond philosopher brought into focus his own reflection: "All of a sudden, it struck me: Yes, that's all that has carried me through all of my films. It's more clear than in any of my movies--this kind of falling in love with the world."

Taylor Segrest is a writer and filmmaker based in downtown Los Angeles. He is co-founder of DocAngeles: The Los Angeles International Documentary Film Festival, to be launched in 2010. 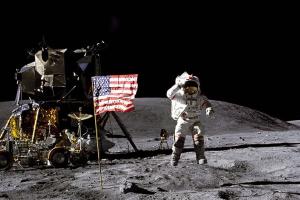 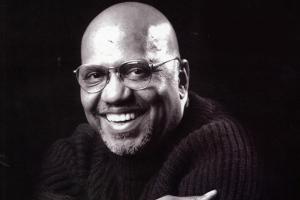 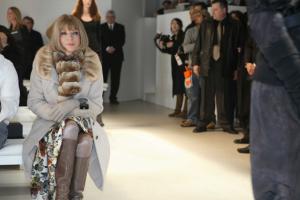 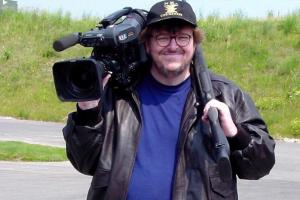 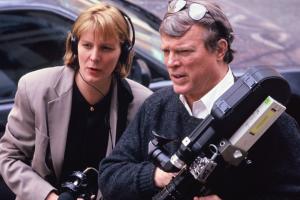 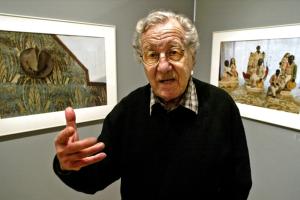