We Been Here: The Black Documentary Collective 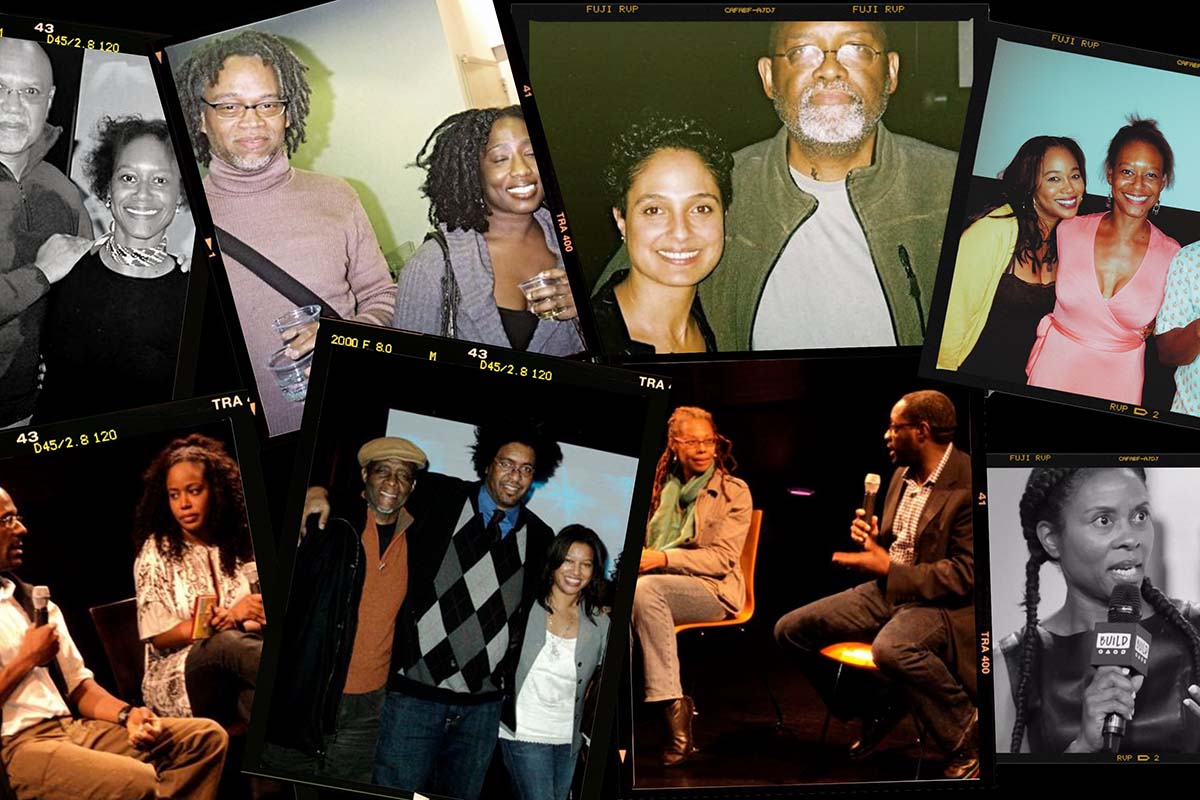 IDA and the Black Documentary Collective go waaaay back. BDC’s founder, filmmaker St. Clair Bourne, was an IDA member and served on its board for many years. He was a prolific filmmaker who told stories that celebrated the accomplishments of Black people and our untold history. He was also a mentor to countless filmmakers—myself included—and an activist and organizer at heart. Part and parcel to his leadership was being a disruptor and agitator. I remember him on many panels—often the only person of color—asking the uncomfortable questions, challenging us to interrogate issues of representation, authorship and accountability (sound familiar?). When Saint passed away in late 2007, he still had a lot more disrupting to do.

Since its founding in 2000, the BDC’s membership has been made up of a dynamic mix of documentary professionals—directors, producers, editors, cinematographers, writers, curators; and in all genres—film, multimedia, mixed reality, installation and experimental video; and at all levels—from veterans like Bill Greaves, Stanley Nelson, Camille Billops, Kathe Sandler and Sam Pollard, to folks like me who were just getting started and learning from these visionary artists. And we had guest speakers like Melvin Van Peebles (RIP), who would bless us with their time and genius.

IDA’s 40th anniversary comes at a time of great crisis and historic reckoning. BIPOC filmmakers are continuing to do the work we’ve always done—disrupting narratives and challenging our industry to do better. The sustained, sociopolitical trauma we are navigating has mobilized us to act with more urgency, greater force and renewed resolve. Our vision is unapologetically ambitious. It needs to be—this is anti-racism work we are engaged in, after all.

"For most of our members, the path to the big streamers remains opaque and out of reach, and for those who have made inroads express frustration about the dearth of BIPOC-led production services companies on the “approved” lists."

But industry remedies can be frustrating. They include offers to train and mentor us, and even “colored section” style, second-tier pathways, like earmarking lower budget streams so that companies can mitigate the “risk” they assume comes with engaging us. These “solutions” are rooted in the notion of the BIPOC filmmaker as “forever emerging.” Today, over 96% of BDC membership is made up of established and veteran filmmakers and media professionals. We are Emmy winners and Academy members. We are accomplished artists, educators and innovators. BDC, by its very existence, is a powerful counter to the forever-amateur, intermediate, ever-emerging label. Certainly, the success of any industry depends on its efforts to cultivate nascent talent, and many of our members have participated in and benefited from top professional development initiatives. But this emphasis on training and development stops short of the ecosystem-wide, systemic change that is needed in our field. The reason the industry looks and operates the way it does isn’t simply because there aren’t enough trained BIPOC to hire, commission or partner with. We been here.

In a 2021 BDC survey, even our most accomplished members listed sustainability as their primary challenge. They also expressed frustration about being shut out from what’s been declared the “Golden Age” of documentary filmmaking, as streaming platforms fund documentaries like never before. For most of our members, the path to the big streamers remains opaque and out of reach, and for those who have made inroads express frustration about the dearth of BIPOC-led production services companies on the “approved” lists. What is the process for becoming one of these, and how many BIPOC producers have the resources to build such a company? Most cannot afford to get off the hamster reel of nonstop gig work in order to build a competitive company; but doing so would not only transform the sustainability issue, it would better enable streaming companies to fulfill their pledges to diversify their programming, bring equity to content sourcing, and broaden the pool of filmmaking talent they engage.

"IDA’s 40th anniversary comes at a time of great crisis and historic reckoning. BIPOC filmmakers are continuing to do the work we’ve always done—disrupting narratives and challenging our industry to do better."

For Black filmmakers—for all BIPOC filmmakers—it is not enough to be in opposition to what is. Our sights should also be set on creating something new, on proactively devising new structures, and defining new terms of engagement. In 2016, TV executive Marvin Peart wrote an op-ed imploring Black filmmakers to do exactly that: “We clamor for seats at a dinner party where the host must be forced to invite us, instead of pushing for ownership of the house....” The future of the BDC lies somewhere in that sentiment.

How do we redefine the “C” in BDC? We need to, and can, create our own structures. From production to distribution, from innovation to impact, we can make the BDC into the studio, the enterprise that we need. By leveraging the platform we have and harnessing the tremendous resource that we are, we could very well liberate ourselves from the dead-end independent filmmaker hunger games that will never offer sustainability or growth. Surviving is not the goal. Thriving is. We’ve established that there is no shortage of talent, experience, skill, creativity and brilliance among our members. Our collective fundraising and investment power is formidable. There is no reason we cannot create an infrastructure that fuels our projects, nurtures our creativity, supports our sustainability and scalability, and enables all of our members to build capacity, grow our own companies, and be competitive. This could be the  “Golden Age” of our own making, worthy of the legacy Saint left behind.

Sabrina Schmidt Gordon is an award-winning documentary filmmaker and impact strategist. Her editing debut won an Emmy, and she has continued to distinguish herself as a producer, editor and director. She is co-chair of the Black Documentary Collective.

END_OF_DOCUMENT_TOKEN_TO_BE_REPLACED

Tributes for the Savant of Swing: Remembering Lewis Erskine (1957-2021)