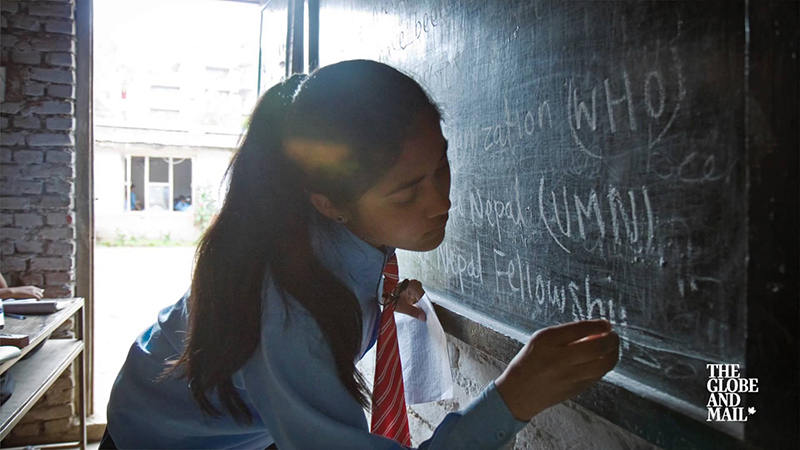 The 34th annual CAAMFest, produced and presented by the San Francisco-based Center for Asian American Media, blew into the Bay Area, along with some long-awaited rainstorms that tossed our umbrellas up and down the streets of Chinatown, the Mission and Oakland. And in the warm and dry screening venues around town, CAAMFest proved what it does best: showcasing documentaries about Asians and Asian Americans.

Amy Benson, Scott Squire and Ramyata Limbu's Drawing the Tiger is the product of seven years the filmmakers spent with a rural Nepalese family whose 15-year-old daughter Shanta is sent off to Kathmandu to be educated. She could be the first in her village to pass an examination that would qualify her for a college scholarship and a medical career—an amazing accomplishment for a girl with such a poor background. But the pressure is on amid tough circumstances: Shanta’s sister-in-law in Kathmandu resents her presence in the household, and her rural family is deep in debt. An unimaginable tragedy strikes, and both the family and the filmmakers struggle to shift the film into a new gear. Drawing the Tiger won the festival's documentary competition award. 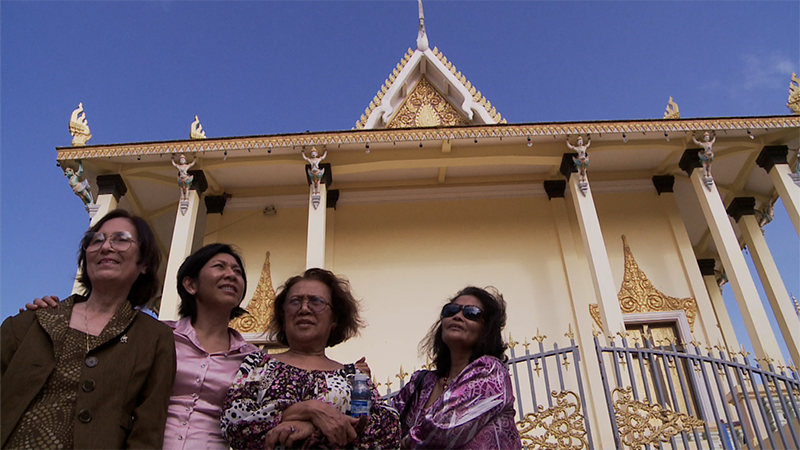 Michael Siv, whose childhood was spent escaping from the Khmer Rouge in Cambodia and then living in different refugee camps until settling in the Bay Area, was the subject of Spencer Nakasako's 2003 documentary, Refugee. That film tracked Siv’s journey back to Cambodia to reunite with his father and brother. Thirteen years later, Siv premiered his own film at CAAMFest, Daze of Justice, in which he follows California State University professor Leakhena Nou and a group of Pol Pot survivors as they return to Phnom Penh to testify at the trial of four Khmer Rouge leaders and seek an apology from them. Invited to the trial incognito is the unrepentant son of the notorious Kaing Guek Eav, the war criminal responsible for 12,000 deaths by torture and starvation.

The strongest documentaries set in the US focused on Asian Americans who have made something extraordinary of themselves despite profound shortcomings. The closing night film, Nick Spark's Right Footed, tells the amazing story of "expert martial artist, disability rights activist and the world's only armless airplane pilot, Filipina American Jessica Cox." The film makes a convincing case for the source of Cox's amazing courage and determination: her immigrant nurse mother, who devoted her life to caring for Cox but is now being challenged by cancer and the destruction of her Philippines hometown by Supertyphoon Haiyan. 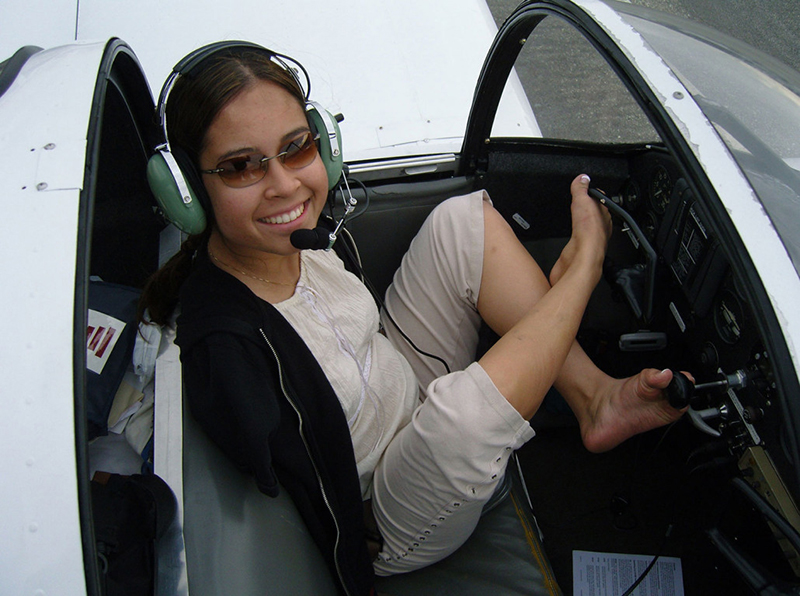 American documentarist Ben Wang's Breathin': The Eddy Zheng Story grabbed a deserved Audience Award and documentary competition honorable mention for its profoundly moving account of the redemption of Oakland-based Chinese immigrant Zheng, who at 16 participated in a vicious home-invasion robbery in San Francisco's Chinatown and spent nearly 20 years in prison and immigrant detention as a community rallied around his release and pardon. For Zheng, the years spent in San Quentin were both a nightmare and a boon: He served 11 months in solitary confinement for petitioning for ethnic studies classes, but he also educated himself and trained as an effective community activist, repaying his supporters many times over.

As a person of Asian heritage, I was astonished at my ignorance of the subject matter of Christopher C. C. Wong's Be About It, a deeply affecting short film about the high prevalence of Hepatitis B among Asian Americans. When unvaccinated, the often symptom-less chronic Hep-B sufferer can infect a newborn baby or develop liver cancer. The Centers for Disease Control claim that up to two-thirds of Americans living with chronic Hep-B don't know they're infected. Wong tracks two prominent Bay Area men, TV journalist Alan Wang and super athlete AJ Jabonero, as they face Hep-B diagnoses and the treatment it demands. The film's intimacy with the men's daily lives demonstrates that anybody can have this disease, making this a profoundly effective public service film. 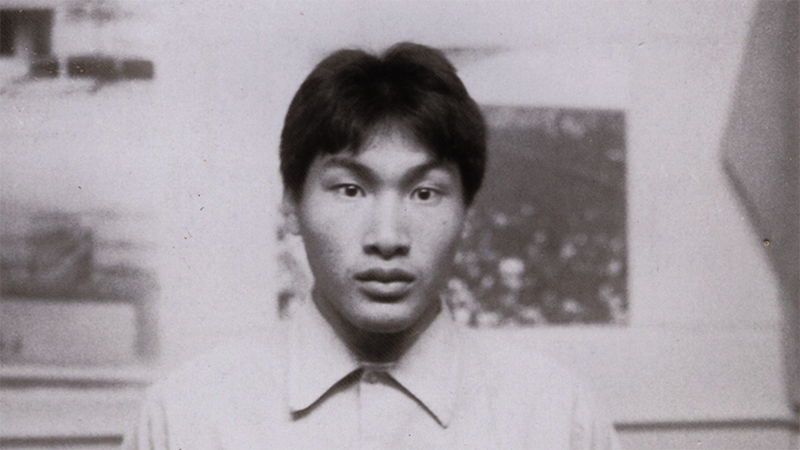 Another film dealing with the hazards of being Asian American in the Bay Area is Erica Jordan and Dianne Griffin's Painted Nails. This time it's exposure to chemicals in the largely Southeast Asian-American-run nail salon business, which of course isn't limited to the Bay Area or to Asian Americans. The focus here is on a San Francisco nail salon owned by Van Hoang, who is pregnant after two miscarriages and fully aware of the danger she poses to her young daughter and unborn child by working long hours in an environment toxic to developing fetuses and her own health. Desperate to make safer an otherwise excellent business, Hoang enters politics to testify in favor of legislation that requires public disclosure of ingredients in salon products so that they can be targeted for safety studies.

Several films in CAAMFest commemorated West Coast Chinatowns, mostly as communities where Chinese and other immigrants were once forced to live and work. That community created bonds that are now undergoing drastic changes through assimilation and urban gentrification, where the poorest and oldest residents confront real estate developers as well as a new generation of Chinese-American entrepreneurs. Canadian filmmaker Julia Kwan's Everything Will Be gets its title from a large neon sign on the façade of the oldest building in Vancouver's Chinatown. The sign says, "EVERYTHING IS GOING TO BE ALRIGHT." The building is now a museum owned by real estate marketer Bob Rennie; it houses his world famous Rennie Collection of contemporary art. The building, the sign and the "condo king" symbolize perfectly the transition in one of Vancouver's poorest neighborhoods. It is painful to see Rennie try to explain to the mystified Chinese owner of a neighboring building how his restoration acknowledges the history of the building (down to the planting of poppies to respect the opium trade!), while he negotiates to purchase two rear buildings so he can expand his own exhibition space. Meanwhile, much less monied art galleries, tea shops and apothecaries owned by Chinese Canadians struggle to keep Chinatown's small-business legacy alive.

James Q. Chan's Forever Chinatown celebrates Frank Wong, octogenarian resident of San Francisco's Chinatown, who has over decades painstakingly created miniature dioramas of the interiors of everyday Chinatown homes, a laundry, an herbalist, a shoeshine stand and a single-resident-occupancy hotel room. These exquisitely wrought miniatures, currently on display at the Chinese Historical Society of America, have become a repository of memories for Wong and other Chinatown denizens, re-creating down to the tiniest detail—a rice cooker, a mooncake, a Jackie Chan poster—a life spent in this vanishing community. A 35-minute fine cut of the film was shown in Chinatown, where the filmmakers and Wong himself were showered with praise and urged to expand the film's coverage of Wong's personal life and his method of making miniatures. 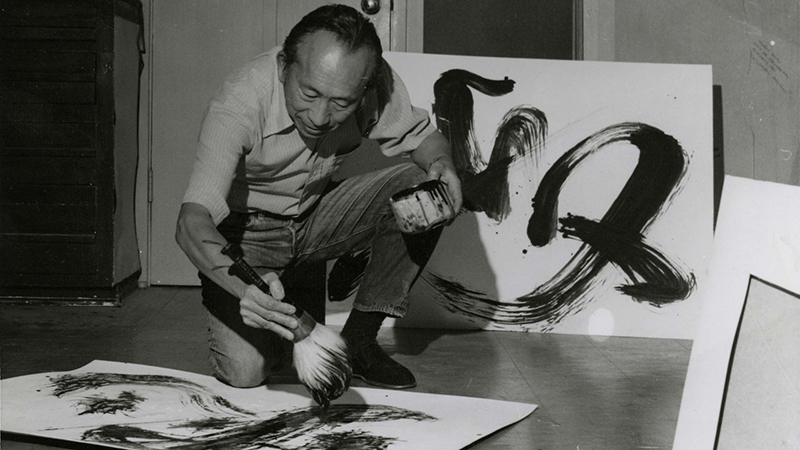 This year's Opening Night film was Pamela Tom's Tyrus, a documentary about the legendary artist Tyrus Wong. If not for this film, Wong's name would be relegated to the credit sequences of only a fraction of the Hollywood films in which he played an artistic role. Most famously, his lyrical landscapes inspired animators working on Disney's Bambi (1942). But even more influentially, his art direction and storyboards for the most iconic Warner Brothers films and his designs for best-selling Hallmark Christmas cards have left an indelible imprint on the evolution of the commercial arts. Wong's life and career, from forced separation from his father upon arrival from China at Angel Island Immigration Station in San Francisco, through a youth spent bouncing from one California Chinatown to another, then decades of struggle against discrimination in the commercial and fine arts worlds (John Wayne called him a "chink"), is the quintessential immigrant saga that is now being recognized at career retrospectives from San Francisco to New York. How delicious that he, at 106 years old, is still around to enjoy that recognition.

END_OF_DOCUMENT_TOKEN_TO_BE_REPLACED

CAAMFest Brings Food and Music to the Cinematic Mix