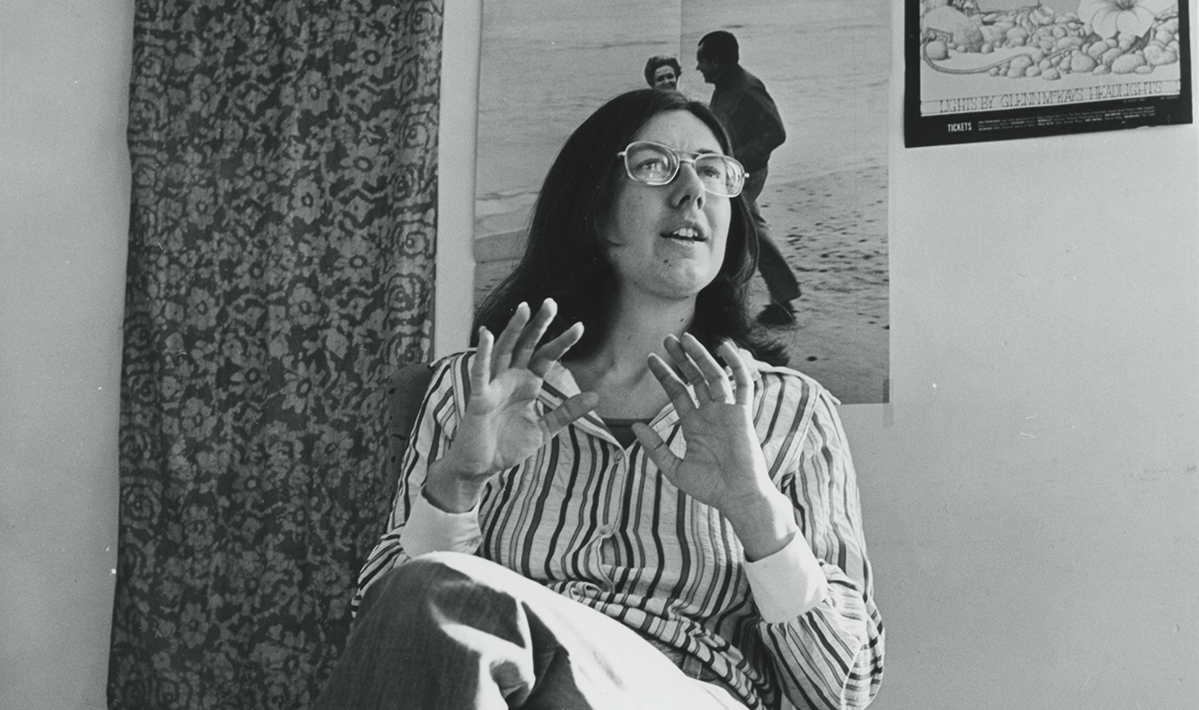 Julia Reichert, a three-time Academy Award nominee, has spent more than 40 years giving voice to women, children, the working class and the heartland in her acclaimed films. With a background in radio, where she honed her familiar yet distinctive interviewing style, she launched into her first film, Growing Up Female (1971), during her senior year in college. The films that followed—Union Maids (1976), Seeing Red (1983) and A Lion in the House (2006), among others—were her form of activism, a way to build and serve her various communities and push for change. Influenced by communal, anti-capitalist ideals of the 1960s, she co-founded a model for self-distribution that became New Day Films. And, among other actions, she organized with fellow indies to spur the creation of ITVS and, more recently, to protect PBS’ premiere documentary strands.

I recently spoke with Reichert, who was immersed in editing two upcoming films. Below is an edited and abbreviated version of our conversation.

Tell me about Growing Up Female being your student film. Did you realize what role it would play in the women’s movement or in film history?

Julia Reichert: No. I come from a working-class background. I didn’t know anybody who’d been to college. None of my relatives had ever been to college. But I was in college in 1970, so that was a time of great upheaval.

I had been involved in the very early women’s movement on campus, so I knew the idea that we were pursuing—the idea of looking at the socialization of women, and looking at my own life, at what society had taught me about who I should be as a female. So it was like, “OK, let’s go out and shoot some females of different ages; I need to do a senior project.” I thought of it on New Year’s Eve, and we shot it over 10 days. Me and Jim Klein. There were no women photographers, so there was no, “Let’s get a woman to shoot this film about women.” Especially not in Ohio. So Jim came along with the camera.

It was done very quickly. Then we started taking it around. That’s when we realized that this film could actually help build the women’s movement. I would take it to Cleveland or Athens, Ohio, or eventually Washington, DC, New York, Boston, [carrying a 16mm] print on a bus! And I would call ahead if I knew somebody in that town, and I would say, “Hey, can we get together a group of women to look at this movie?” We’d show it in somebody’s living room or a high school classroom. And there’d be like five people there, and they would go, “Holy shit. Let me call some more people.”

How conscious of a decision was it to interview a variety of classes and ethnicities?

There are two black women in Growing Up Female. One is 16 and one is 21. One works in a factory, and one is in cosmetology school. We were all influenced by the Civil Rights Movement and the Black Power Movement to think about, Who really is our country? Who really is our community? That whole film was shot within ten miles of where I lived, in southwest Ohio. We were pretty aware. We were also involved in the socialist feminist left. That was a new word for us back then. We went to meetings. We were in study groups. We read stuff, me and Jim, and certainly me and my female colleagues.

In Seeing Red (1983) or in Lion in the House (2006), those films are not about women, but we listen a little extra hard to the women’s voices. We make sure they’re there—the mothers’ voices, the grandmas’ voices, the women in the [Communist] Party, even though it was mostly men. And the same thing with people of color, particularly African-American people. We really try to listen to the authentic voice, let people have their voice. 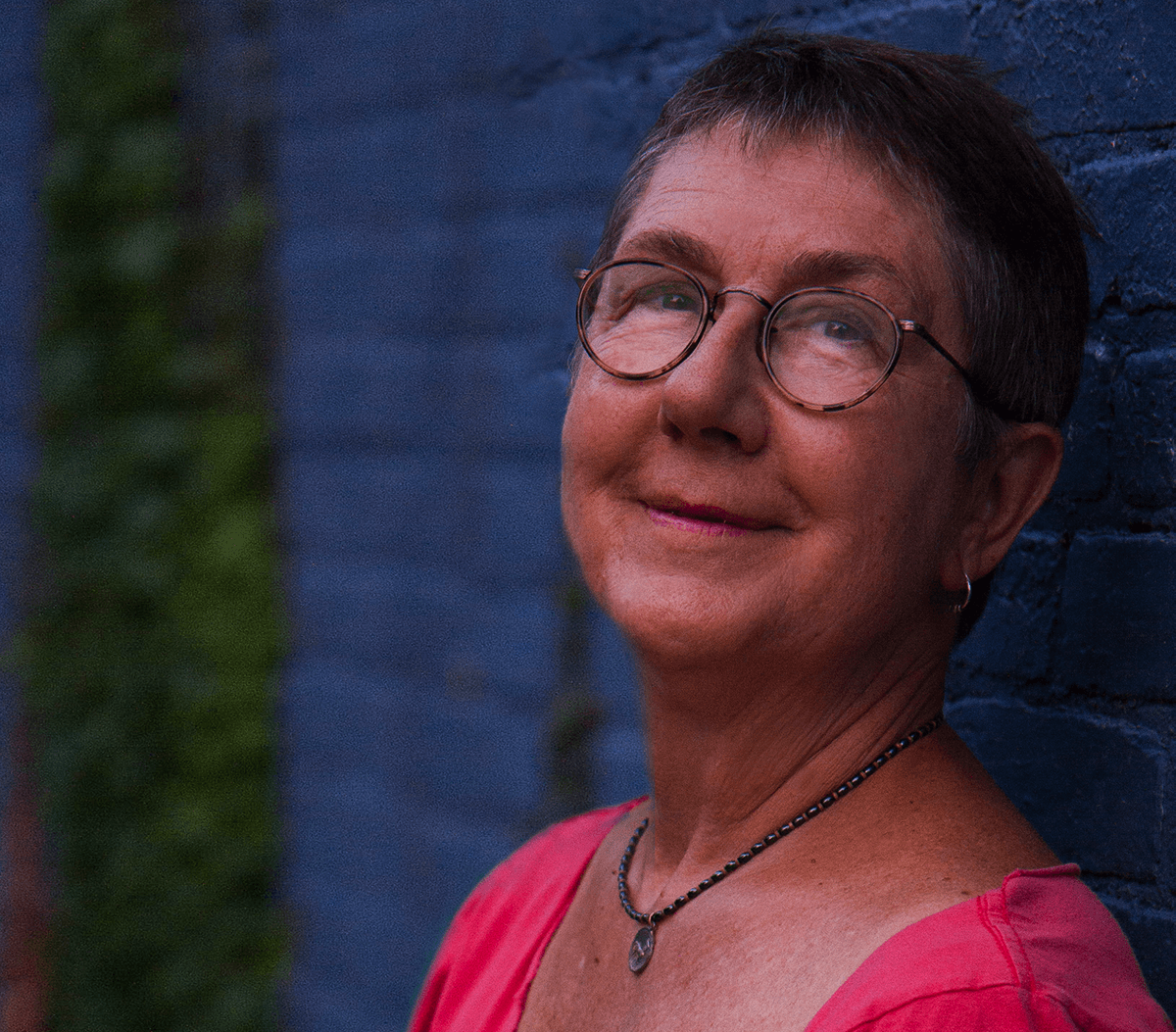 It’s my understanding that you started New Day because women were having a hard time distributing their films. Is that true?

In our case, it wasn’t. We had a distribution offer [for Growing Up Female]. And thinking about it, we were like, “We can’t do this. We can’t accept a contract that gives us no control for seven years, over price, over advertising, over how the film enters the world. We’re not going to do that.”

And one thing led to another. There were people who helped us along the way, but basically, we decided we had to do it ourselves. We printed the posters. We folded and mailed 5,000 flyers or posters. And orders started flying back in. We had three prints, then we had 10 prints, then we had 30 prints. They were all in our little apartment in Yellow Springs. We were taking them to the post office ourselves to mail them out. When we got checks—the $30 rental, or the $50 rental—we’d take them to the grocery store and cash them. We didn’t even have a bank account at first.

Would you have thought then that New Day would eventually touch hundreds of filmmakers and would still be a coveted and thriving cooperative today?

Hell no. Here’s the thing: We knew it was the right thing to do. And we could help other filmmakers. It was successful for all of us. It was like, “Yeah, we need to have things in our own hands; we just can’t give it up to the capitalist class.” And that is still true. I hoped it would expand. It did gradually expand over the years, carefully, and I’m super-proud of New Day. I think it’s a ’60s idea that worked.

And I think the basic concept of filmmakers keeping their films in their own hands, sharing the load, sharing their ideas, everybody doesn’t have to do everything themselves, you can rely on other people—this is a concept of cooperation that I feel has been characteristic of the independent film world. 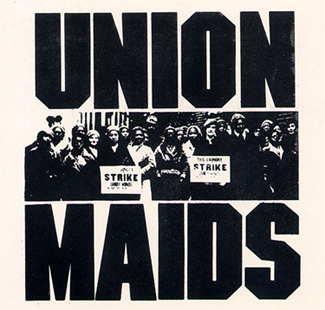 What has it been like for you and [your collaborators Jim Klein and Steve Bognar] being in Ohio and being major parts of this industry?

It means a huge amount. I think it’s central to the work I’ve done and have been able to do. I’ll tell you, there are a bunch of reasons. One is a really simple one: Your nut is very low in Ohio compared to San Francisco or LA or New York. You can get by on a lot less. You can get through those thin times when you got an idea; you got a camera that you managed to buy on your last film that you got a little foreign sale or whatever; or you borrow your sound equipment from another person who lives an hour away. Your rent is not expensive; you can even buy a house that’s not crazy expensive. Food is not that much. You don’t eat out that much. It’s cheap to live—and that will get you through trying things, committing six months to something to see if something’s going to happen. You can have a day job. I was a teacher, Jim was a teacher, and Steve worked for the Ohio Arts Council. Those are the kinds of jobs that allow you to have money and health insurance, but not have to punch a clock nine to five, or not have to make commercials, or not have to get the big HBO deal before you start. We never did that. Never.

But the other thing is, Who’s your neighbor? Who do you hang out with? Who do you see at the grocery store? If you live in a small town or small city in Ohio, you’ve got the guy who works at the post office and the woman who teaches first grade, and you’ve got the guy who collects the garbage—you don’t hang out with filmmakers. You never do. And after a while, you realize, “Man, I’ve got a job here. I’m one of the voices of the Midwest.” That didn’t happen right away, but in recent years, people have said that, and I’m like, “Yeah, shit, this is important that the country hear from where I live and the people I live with.” And that’s actually very inspiring and motivating. 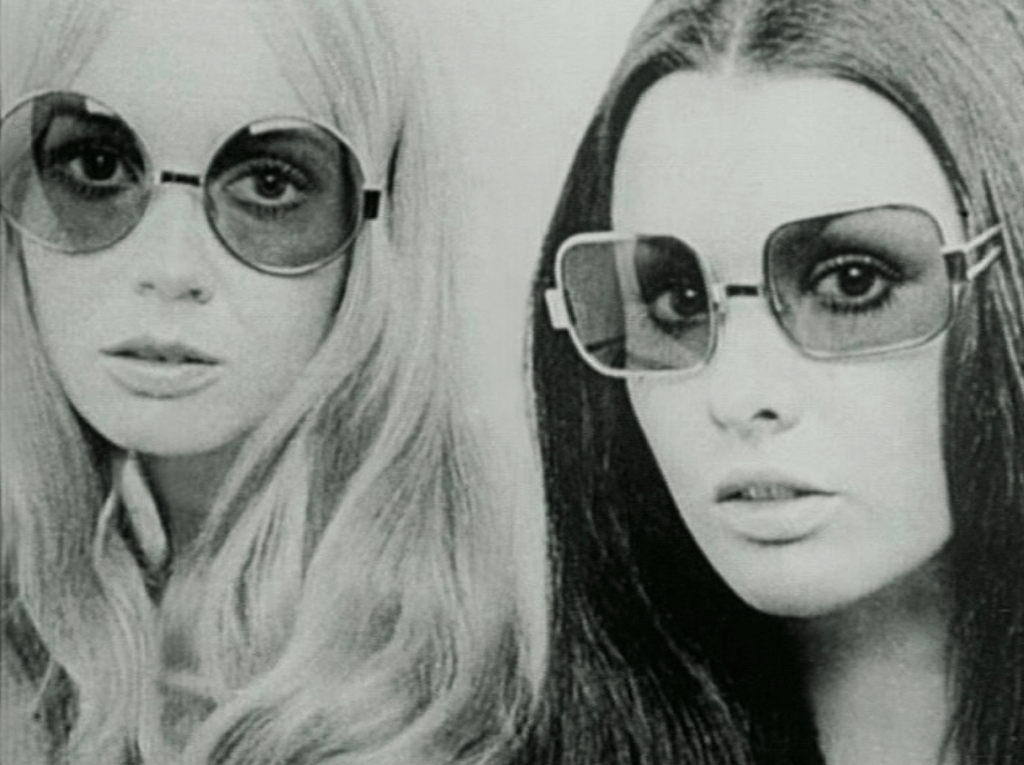 In terms of your film career, was making Growing Up Female the turning point where you decided that you were a filmmaker?

The answer is no. I think I saw myself as more of an activist. There was always a tension between being a filmmaker and being an activist. I think a lot of people still feel that. What is my better way to contribute—making films or being an activist? I remember very distinctly feeling like, “Oh, I guess I’m a filmmaker.” It was after Union Maids. It was the third film, the first Oscar nomination. People started saying, “The filmmaker, Julia Reichert,” or “The filmmakers, Julia and Jim.” Because our lives were not all about filmmaking at all. We were very active in the Dayton community, and we lived in a collective of seven people doing radio work and slideshows and working the parks and working the communities, and organizing work. So, really, from the late-’60s through past the mid-’70s, I didn’t see myself as a filmmaker. After that, I was like, “OK, I guess this is what I’m good at.” And, honestly, I’ve hardly done anything since then, other than make films and teach making films. I don’t know how to do anything else.

You are considered one of the great feminist filmmakers of our time. Yet you’ve always collaborated with men. Has anyone ever asked you about that?

I feel as though there’s a certain through line to all the work, starting with Growing Up Female and going all the way through these two new films. There’s a certain through line, and that is me. I’m not in any way diminishing Steve [Bognar]’s amazing contributions or Jim [Klein]’s amazing contributions, but there is a through line, and it’s me, which is the class perspective, and the listening to the women perspective. And the sort of, “Let’s just get in there and talk.” I love to get close to people. I love to talk with people. I’m comfortable with all kinds of people. The [men] respected my contribution, there’s a unique contribution that I made, which I only see now that I’m old. It’s just uniquely my voice in every single film. So is their voice. But mine is in all of them. Growing Up Female, which is about women, and Union Maids, which is about women and unions and working-class people, set the tone for the rest of my work.

All of these are part of my story. Every film. And maybe that’s the difference between the guys and me. It’s more personal for me. Maybe there’s a thread that’s more about my life or my concerns. Maybe I just said that actually for the first time, so I don’t know if it’s true, but it feels true right now.

Carrie Lozano is a filmmaker, a teacher at UC Berkeley Graduate School of Journalism and Director of the IDA Enterprise Documentary Fund.

END_OF_DOCUMENT_TOKEN_TO_BE_REPLACED

Vital Signs in Vérité: 'A Lion in the House' Confronts Childhood Cancer

It's a New Day: Collective Distribution