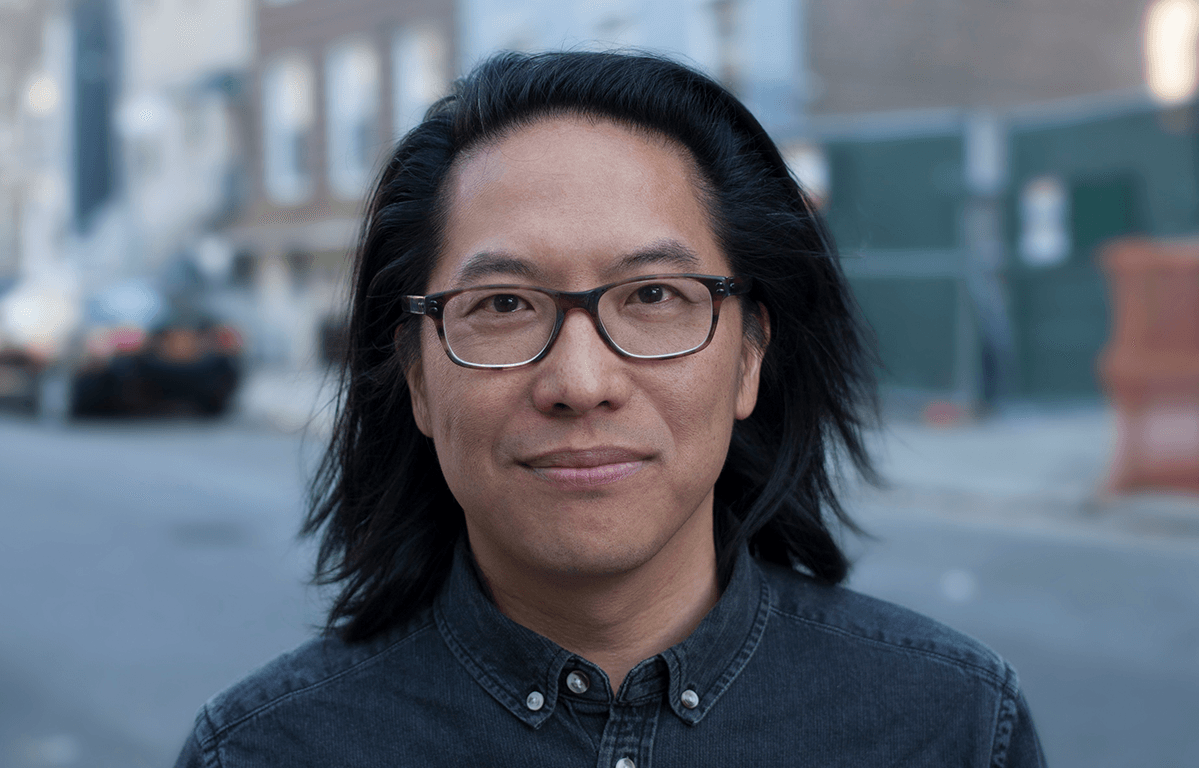 This year’s Courage Under Fire Award recipients, director Stephen Maing (High Tech, Low Life) and the whistleblowers of the NYPD 12 that he documented in his exquisite doc Crime + Punishment, may not at first glance seem as likely honorees as, say, journalists facing down the daily guns and bombs of the war-torn Middle East. But look closer. Maing, an Emmy Award-nominated Brooklynite, and the black and brown men and women in blue that he collaborated with, have taken on, as Maing reminds us, “the most powerful policing organization in the nation” in order to expose the illegal quotas that disproportionately affect New York City’s minority communities. So how dangerous is exposing systemic corruption in this force? Just ask Frank Serpico.

“I was constantly haunted by this idea of, What if I push it too far and I get one of these guys fired? Or what if somebody sees me filming these officers while they're on duty and it becomes a clear breach of protocol?” Maing admits in a phone conversation soon after the IDA Documentary Awards were announced. “Yet there were constantly times when as a filmmaker I felt like some of the practice involved breaking certain rules. Our subjects felt compelled to, and even forced to, go to extreme measures in order to gather the evidence that could expose the issues that they knew were happening. And the only way to do that was for them to break certain rules. So the spirit of this production had to be in sync with what they were doing—to be in line with this idea that they're not following all the rules, so we have to be willing to do the same.”

When asked for an example, Maing cites “the surreptitious recordings…This is something incredibly frowned upon, to put it mildly. It will get you fired or worse. These officers really took great risks by gathering evidence the way that they did.

“Also, there was a high degree of collaboration in terms of making sure that our camera could be present at as many situations as possible, to show firsthand to the public what they might not otherwise believe if they couldn't bear witness for themselves,” Maing continues. “And that raises a lot of questions. Luckily, New York State happens to be a one-party consent state. So, that's a huge benefit for making sure that we could actually use some of this material.”

Nevertheless, Maing notes, “It was a real constant source of anxiety, knowing that we had to match the boldness that they were exhibiting in order to create a vérité experience that would feel credible to viewers coming at this material for the first time. At the same time, we had to make sure that every frame of this was considered for all of the ways that the department was possibly going to come after us, or was going to try and invalidate or discredit what we'd done. So there was constantly this abstract concern about provoking [the NYPD].”

Which made me wonder if Maing himself, or any of the whistleblower cops, had received backlash since the release of the film. The director surprised me with his candid response. “What they [the NYPD] have done is, I believe, set out to kind of undermine the credibility of this film as well as the message of the NYPD 12 outside of the film. You have to remember, the saga of these guys didn't start with Crime + Punishment when it premiered at Sundance last January. They have been hammering away at this for years and years and years.

“It's just that nobody in the country, let alone in New York City, has really been pushed to pay any attention to this—as shocking as that may seem,” Maing explains. “And so one of the most visible and frustrating targets for the NYPD is Sergeant Edwin Raymond. Obviously they see him as threatening, because he is highly intelligent, incredibly articulate and unbelievably relatable. His backstory, and the kind of personal struggle and adversity that he's had to overcome to become this really incredible officer, is compelling.” 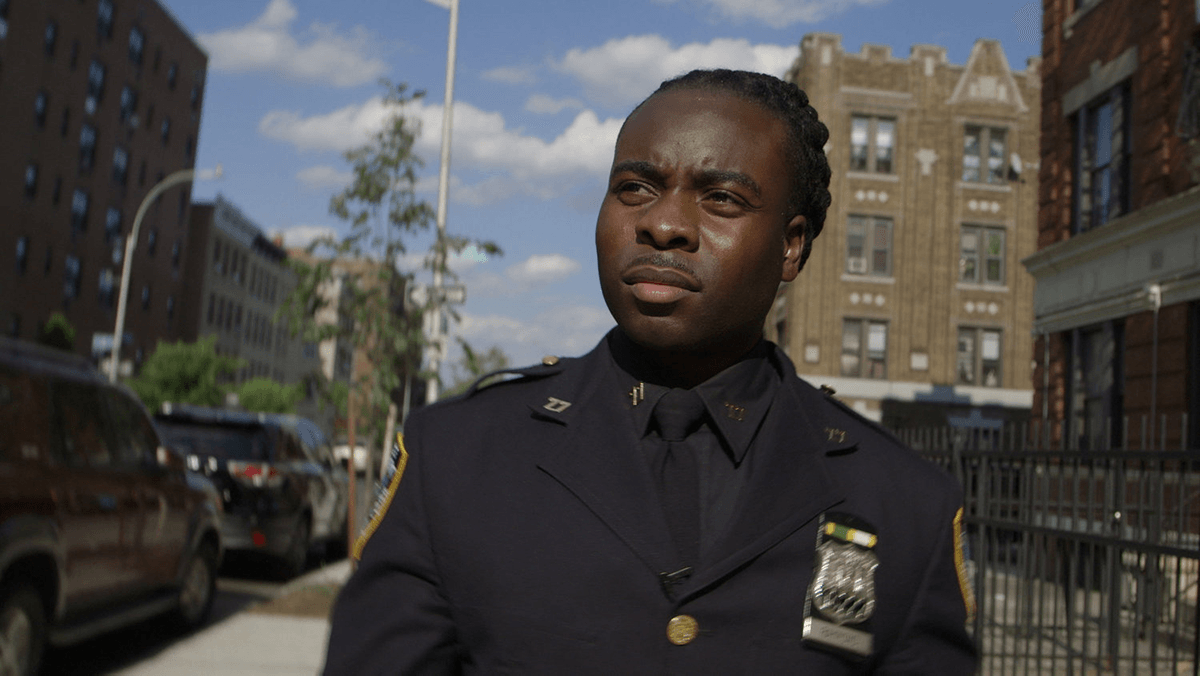 I mention to Maing that I’d indeed worried about Sergeant Raymond ever since interviewing him for this site’s Doc Star of the Month column. Unfortunately, the director does little to set my mind at ease. “Just recently Edwin has become the target of an open investigation that could possibly not just undermine his promotion, but could also end his career,” Maing shares. “He’s being charged with what is essentially reverse racism, with letting a suspect slide just for being black.

“But really it’s because of who Edwin is—because of his very vocal and ardent stance against corruption and quotas, and against the obvious kind of disproportionate targeting of vulnerable people in low-income communities. Not to mention his vocal support of Colin Kaepernick, and his role as the lead plaintiff in this [NYPD 12] class action lawsuit. He's vulnerable. And he is a target. There's no bigger target, actually, in the department.”

When asked if he’s spreading the word not just to lay audiences but to precincts nationwide, the filmmaker enthusiastically explains, “We're bringing this into different policing jurisdictions and communities. We're really making sure that we can start having conversations with other departments. You would be shocked at how often cops are watching this film outside of New York City, and coming up to all of the participants in the film and saying, ‘Thank you so much for what you've done. Because it's very similar to the problems that I'm struggling with on the job.’ That’s probably been one of the best aspects of premiering and launching this film—when officers, both inside and outside New York, come up to us and share their thoughts. And it's not infrequent.

“I'm really excited to transition into more of a national impact campaign, where we can draw not just awareness around the NYPD 12 class action lawsuit and what's happening to officers who are receiving ongoing retaliation, but also try and initiate local discussions by creating these safe spaces,” Maing asserts. “Also, what seems important is that we make meaningful use of this film so it's not just a piece of infotainment that people get to stream, think, ‘That was pretty crazy,’ and then go on and watch Family Guy or something. 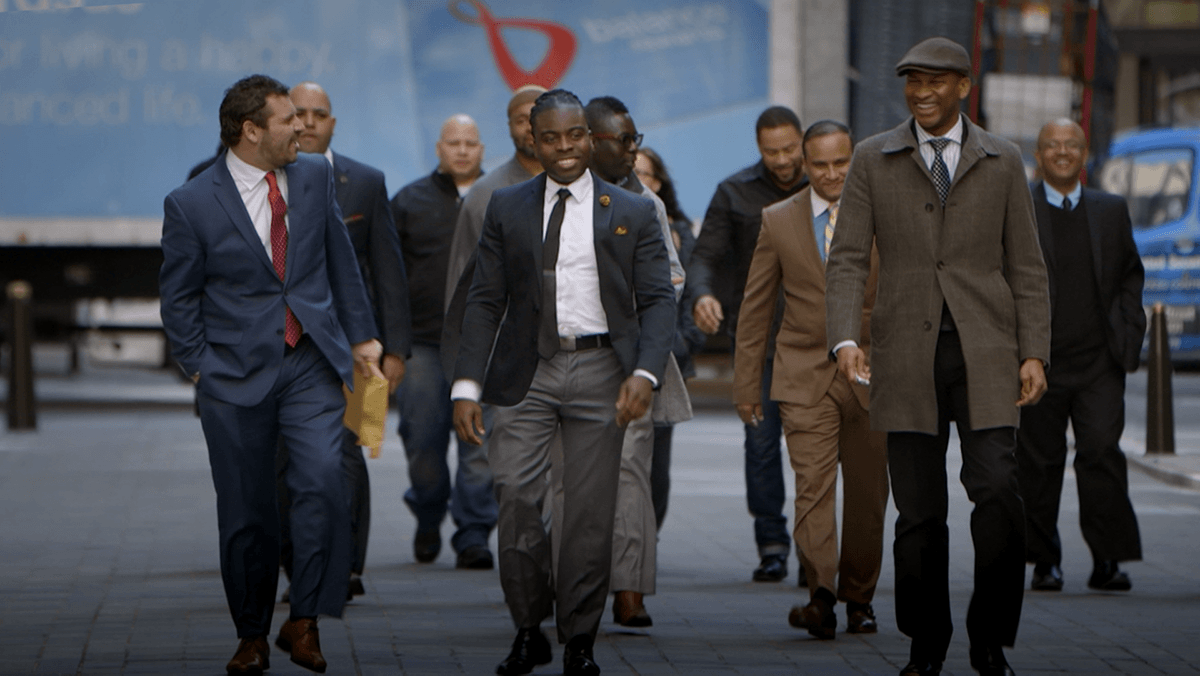 “We have a real opportunity to place this film into a national conversation, and to be a tool that helps activate real conversations around reform,” Maing maintains. “You would be surprised by how hard it is to give a film back to the world once it's done. You cannot just release a film, have a great distribution partner, and then feel like your work is done. I think when it comes to issues and stories like this one, you have to make sure that communities, reformers, NGOs—the people who are on the ground doing this work—really understand, deeply, that this is a tool. ‘Please use it—and here are the ways you can use it.’”