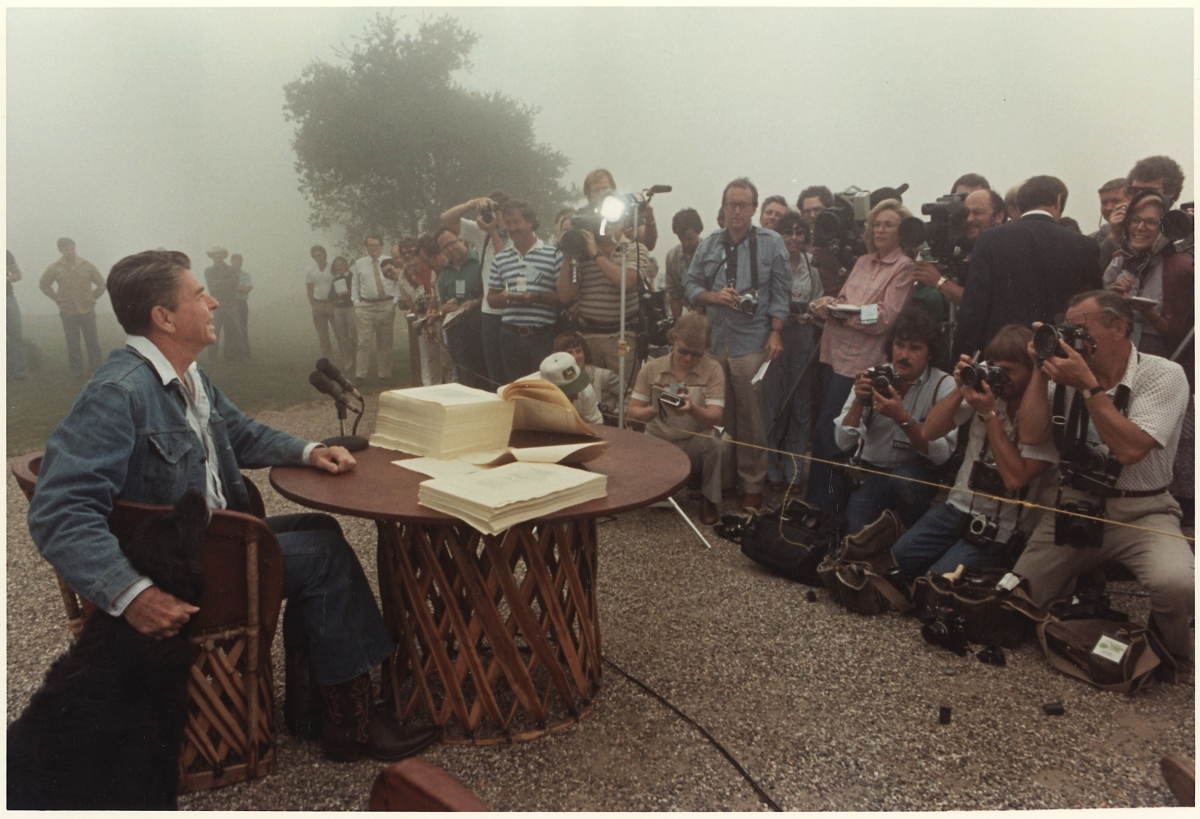 Editor’s Note: Primary, the epochal vérité masterpiece from four of Drew Associates, captured the behind-the-scenes drama of candidate/US Senator John F. Kennedy as he campaigned across Wisconsin in the early days of his journey to the White House. Enabled by the dynamics of synch-sound and the portability of the cameras that Drew Associates had developed, Primary achieved an unprecedented fluidity and intimacy that transformed documentary-making.

Nonetheless, the major US networks passed on airing the film, while Time-Life Television aired it on select independent television stations across the country. European audiences and critics, however, embraced Primary, lauding it as "a cinema very new, very lively, very lucid." And Kennedy himself, the newly elected US President, recognized the value of this kind of filmmaking as a bracing new way to document history. Drew convinced him to allow his team access to the inner workings of the presidency, resulting in Crisis: Behind a Presidential Commitment.

Fast-forward to the Nixon Administration, when White House Aides H.R. Haldeman, John Ehrlichman and Dwight Chapin all wielded Super 8 home movie cameras throughout their tenures to document the highlights of the ill-fated presidency. While all three ended up in prison for Watergate-related crimes, they did have the good sense to deposit their footage in the National Archives.

Forty years later, director/producer Penny Lane and producer Bryan Frye brought this footage out to a new generation of viewers, as much of it formed the narrative to Our Nixon, their award-winning, archive-driven documentary that compelled us to think about how history and its key players are made, presented and assessed.

While Nixon was slow to embrace the power of image, Ronald Reagan, the next Republican to be elected president, had an intuitive sense of the camera and the screen as essential tools for both communication and myth-making. The Reagan presidency made media documentation an intrinsic element to creating a long-running cinematic production.

Enter Sierra Pettengill and Pacho Velez, who spent nearly four years sifting through the volume of archival footage from the Reagan Library, as well as from news agencies, to give us The Reagan Show, a wall-to-wall, archive-only meditation on the Great Communicator's ballyhooed "role of a lifetime."

We asked Penny Lane to sit down with Pettengill and Velez for a conversation about creating a narrative from the archival record, assessing history then and now, and juxtaposing cinematic reality and political reality.

Why did you decide to use an all-archival format to tell the story of the Reagan presidency?

Sierra Pettengill: The reason we remained within the archival record for the whole film is that we wanted to talk about not just the story, but how the story got told: how the narrative of the Reagan presidency was propagated and reinforced. And in order to do that, we needed to remain within the bubble of the archival record, which shows exactly how the Reagan narrative was developed. We're doing a textual analysis, or an excavation of a time capsule, to see how that story was made and what tools were used to do it. And so, the absences in the record, the things that the Reagan Administration and news media were not focusing on - those were just as important to us as what was included. Between the news archives and the Reagan Library footage there was, I think, about 1,000 hours of material. And our approach was to let the archival tell us what the film would be.

Pacho Velez: Yes, the subject of the film is as much the archive as it is the history represented in that archive. It's an anthropologically-inspired approach. When someone is working in a field site as an anthropologist, for instance, they are closely examining cultural objects or practices to discover what it tells them about the larger culture. In this case, we're also looking closely at a cultural object - the archive. And we want to know, What does an examination of this cultural artifact tell us about the culture that produced it?

The Reagan Show is sometimes billed as a film about "the first TV presidency." Can you walk me through some of the implications of that idea?

PV: Of course, there are lots of first "televised presidencies." Truman was the first president to appear on TV. And the Kennedy-Nixon debates in 1960 - that was a key moment in the development of the televised presidency. Roger Ailes and his collaboration with Nixon in 1968 is another key moment. But Reagan is the first president who approached the televised image as his primary means of communication.

SP: When we talk about Reagan as a "television president," it's a way of arguing that television is kind of the best lens to look at Reagan through. It's not a biopic. It's not a comprehensive overview of his presidency or the man. The film is really about the way he used media and media used him. And then, there's the fact that Reagan's skill set as an actor means he is uniquely suited to be in front of the camera; he has spent the majority of his adult life orienting himself for moving image. The way we approached this project was with the seed of the idea that we're interested in the performance and acting as a way of looking at the Reagan presidency. But that was really all we came to it with before we just started going through all the footage.

Do you remember any "a-ha" moments in that early research phase that lead you closer to the concept for the film?

PV: So often when making a portrait film, the primary question is, What’s the reality behind the surface? In our preparatory reading for the film, we came across Nancy Reagan's autobiography. And in it she says something like, "People are always asking me, What's my husband really like? But the truth is, What you see is what you get." That was a "Wow" moment for us - this idea that this film wasn't going to be about the exterior Reagan and then the interior Reagan. It was going to be a film about surface, about the image - and the image was the man. So, to understand the man, you have to understand the image.

Did you always have the idea of working with these two separate archives - the Reagan archive, also known as "White House TV," as well as the broadcast news archive?

SP: Originally we conceived this project as just being drawn from the Reagan archives. And we got maybe halfway through and realized you can't only look at the Reagan machine. There is a way that the media is involved that is complicated and important to understanding how this narrative was created.

PV: Yes, and then the other thing we ended up adding is movie footage - both from Reagan's career, and from The Day After. And then, of course, the film has lots of references to Star Wars, so there is this strange intermingling of movie reality and movie narrative with political reality and political narrative. It becomes hard to separate them.

SP: That was why it became important to us to have the film follow a kind of traditional movie three-act structure, in order to mirror this movie reality, or movie nonreality, that Reagan is very much living inside. In our film Reagan himself says, "Save something for the third act" as the film shifts into the third act - because of course he's thinking about narrative too.

What kinds of specific challenges and benefits come into play when you commit to working within an all-archival approach?

PV: When you're making an archival project, every image is doubly authored. So, there is both the intent of the person who originally authored it, and there is the intent of the person selecting it for the new film. And so there is a kind of doubling that takes place, which is great because it adds depth and ambiguity and can add conflict inside of the image, especially when those two purposes are at odds in some way, as hopefully happens a fair bit in our film.

SP: [Laughs.] And it also gets in your way at every turn.

SP: Well, I work with archival footage a lot and oftentimes that's working as an archival researcher on other people's films. And usually what you're doing in an edit when you're working with archival is trying to slot it into a very small window - or the black holes that are "missing archival."

Right, so as the archival researcher, you're usually responding to an edit that's nearly locked, but which has a bunch of text cards that say, "Insert archival street scene here."

SP: Exactly. You're trying to stretch that material as far as it will go to the new author, and leave as much of the original author behind. And the challenge of archival is, you can only push that so far. And when you're trying to get the viewer to look at something that you want them to look at in a frame or an emotion you want them to have, you're very often fighting the perspective of the person who shot it. And I think that's what was so appealing about this project for me: The whole point of it was to look at perspective, both the media perspective and the Reagan Administration's perspective as they're documenting things, and make that kind of the focus, instead of fighting it.

And as you know, Penny, the hard and incredibly rewarding thing about archival work is what I keep coming back to: It's trying to translate something across history all the time. You're battling the kitsch factor, or all these particularities of a historical moment, and trying to leap over them to connect them to something else without saying that that's what you're doing. And that's some of what we're trying to describe in this film, especially in the last scene. It should feel reminiscent of all these other things and relevant today, but also, it should read as very clearly the 1980s.

I'm going to close with my least favorite question, as a person who makes lots of historical documentaries. But you brought it on yourself by using the word "relevant." Why is this film relevant now?

SP: We'd been making this for three and a half years, and by no means did either of us predict the rise of Trump. But we were looking at this exact thing, which is politics as spectacle, the way that imagery is prioritized over content or policy. And we talked about the Reagan Administration as being a formative moment when you can watch that shift, really watch it and be immersed in it in real time. And then with Trump's election, which happened right at the end of our edit - that was a mindfuck - you can look at the roots of the present day in this moment and see it forming through our film.

PV: Yes, it's really a macro trend that we're illustrating. And with Trump, there is a particular manifestation right now that makes the trend especially pointed or prevalent in national political discussions. But this trend is something that's been going on since the late 1970s. It's the same thing that Adam Curtis is talking about in many of his films - the transition from politics as a space of nuanced description to politics as a space of simplified, reassuring narratives. That's the new space that we're living in. And it's wrong to think that Trump is the end of it. He's just one more way station along the road.

The Reagan Show premieres in theaters June 30 through Gravitas Ventures and CNN Films.

Penny Lane is the award-winning director of two feature documentaries, NUTS! (2016) and Our Nixon (2013) and an Associate Professor of Art & Art History at Colgate University.

END_OF_DOCUMENT_TOKEN_TO_BE_REPLACED

Penny Lane and the Flim-Flam Man