Penny Lane and the Flim-Flam Man 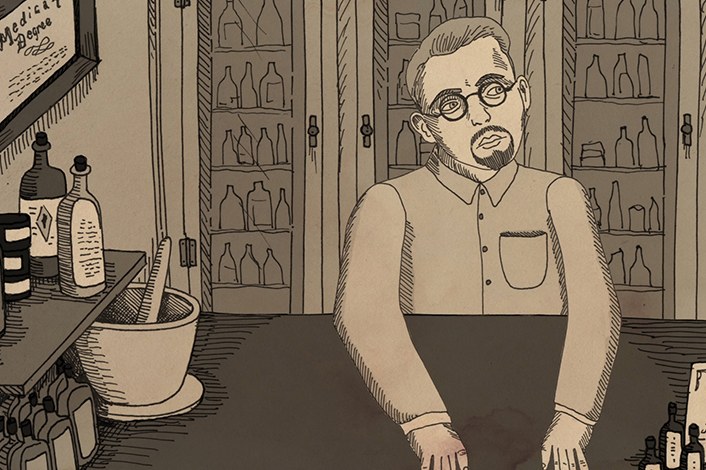 “The harder they hit me, the higher I bounce.”
—John R. Brinkley

“Without anything resembling a real medical education, with licenses purchased and secured through extraordinary manipulations of political appointees, and with consummate gall beyond anything ever revealed by any other charlatan, Brinkley…continues to demonstrate his astuteness in shaking shekels from the pockets of credulous Americans.”
—Morris Fishbein, M.D.

“The most creative criminal this country has ever produced.”
—Pope Brock, author, Charlatan

In an age of search engines, digital digressions and bytes of virtual knowledge, it feels like one is witnessing a small miracle when the power of the written word presents itself as Guttenberg himself no doubt intended: printed upon an acid-free page—or, in this instance, 324 pages—to be read, enjoyed and inspired by. I do not know if these were filmmaker Penny Lane’s exact thoughts seven years ago when she discovered Pope Brock’s book, Charlatan, at a library in Troy, New York, but it is edifying to know that her local librarian helped her to discover the topic for her second documentary. After reading Brock’s biography of “Doctor” John Romulus Brinkley, Lane felt the story had the makings of a good movie, and set about researching one of America’s most successful hucksters: an entrepreneur and confidence man who managed to build an empire that earned him millions during the depths of the Great Depression. His surgical goat-gland procedure became so famous in its day that Buster Keaton even used it as a sight gag in his movie Cops, providing free international publicity in spite of the laughs.

Through showmanship and an unhealthy reliance on the placebo effect, Brinkley set up shop in Milford, Kansas, in 1917 and began transplanting goat glands (portions of the testes) into his male patients as a cure for impotence—or any other ailment that happened to present itself. Along the way he acquired a radio station, using it to promote his various cure-alls, gradually amassing a small fortune. And, despite his genteel claims to the contrary, over the following decades he would maim and kill hundreds of his patients in the process. 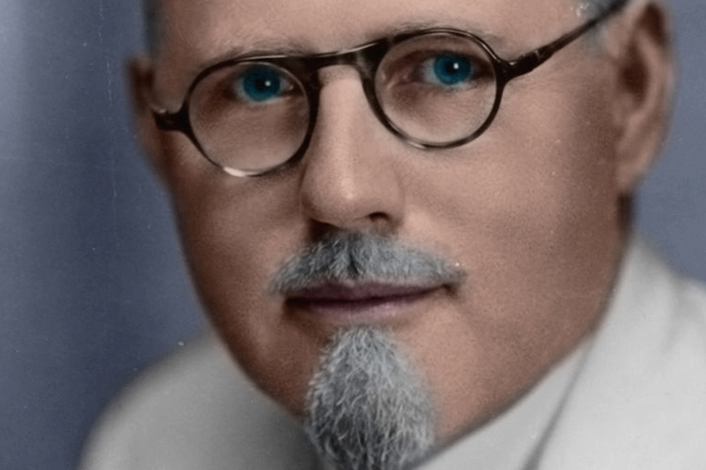 Brinkley’s story was a brazen, unconventional and wholly American one, a rags-to-riches-to-ruin swan song that, when pared down, fit rather neatly into a dramatic three-act structure—a filmmaker’s dream—or nightmare, depending on how one views the challenges and time requirements of archival research.

As Lane explains, “The basic structure of the story is the way that I imagined it from the beginning: Act One, goat balls in Kansas, and then he loses all that; Act Two, he goes to Oz and he’s in Texas and everything is in color now and it’s like this outlaw world; and then Act Three is the trial. That was really the way his life worked.” 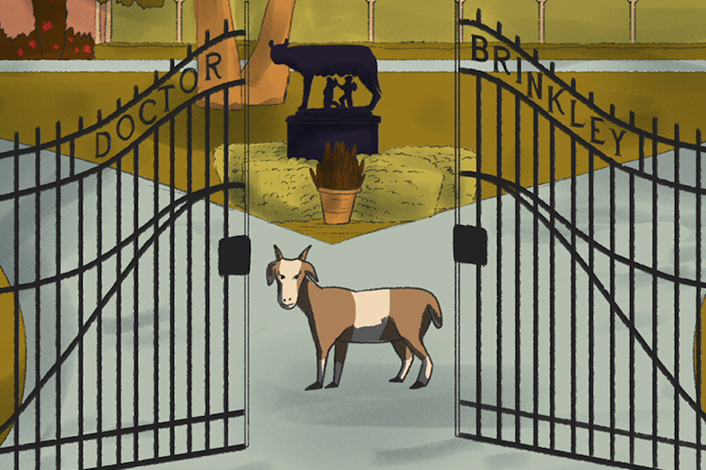 This structural realization came early in her research, but given the unsavory details of Brinkley’s history, both Lane and Thom Stylinksi, her screenwriter, were at a loss: How could they translate years of research about an unscrupulous con artist into a story that an audience would be interested in, beyond its initial shock value?

“I just didn’t have a character that anyone would care about—certainly not a character you would root for,” Lane admits. “That was what I wanted the film to do. I wanted the film to ask you to root for him for some portion of the run time, and I decided that animated re-enactment would suit this film very well in the sense of its artistic challenges. For me, animation and the idea of voice actors seemed like something that I wanted to deal with, as opposed to sets and lighting and period costumes. Plus, animation lets you do something really specific, [since] two-thirds of the film is animated re-enactment. There’s a kind of non-wink to the audience, even if it’s on a subconscious level—like maybe it shouldn’t be trusted or interpreted as the literal truth, since what you’re [actually] seeing is cartoons.” 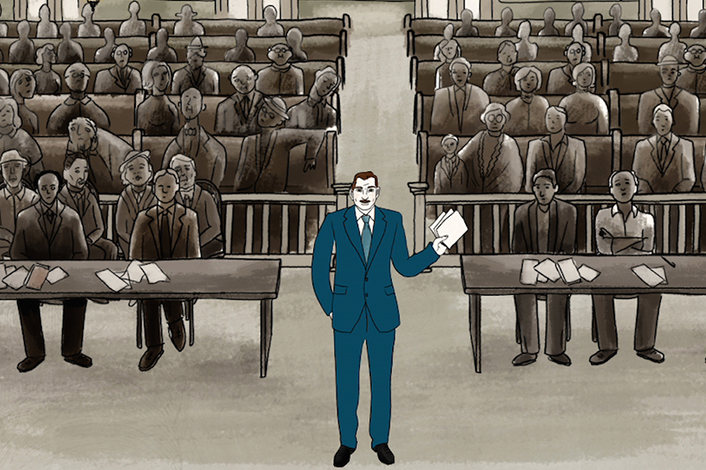 At the beginning stages in her research, Lane realized that the information she was unearthing about Brinkley and his palliatives were actually propaganda that had been generated by Brinkley himself—a fact which she does not initially let the viewer in on, at least not directly. There are subtle clues peppered throughout her film, which would explain the literal presence of the filmmaker’s “heavy” hand when presenting a book of text for the camera that attests to the doctor’s miracle cures, and the tortured fate that awaited any and all who would presume to oppose him.

“Everything I was finding was just an extension of the con,” Lane explains. “I thought, Well, that would be so fun to make a documentary about a liar, using archival materials, in the way we think of historical documentaries using archival material to look authoritative and well researched and true: ‘Well, this must have happened; here’s an old black-and-white film about it.’ I just thought that would be such a weird challenge. How could I navigate the ethics of it? How could I do it and not be a total jerk that everyone would hate and never watch one of my films again, because I would out myself as a con man? It was a frightening, exciting, scary risk.” 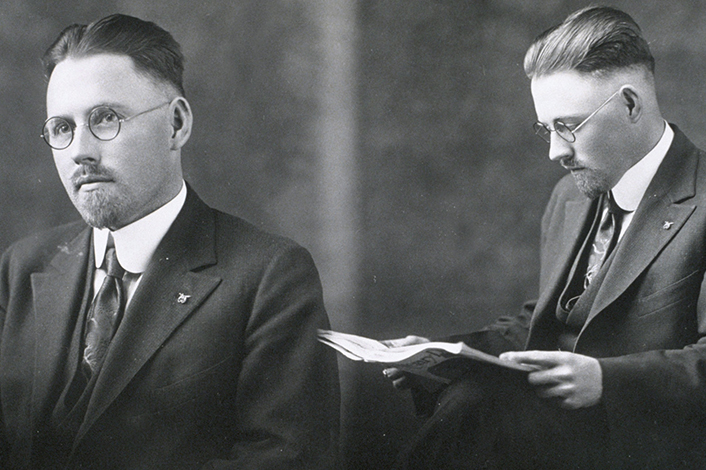 Borrowing a page from the good doctor’s book, Lane and Stylinski took some artistic liberties with their rendition of history, going so far as holding back on the chronology of certain events from Brinkley’s shady past, only to have them revealed during the final trial at the documentary’s climax. Brinkley’s main antagonist was gradually revealed in NUTS! to be Morris Fishbein, MD, the former head of the American Medical Association (AMA), editor of the Journal of the American Medical Association (JAMA), and an outspoken opponent of quack practitioners in general and Brinkley in particular. Fishbein’s lambasting of him in his two-part 1938 article, “Modern Medical Charlatans,” was what ultimately drove Brinkley to bring a libel suit against Fishbein, an act that proved to be the millionaire’s undoing.

Lane and Stylinski worked as co-editors on NUTS!, with Lane taking the director’s reins and Stylinski getting sole writer credit. The film won a Special Jury Award for Editing at the Sundance Film Festival, but as Lane explains, “In a documentary, so much of the writing actually happens in editing. You’re also dealing with interviews and archival and this other material. So Thom sat and edited with me and then we would write the script, and then we would go back to the edit, and go back to the script, and back to the edit. That went on for years, during periods of time when we didn’t have the money to hire animators. We were just endlessly tweaking the script. I think we rewrote the narrator part hundreds of times. 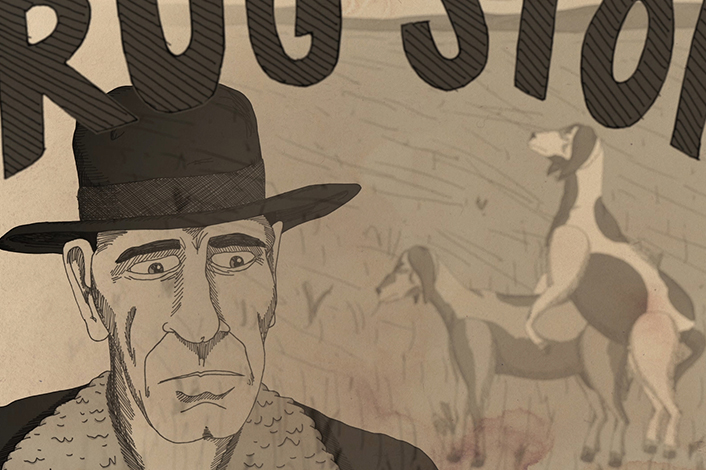 “I was watching a lot of animated shorts online and thinking about different styles, trying to wrap my head around what it was we were looking for,” Lane continues. “When I found Drew Christie’s Op-Doc in The New York Times, I thought, ‘Oh, this is what I was picturing; here it is.’ He came on and did one chapter with a small amount of money that I had from the Tribeca Film Institute. Then from there it was something to show the other animators as a kind of template to begin to develop all these different other styles.

“We did a Kickstarter in the autumn of 2014, and raised about $80,000,” Lane recalls. “At that point it was the balance of what we needed to finish the animation and the music. The (other) major funders were Creative Capital, the New York State Council on the Arts (NYSCA) and Tribeca Film Institute’s Documentary Fund [which had also supported Lane’s first documentary, Our Nixon]. Creative Capital was really helpful because I think the film was a real fundraising challenge, and they like to take risks on an artist they believe in. In a time when it was just impossible for us to get any money to get the movie started, it was really important to get the Creative Capital money. You only get a Creative Capital Grant once in your life. It’s not so much about a particular project as it is about a transitional moment in your artistic development, where they want to see someone who is about to take a big leap into the next phase of their career. They’re really looking for pivotal moments to help support the artist.” 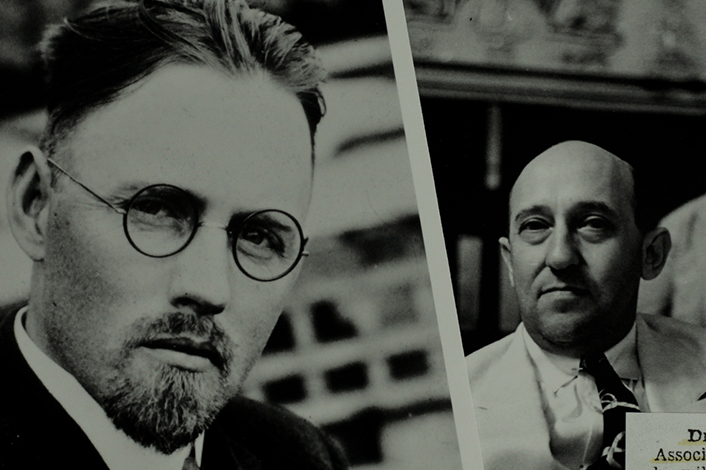 As a story, NUTS! is fascinatingly bizarre and larger than life, but it is also a cautionary tale about celebrity, hubris and greed that still holds sway today. Of course, you shouldn’t take my word for it; go and have a gander when it unspools at an arthouse cinema (or digital release platform) near you, and decide on its artistic merits for yourself. And if the sight of goats fornicating offends you, albeit in animated form, well, you can’t say that you weren’t forewarned.

NUTS! opens June 22 at New York’s Film Forum, with a theatrical rollout throughout the summer.

END_OF_DOCUMENT_TOKEN_TO_BE_REPLACED

'Our Nixon': History through Home Movies

No Longer Just Wallpaper: Archival Footage Can Inform and Shape Your Film's Story