Threat, Risk and Truth at Getting Real 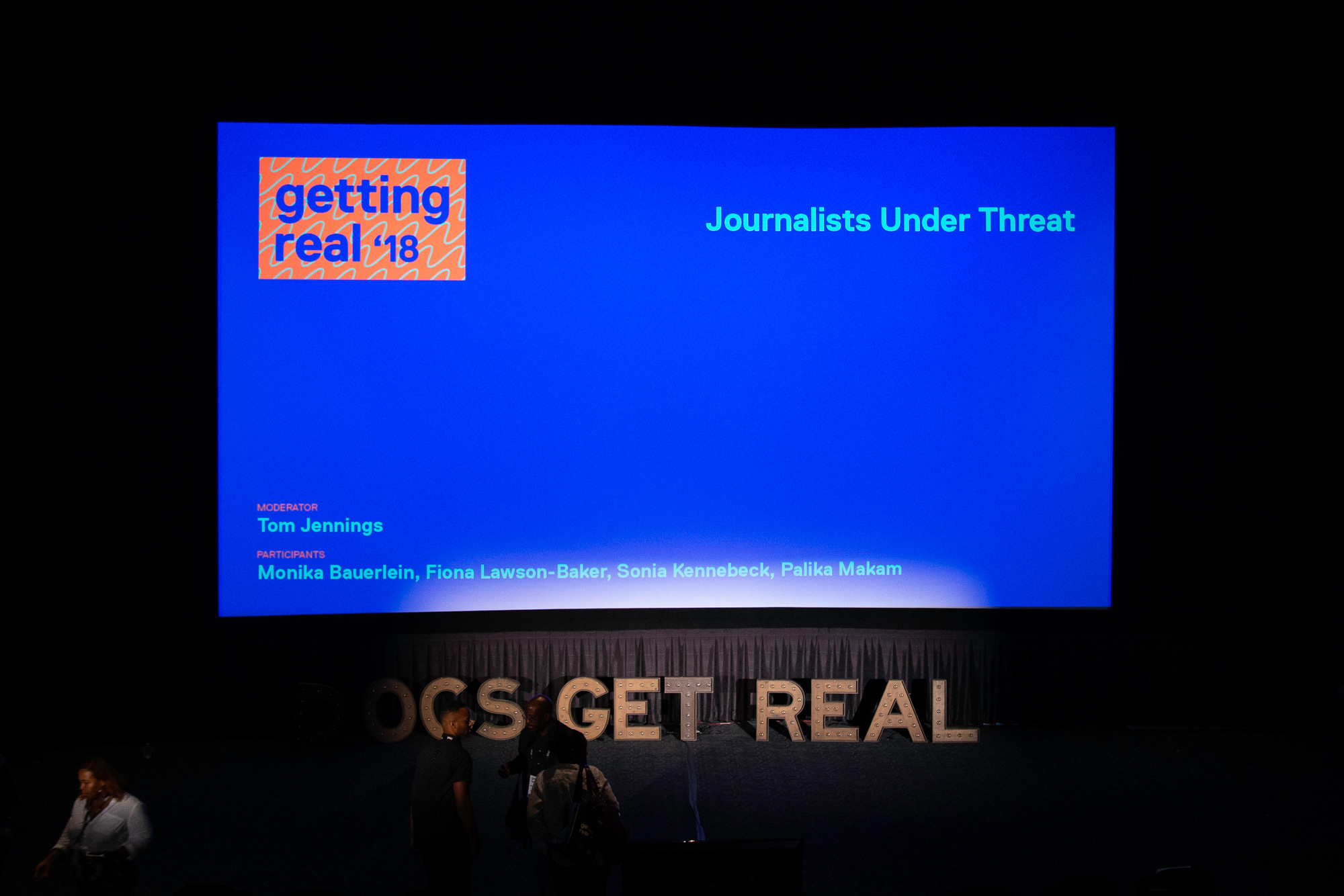 In 2018, journalism is a dangerous career. Professionals and citizen journalists find themselves attacked on social media, on the phone or in person, despite acting in the public interest. Perilous situations persist, from jeering and intimidation to jail or death threats. Such circumstances demand that journalists develop a targeted skill-set to promote the safety of themselves, their team and their work.

Mitigating risk is more than protecting one's physical safety. Journalists must also advance and refine their sleuthing skills to discern truth from lie, a once-basic tenet of journalism now requiring heightened attention and a bevy of resources.

The Getting Real 2018 conference addressed these issues during three sessions:

• "That's a Fact!" —a presentation from two fact-checking professionals; and

Opening the discussion, Jennings said, "Filmmakers are activating in a journalistic sphere like never before. The political discourse around the world is changing. With Charlottesville and Ferguson burning in our consciousness and seeing filmmakers go after threatening topics, we decided the best way to look and provide examples for filmmakers is the world of journalism."

Jennings then played a voicemail in which a male caller threatens to murder Jennings. "This is not that unusual for us," he maintained. "We get threats like this often in our line of work."

Bauerlein observed that, while journalists have always faced threats, 2018 presents new depth to the problem. "I spent a lot of time lying awake at night after the 2016 election like everyone else," she noted. "The unique, extra thing keeping me up at night was that this moment is an incredible threat to journalists and truth-tellers of all kinds who seek out inconvenient truths and get them out to audiences. The election seemed to be a referendum on whether or not that's okay. Here I am with this election result thinking, I am responsible for keeping the people who work for us safe and continuing to get at the truth in this suddenly much more explicitly dangerous environment. It became paralyzing in a way."

But when working to protect a large team of truth-tellers, Bauerlein cannot indulge paralysis. "To categorize and understand the landscape, I started looking at threat assessment," similar to what is used in cyber-communities. She offered a threat -assessment model that poses three questions:

Framing scenarios within this model, Bauerlein said, has helped her determine "what things to really worry about."

Filmmaker Sonia Kennebeck knows this reality all too well. To her, a threat assessment is "how you should start out every project and prepare for the worst," detailing her highest-priority concerns on any project —operational security; personal safety in a crisis area; encryption; data security; trauma protection for herself, her subjects and her team; and legal protection. "You have to deal with a lot of psychological stuff anyway with your subjects," Kennebeck added. "For them, this is extremely traumatizing, but you have to be safe yourself." 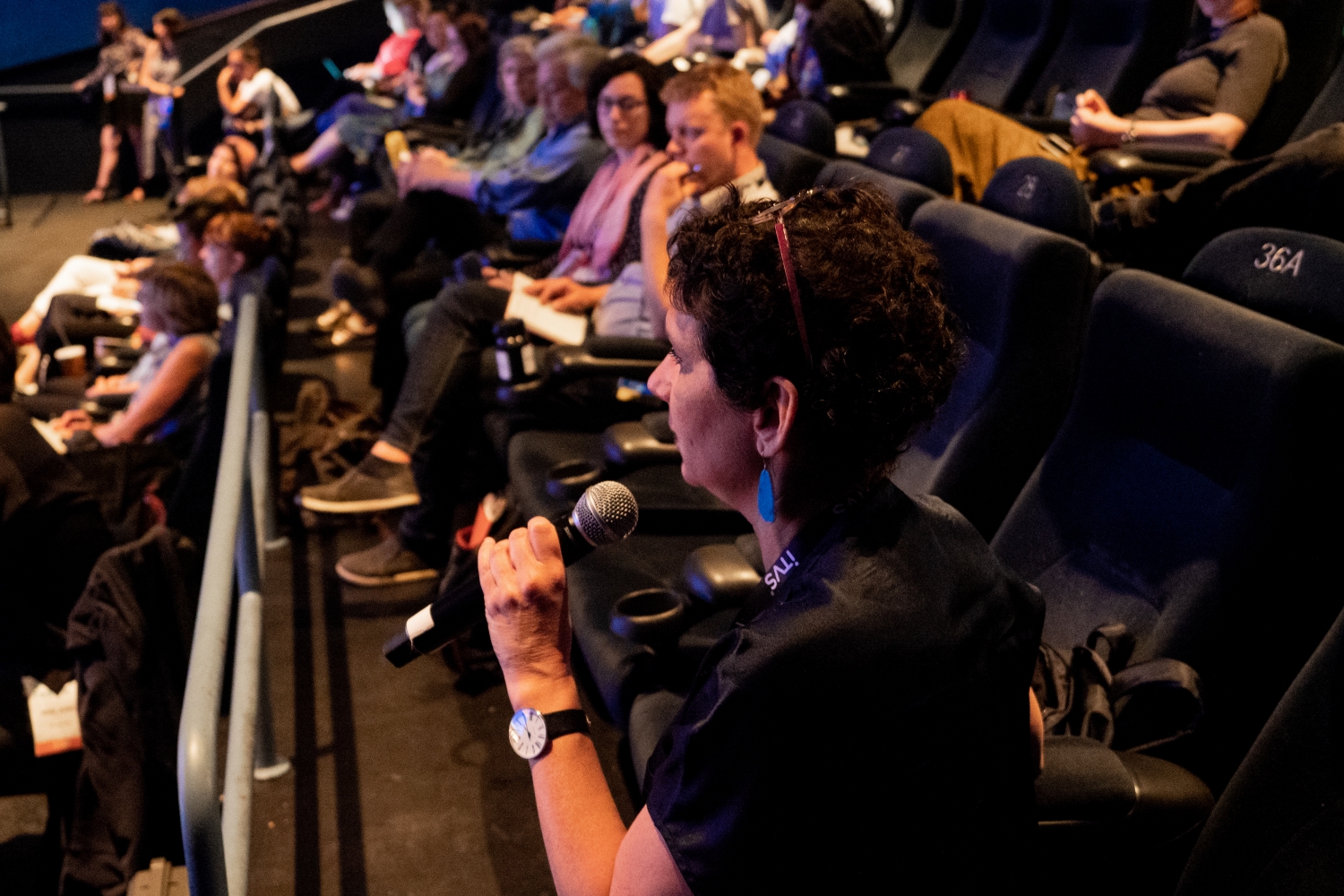 According to the National Institute of Mental Health, factors for PTSD include more than living through dangerous events, but also perceived threat to life, including a threat to another person's life—seeing someone else hurt or feeling horror or helplessness. Journalists and documentary filmmakers routinely face circumstances that put them at personal risk for trauma, even when experienced vicariously.

WITNESS is an international organization that uses video to create human rights change. As its US Program Coordinator, Palika Makam unpacked the dangers faced by citizen journalists: "As journalists, we have certain amount of protections, but the folks we work with at WITNESS are truth-tellers on the front lines. They've directly impacted communities, using cell phone or video to expose human rights abuses for advocacy."

Kennebeck urged conference attendees to capitalize on the enormity of resources, and to be emboldened. "You are not alone in this," she asserted. "There are organizations who have a lot of awareness about this," citing IDA, Reporters Committee for Freedom of Press, Freedom of the Press Foundation and The Pulitzer Center.

Jennings circled back to the death threat he had received via voice mail. As it turned out, he knew the caller. He's a source of Jennings', who lives with schizophrenia. Jennings suspected the call was a by-product of the man's mental health and that the caller would not take action. "The assessment was that I was not under any threat," Jennings explained.

"What we don't want anyone to think is that the world is dangerous, and stay inside," Jennings concluded. "Go outside. Do the reporting. Do the hard work. Make the films. Just be safe and make the assessments. There are people out there who can help."

A concrete, skill-building presentation, "That's a Fact!" featured Linsday Crouse, from the New York Times Op-Docs team, and Hilke Schellman, an assistant professor of journalism at NYU and an Emmy-winning investigative reporter.

Schellman explained that ensuring accuracy in reporting is tantamount, especially when others will fact-check on your behalf. "Trust is all we have," she maintained. "We live in an era when subjects and witnesses may talk back and call you out" if they believe they have been misquoted, which "might cost you your job." Or worse, she added: The negligent journalist or filmmaker could face corrections, retractions or lawsuits.

When fact-checking, Crouse begins with the script and highlights every fact in the piece, whether as on-screen text or spoken, whether live action or animation.

Crouse asks the filmmaker to provide sources, which could mean taking apart dialogue or oral arguments the subject makes, any information on text cards, credits (name-spelling and job titles), ages, locations, photographic accuracy (is the photo meant to suggest a place, or is it the actual place?) and more. Crouse also issued a reminder about the importance of primary sourcing; even if information appears in a book, one must still check. 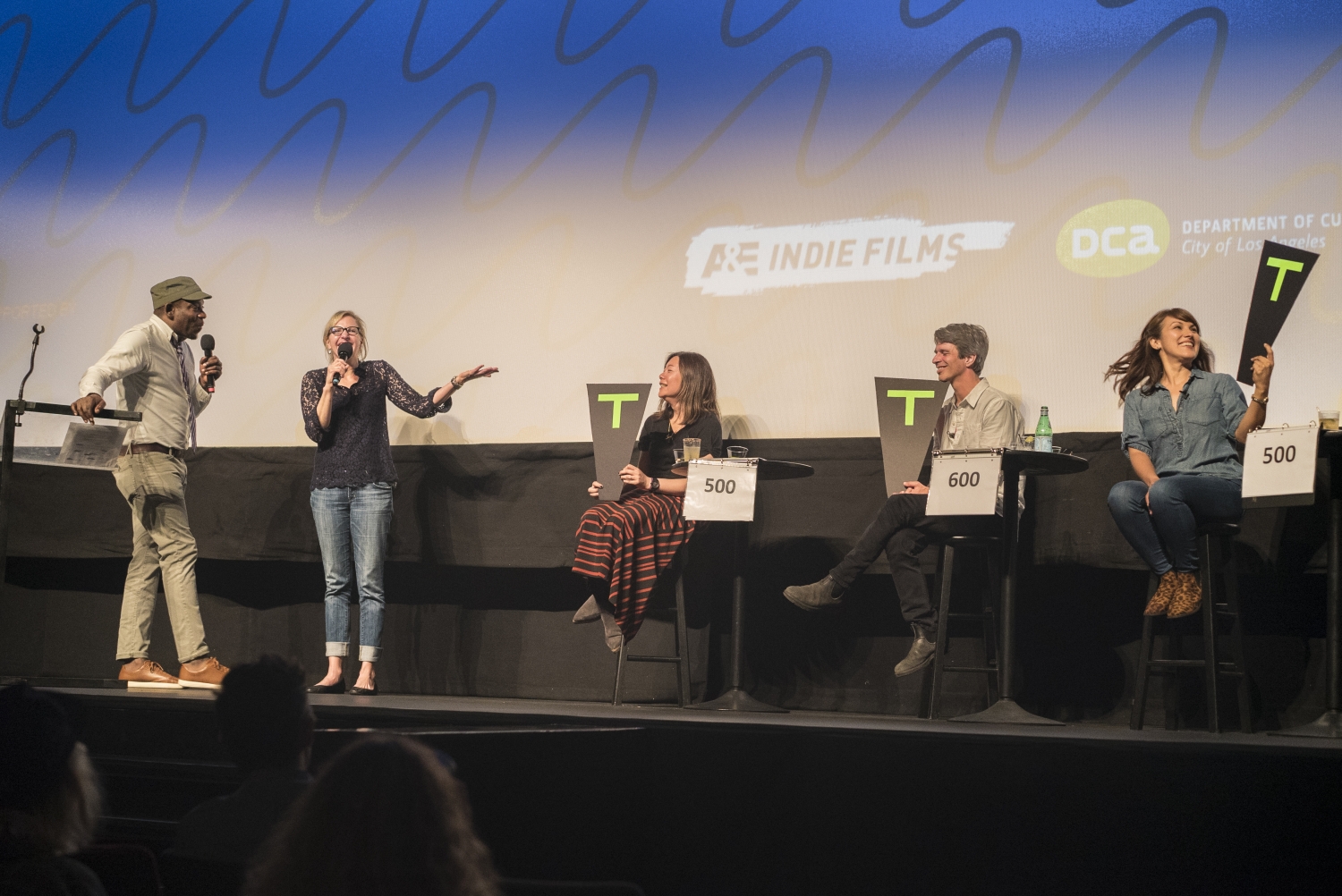 When asked why she wanted to see "America's favorite [and only] documentary game show," Getting Real attendee and Emmy-winning producer Lynn Marvin Dingfelder said, "It's been a lot of brain food these past two days. I need something lighter. It's a fun way to end the day."

Indeed, the evening event at the Montalbán Theater in Hollywood provided levity while amplifying the grander point of truth's importance.

Eleven filmmakers were each invited to create a two-minute documentary, which played live for the audience and before a panel of three judges (filmmakers Sandi Tan and Marshall Curry and comedian Becky Garcia), along with the hilarious host, Brian Babylon, who guess whether each film is true or false.

The filmmaker reveals the answer, and judges with correct guesses receive points. The audience tracks their guesses and scores. Everyone drinks. Maybe the alcohol loosened lips, but before the game concluded, the truth about all 11 films finally emerged.

Taken together, these sessions serve as a stark reminder that a filmmaker's first responsibility is safety—practicing risk assessment, fact-checking and self-care to achieve physical, emotional, personal, professional and material welfare, which ultimately serves the film, the audience and the world.