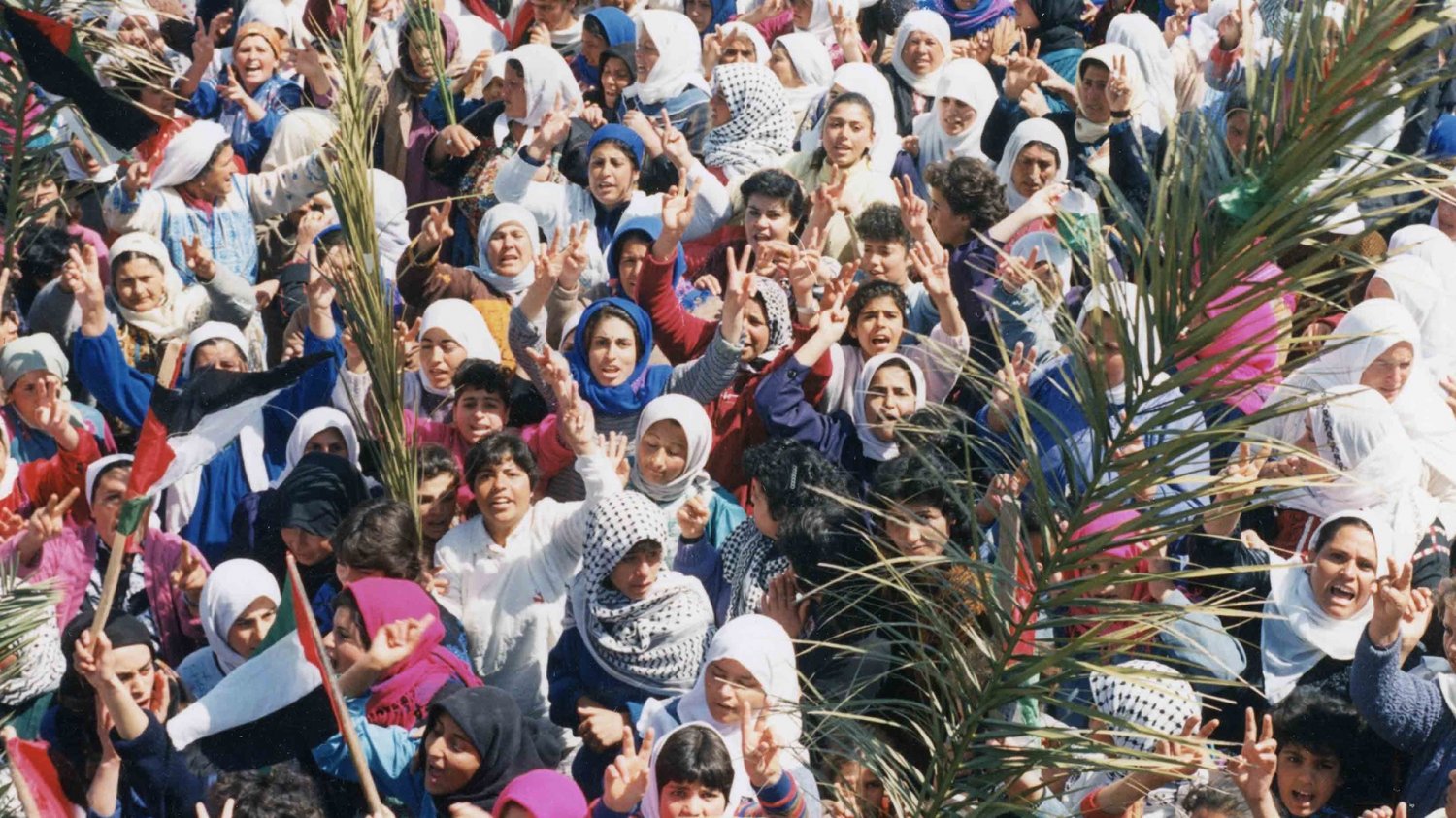 In October 2011, the documentary series Women, War & Peace premiered on PBS. It consisted of five hour-long docs, including Pray the Devil Back to Hell, about Nobel Peace Prize winner Leymah Gbowee, and I Came to Testify, about Bosnian women who broke history’s great silence and testified about their rape and sexual enslavement.

Women from Afghanistan, Bosnia, Colombia and Liberia were featured in the series, which challenged the conventional wisdom that war and peace are men's domain, while simultaneously examining how war and conflict can look different from a female perspective. The series revealed that females, often depicted as victims of war, were also necessary partners in brokering lasting peace and becoming leaders in forging new international laws governing conflict.

The success of the first series has led to a second installment—Women, War & Peace II, which aired March 25 and 26 on PBS and is now streaming on pbs.org. The sophomore effort is driven by the same two questions as the first: What if you looked at war as though women mattered? What if you looked at peace as though women mattered? This time four, instead of five, hour-long international stories will make up the series. Together the documentaries will demonstrate how women have shaped stories of conflict, human rights struggles and peace-making.

“Women play a central role in ending conflicts and building peace, but their stories are often left untold,” says Stephen Segaller, vice president of programming at WNET, one of the executive producers of the series. “As women continue to gain political momentum in the US, with more women elected in this year’s election than in any point in US history, Women, War & Peace II shares four remarkable stories of brave women facing tremendous obstacles to pursue significant political change.”

But while both the 2011 and the 2019 series share the same emphasis—women as wartime agents of change and peace—Women, War & Peace II will reach a dramatically different audience, one well versed in gender inequality, thanks in large part to the #MeToo Movement.

Yet, in spite of #MeToo, the idea that war is inherently male has not wavered much in the last eight years. Women’s instrumental role in conflict is still not part of our collective historical or cultural understanding, which is why the executive producers of the original series, Fork Films founders Abigail Disney and Gini Reticker, thought it was time to bring the second edition of Women, War & Peace to PBS.

“We got the message out and there was a lot of support for it in 2011, but there was also a lot of nodding and lip service,” Disney explains. “So I feel that we constantly need to be making this case, otherwise people move on to the next fad—and we [women] are not a fad. We also knew we had such a huge following with the first series and we really felt like we made a brand [when we made the first one]. It would have been a shame to let it go.”

The first two films of the series look at two movements: one in Northern Ireland, the other in the Middle East.

Wave Goodbye to Dinosaurs, directed by Eimhear O’Neill, follows the all-female political party called the Northern Ireland Women’s Coalition, formed in 1996. Compelled by years of violent strife, the group of Catholic and Protestant women demand a seat at the negotiating table for the Good Friday Agreement—a peace deal between British and Irish governments that still stands today.

The second film, also airing on March 25, is The Trials of Spring. Directed by Reticker and executive-produced by Disney, the doc highlights the promise of change that spread across the Middle East and North Africa in 2011 and how three Egyptian women worked to ensure that the goals of the Arab Spring include everyone.

While filming The Trials of Spring in 2012, both Disney and Reticker realized they were making a film about women and war and peace—which would have fit perfectly into the original Women, War & Peace series, so the film justified creating a new series. “We thought, why don't we see if anybody else is making something along these lines and pull it in together to make a second series?” Disney reflects.

As luck would have it, in addition to O’Neill, director Julia Bacha and co-directors Geeta Gandbhir and Sharmeen Obaid-Chinoy were also working on projects that fit the series’ mold.

Bacha was at work on Naila and the Uprising, which chronicles the journey of Naila Ayesh who played a key role in the nonviolent Palestinian uprising known as the First Intifada in the late 1980s. “The lessons of Naila and the Uprising are as relevant today as they were in 1987,” says Bacha. “Women across the globe continue their struggle for basic freedoms and dignity. From the First Intifada to the present moment, it’s clear: women’s leadership in civil society organizing is vital. But too often, their work is sidelined or ignored.”

Meanwhile, Gandbhir and Obaid-Chinoy were in production on Journey of a Thousand Miles: Peacekeepers, which follows a group of Bangladeshi women police officers on a UN peacekeeping mission to Haiti following the 2011 earthquake. There, they confront extreme poverty and devastated healthcare systems in their effort to build peace.

Gandbhir and Obaid-Chinoy shot the film in 2013 and 2014 with the intention of “shattering the stereotypes about Muslim women that are so pervasive in the media.” Gandbhir says that goal is still relevant today. “At the time, the dominant narrative around Muslim women reduced them to voiceless victims, or portrayed them as aiding and abetting terrorism,” she says. “We didn't really see stories about empowered Muslim women with full, complex lives who contributed to society. Although there has been some progress, the need to disrupt the narrative around Muslim women created by patriarchy, white supremacy and a colonial agenda still exists.” 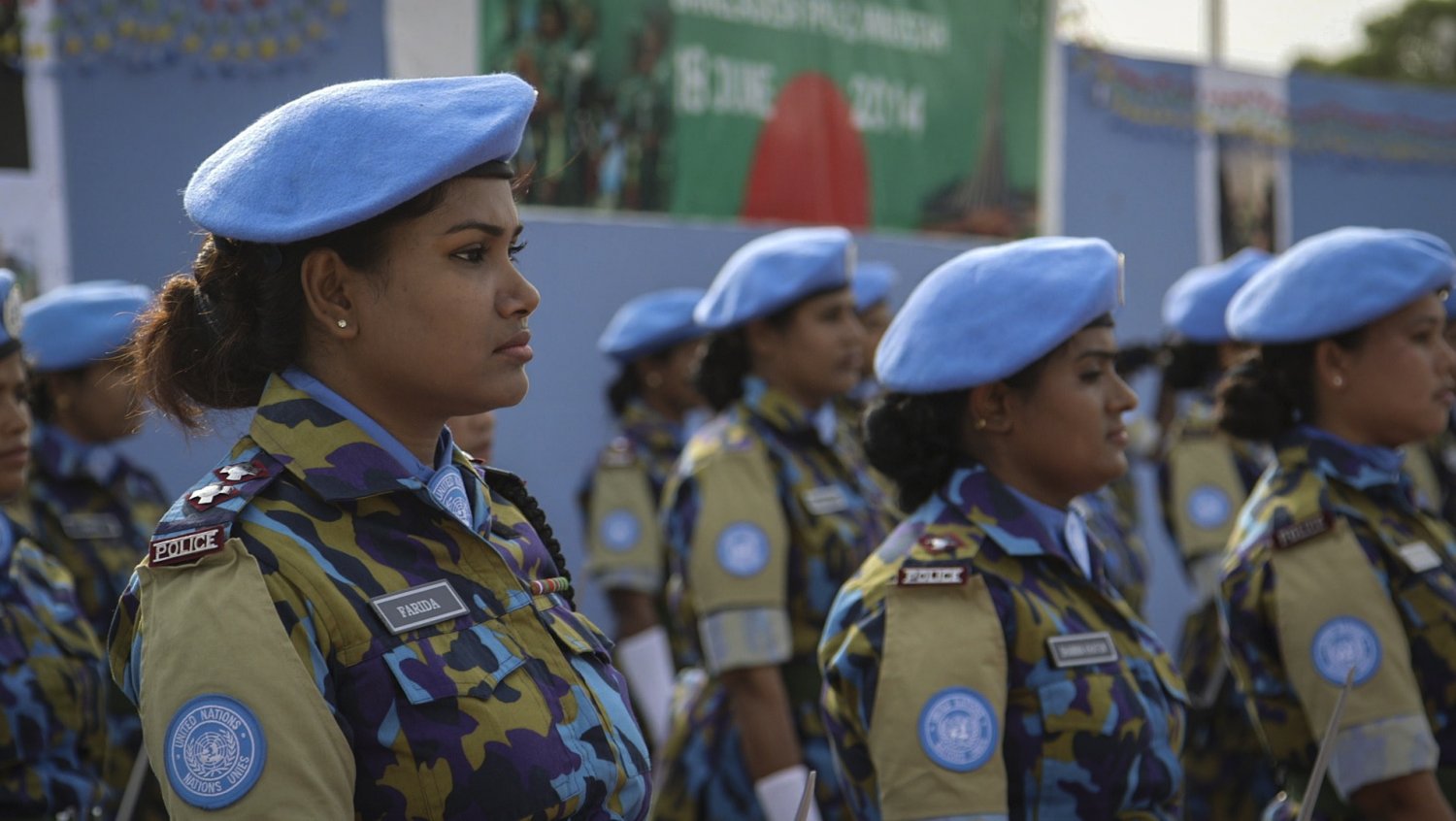 While Wave Goodbye to Dinosaurs was co-produced by Fork Films with Fine Point Films, Naila and the Uprising and Journey of a Thousand Miles: Peacekeepers were both acquired by Fork Films and THIRTEEN/WNET. Disney says the decision to acquire films for the second series, as opposed to producing the majority of the films, which is what happened with the 2011 series, was a conscious one.

“I raised four and a half million dollars for that first series and it almost killed me,” Disney admits. “It was really hard because when you're raising money for women, they gave you half the amount of money and they take twice as long to decide [how much they are going to give you]. So this time around I wanted to do in a way that was more sustainable in terms of me and my own mind.”

Each of the films in the second series has screened at film festivals or had an international broadcast between 2015 and 2017. The broadcast delay was a matter of logistics. "Each film has its own story in terms of timing and festivals,” Disney says. “When we realized that history was cycling back on the central topic—how women advance peace around the world—we saw the opportunity to do something larger and more meaningful than release a single film. The rhythm of producing the films gave us a chance to put them together, a package that is now more impactful and timely, and from a filmmaker’s perspective, the best possible outcome."

And while none of the four films has been released theatrically, all have been cut down to the required one hour for PBS broadcast. In acquiring, rather than commissioning, films for the series, an overarching aesthetic guideline for Women, War & Peace II could not be followed by each filmmaker. Instead, each film reflects the filmmaker’s artistic sensibility.

That said, Disney explains that the driving principle in the first round of films—to show war and conflict only from the female point of view—was also met by each of the directors in the second series. In addition, each of the four films featured in the sophomore series are story-driven and not PSAs.

“We are really focused on vérité stories with a story arc,” she maintains. “You have to have tension and really care and go on the journey with the main character. That is really [Fork Films’] main guideline for filmmaking.”

In other words, let the story be the guiding force—or as Frank Capra put it, “If you want to send a message, try Western Union.”

“I have found that a film must play as a great story first for people to engage emotionally,” Gandbhir says. “You can throw information at people and they can tune it out but if that same information is presented organically within the context of a story an audience can relate to, it can really awaken people to take action and become involved around an issue. That’s what we filmmakers who focus on social justice issues strive to do.”

While Disney remains passionate about depicting women’s dominance in the face of conflict, she isn’t sure if there will be a need for Women, War & Peace III.

“The difference between last time and this time is that we were the only people making films from this perspective, “ Disney says. “This time around we had to narrow down the field of films that we [used], which was so great. It means that other people are picking up the thread and these films are going to continue to be made.”