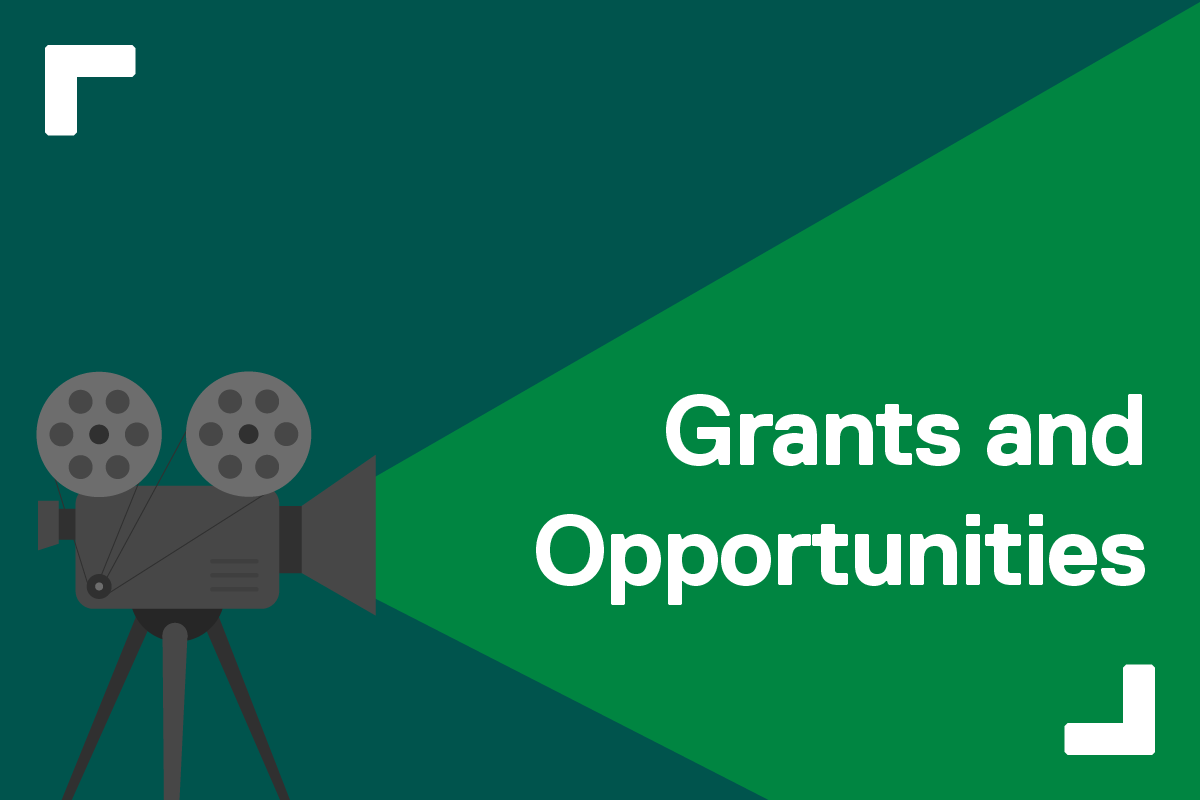 Another year means another chance to get funds for your documentary! Below is your essential guide to grants, awards, open calls, and opportunities to be had in the first half of 2016.

ROY W. DEAN GRANTS
The Roy W. Dean Grant funds independent feature films, documentaries, web series, and short films that are unique and make a contribution to society that, without its help, might otherwise never get made. There are 3 film grants available each year, one for Spring, Summer, and Fall.
Deadline: June 30, 2016

ITVS – DIGITAL OPEN CALL
The Digital Open Call provides up to $50,000 in R&D funding to develop and pilot digital series concepts on any subject, and from any viewpoint, for public media’s digital platforms. Projects must be in development, and cannot have begun principal production. The Digital Open Call funding is only available to independent producers who are citizens or legal residents of the U.S. and its external territories. Carefully review the full eligibility criteria before beginning an application.
Deadline: May 2, 2016

IDFA BERTHA FUND
The IDFA Bertha Fund, formerly known as the Jan Vrijman Fund, supports documentary filmmakers in developing countries. Its goal is to stimulate local film cultures and to turn the creative documentary into a truly global film art. The IDFA Bertha Fund is the only fund in the world dedicated solely to stimulating and empowering the creative documentary sector in Africa, Asia, Latin America, the Middle East and parts of Eastern Europe...The fund is looking for new creative documentary projects which can be submitted in project development, production, and post production.
Deadline: May 15, 2016 (Classic), September 1, 2016 (Europe distribution support)

PACIFIC PIONEER FUND
The Pacific Pioneer Fund provides support to emerging documentary filmmakers. The term "emerging" is intended to denote a person committed to the craft of making documentaries, who has demonstrated that commitment by several years -- but no more than ten -- of practical film or video experience. Grants are to support filmmakers are limited to filmmakers or videographers who live and work in California, Oregon and Washington, and range from $1,000-$10,000.
Deadline: June 1, 2016

LEF FOUNDATION – MOVING IMAGE FUND GRANTS
The goal of LEF New England is to fund the work of independent documentary film and video artists in the region, and to broaden recognition and support for their work, both locally and nationally. It also supports programs that highlight the rich history and ongoing legacy of innovation within New England’s independent film community. In order to apply for funding, the main creative personnel, which is the director and/or producer, must live in one of the six New England states: Connecticut, Rhode Island, Massachusetts, New Hampshire, Vermont, or Maine.
Pre-production proposal deadline: June 3, 2016

WORLD CINEMA FUND
the World Cinema Fund works to develop and support cinema in regions with a weak film infrastructure, while fostering cultural diversity in German cinemas. The World Cinema Fund supports films that could not be made without additional funding: films that stand out with an unconventional aesthetic approach, that tell powerful stories and transmit an authentic image of their cultural roots. Eligibility requires that the director originates from one of the listed WCF regions (Africa, Latin America, Central America and the Caribbean, the Middle East, Central Asia, Southeast Asia and the Caucasus) and have a German partner as a co-producer or sometimes distributors.
Deadline - Production: July 14, 2016
Deadline – Distribution: Rolling

ALTERCINE FOUNDATION – DOCUMENTARY FILM GRANT
Altercine awards 10,000 Canadian dollars to a video or filmmaker to assist in the production of a documentary project. The grant is aimed at young video and filmmakers born and living in Africa, Asia or Latin America who want to direct a film in the language of their choice that respects the aims of the Foundation.
Deadline: August 15, 2016

NIST – GRANT FOR SCIENCE DOCUMENTARY
NIST, the National Institute of Standards and Technology, is offering a grant of up to $500,000 for the creation of a documentary film about the world-wide endeavor to redefine the kilogram and reboot the international measurement system. This is an opportunity to create a film that chronicles a fascinating and largely untold story in the world of science.
Deadline: 11:59 p.m. EST September 26, 2016

THE ARTHUR VINING DAVIS FOUNDATIONS – PUBLIC EDUCATIONAL MEDIA
Grants support "capstone" funding ranging from $100k-$500k, to complete production for major series assured of national airing by PBS. These should include innovative uses of technology to enhance community outreach and contribute to teaching in grades K-12 and beyond. Preference is given equally to children's series and programs of enduring value on subjects such as history and science. Consideration is given on occasion to single stand-alone programs of exceptional merit with a confirmed national airing. Programs whose primary purpose is advocacy, topical news coverage or entertainment may not be competitive.
Deadline: Rolling

BERTHA BRITDOC JOURNALISM FUND
The Bertha Britdoc Journalism Fund is an international film fund dedicated to supporting long form feature documentaries of a journalistic nature. They are looking for films that break the important stories of our time, expose injustice, bring attention to unreported issues and cameras into regions previously unseen. This fund recognizes such films are often delicate and protracted, making them difficult to fund. With a mission to enable in-depth analysis of issues through long-form investigative filmmaking, we are particularly looking to work with filmmakers with a journalistic background or those who are collaborating with journalists.
Deadline: Rolling

CATAPULT FILM FUND
Catapult Film Fund provides development funding ($5,000 to $20,000) to documentary filmmakers who have a compelling story to tell, have secured access to their story and are ready to shoot and edit a piece for production fundraising purposes. Our mission is to enable filmmakers to develop their film projects to the next level at a moment where funding is hard to find. We support powerful stories, and moving storytelling, across a broad spectrum of issues and perspectives.
Deadline: Rolling

FILMMAKER FUND
In the spirit of fostering great work, the Filmmaker Fund is committed to both proven and emerging filmmakers with assistance at every stage of production and post-production. Primarily, our role is to remove the obstacles that lie in the way of great work. From early stage funding, through production to the last edit, it is our aim to alleviate artistic encumbrances. To be selected as a project of the Filmmaker Fund is to have a partner in the entirety of the journey. That includes grants of up to $75K as well as an invitation to our annual retreat, festival navigation and distribution strategy.
Deadline: Rolling (submit at beginning of each month, decisions made at the end of each month)

THE FLEDGLING FUND
Grants support outreach and engagement for social issue documentary film and other storytelling projects that have the potential to inspire positive social change around issues that affect the most vulnerable. Grants typically range from $10K - $25K. There are two types of grants available: audience engagement planning grants or audience engagement implementation grants. Grants are NOT available to support production or post-production.
Deadline: Rolling (applicants will be notified within three months)

THE MILLER /  PACKAN FILM FUND
The Miller / Packan Film Fund supports documentaries that Educate,Inspire and Enrich. The Fund is financed through the Rogovy Foundation. We believe in the transformational power that comes from enlightening narratives and inspiring characters. The Fund begins granting in 2016. In its first year, grants totaling $150,000 will be awarded to between six and ten filmmakers. The fund operates an open rolling submission process, and awards will be announced bi-annually.
Deadline: Rolling (first grants awarded in July 2016)

CHANNEL 4 - FIRST CUT PITCH 2016
Five shortlisted directors will vie to prove that they are ready to take on the challenge of an hour-long, post watershed doc for Channel 4 by presenting a 3 minute documentary film that answers an editorial brief set by Channel 4 for this event. These short docs will be a unique opportunity for the directors to showcase their ability to tell a captivating factual story, find and develop great contributors and work effectively in an edit. Channel 4 will support each shortlisted director with a £500 production budget and one day with an editor at a post-house of Channel 4's choosing to polish their films.
Deadline: March 27, 2016

GOOD PITCH NEW YORK 2016
Good Pitch brings together documentary filmmakers with foundations, NGOs, campaigners, philanthropists, policymakers, brands and media around leading social and environmental issues - to forge coalitions and campaigns that are good for all these partners, good for the films and good for society. Over a year, the selected filmmaking teams receive sustained mentorship and professional development. This includes two campaign development workshops, taking place right after project selection and again on the eve of the live event.
Deadline: March 29, 2016

END_OF_DOCUMENT_TOKEN_TO_BE_REPLACED

The Art of Nonfiction is Flourishing, But Are Its Supporters?

The Messy Truth behind a Day Job as a Documentarian