Doc U Recap: The Future of Docs on PBS

In preparing for last night's Doc U: The Future of Docs on PBS, each one of the panelists (and probably most of the audience) thought that they would be gearing up for some major mobilization. Up until Wednesday, May 9, the IDA and other proponents of quality independent programming like Kartemquin Films had joined together to release a public campaign against PBS's recent decision to move its exemplary series for independent documentaries, Independent Lens and POV, from their long-established slots on Tuesday night to Thursday night, a slot reserved for local programming. But the day before this panel was set to mobilize the documentary community to support IDA and Kartemquin's PBS Needs Indies campaign, the Public Broadcasting Station announced that both Independent Lens and POV would find a new home on Monday nights. This was an incredible victory for everyone involved. The IDA was so pleased with this announcement, hoping it will mean a renewed viewership for the programs effected by the earlier change.

So it was with an air of celebration that IDA's Executive Director Michael Lumpkin introduced the moderator and panelists, including Gordon Quinn, Artistic Director and founding member of Kartemquin Films; Simon Kilmurry, Executive Producer of American Documentary | POV; Lyn Goldfarb, award-winning documentary director and producer; Brenda Brkusic, Executive Producer of Program Development and National Productions at PBS SoCaL; and Lois Vossen, founding and Senior Series Producer of Independent Lens. Gordon Quinn would be leading the discussion, bringing one of the two filmmaker perspectives to the conversation along with Goldfarb.

On the screen behind the panel, Michael pulled up the cover of Documentary magazine from 1988 entitled Special Issue: PBS on Trial (hit the link to find the entire issue online). In this issue from 24 years ago, articles such as "P.O.V.: New hope for documentaries on PBS" and "Great Performances?: At PBS, waste and incompetence, not money, are the root of all evil" focus on changes and difficulties facing PBS and the Corporation for Public Broadcasting (CPB) during a time when the argument between film and tape was still raging in earnest. Today, with new digital technology like 3D cameras and digital technologies now commonplace, PBS is still facing uncertainty. This is especially true when it comes to funding and programming—the NEA recently announced that media projects, including several PBS-based programs, would receive $1 million less this year than they did in 2011. By posting the magazine on the IDA's website, Lumpkin said, the organization hopes to remind everyone that independent programming on public television is an issue to which non-fiction producers, creators, and consumers should always pay attention.

Moderator Gordon Quinn (left) kicked off the panel by reiterating that in light of recent events announced just one day prior, the night was a cause for celebration. The new timeslots given to Independent Lens and POV mean that more people will be able to find the programming that they couldn't find on their local stations before. This in turn means that viewership would eventually increase massively. He reminded everyone of the important work to which they had contributed with their tweets, shares, emails, and discussions within the documentary community.

Each panelist was then given a chance to show a brief clip, highlighting the films they had featured on their unique and important programs. Simon Kilmurry of American Documentary | POV (second from left) started with a clip showcasing all of the moving programming featured on POV, including films like If a Tree Falls: A Story of the Earth Liberation Front, Better This World, and Food, Inc. Lois Vossen of ITVS (third from right) showed a clip highlighting the first 10 years of ITVS, featuing DocuWeeks alums Being Elmo: A Puppeteer's Journey, Hell and Back Again, and Waste Land. Brenda Brkusic (second from right) followed with a clip from PBS SoCaL's digital channel PBS OC, which is seen all over Southern California and was originally created to provide Orange County content to viewers in Orange Countywho were used to Los Angeles-centric programming and news coverage. Today the channel welcomes content from independent producers, especially if the content is Southern California related.

Filmmaker Lyn Goldfarb then showed a clip from a four-hour documentary she participated in producing that was featured on ITVS entitled California and the American Dream. She was responsible for creating this program specifically for Independent Lens, and produced both The New Los Angeles and California's Lost Tribes. She mentioned that due to funding cuts in recent years, it's more difficult for independent producers to execute that which they have been hired to accomplish. This makes it difficult to maintain artistic intergrity, she said, emphasizing the imporance of sticking to your vision. After Goldfarb's clips, Quinn took his turn showing a clip from The New Americans, a seven-hour series that received some of its funding from PBS.

Representing a local PBS affiliate, Brenda Brkusic (left) was happy to explain the evolution of PBS SoCaL, which had to be completely rebranded over the course of two months after a major switchover was sent down from the higher levels. Brkusic emphasized their intention of showcasing locally-produced stories about local Southern Californians, stories that were distinct from those being told to the Angelinos a few miles away.

Quinn took some time to explain exactly what had happened over the past few months that lead to the formation of this panel. In 2011, both Independent Lens and POV were moved from their regular Tuesday nights to Thursday nights, an evening usually reserved for local programming. Concerned with the effect that a Thursday night timeslot was having on the ratings for Independent Lens (viewership dropped off 42%), his organization Kartemquin Films drafted an open letter to PBS asking them to reconsider their schedule for these programs. After an overwhelming response from the documentary community and supporters of independent film everywhere, the IDA came on board and aided Kartemquin in forming a steering committee that would help organize community-wide support for independent programming. Everyone believed that they would have to wait until PBS's annual meeting on May 15 before any news of schedule changes would be announced; but on the morning of May 9, everyone received the good news that both programs would now be moved to Monday nights.

Kilmurry (second from left) also mentioned the importance of the encouragement that his program received from the local documentary community during the PBS Needs Indies campaign. Even though this battle has been won, he said, it's so important to "keep the energy focused on working with our local stations."

"It's important that we have challenging content in a space that's non-commercial," he pointed out. For POV, so much of their content is chosen because it is clearly authored but also creative. That voice has to seem genuine, and not like it's been underwritten by a major corporation. Kilmurry's view is clearly in line with Goldfarb's, who earlier made a point of emphasizing the importance of artistic candor and sincerity.

So many people in the audience that night were independent producers, creators, and writers who cared so much about the recent changes at PBS. Independent Lens's Lois Vossen reminded all of them that even though it's so important to continue to produce original content, it's also important to tune in and support one's peers. "We have a responsibility to also be the audience," Vossen said, "not just the makers."

After the lively discussion and lots of valuable audience questions, the panelists and audience members headed outside to ask more questions and mingle with fellow members of the documentary community. Above, panelist Simon Kilmurry speaks candidly to a few Doc U attendees. An advocate for long form storytelling, he made the point during the panel to not forget about the importance of feature-length films and serials. He also hinted at the future of digital distribution for POV, namely dipping into the archives to find quality programs to feature on online streaming.

The Cinefamily's back patio is always a nice place to hang after these events. Especially when there's free wine and treats! Some younger members of the documentary film community continue the conversation from the panel that ended moments ago.

Even after the panel had ended, Gordon Quinn could probably have talked well into the night. This man is filled with so much experience and knowledge—he doesn't have to try hard to inspire people to effect change. One of the best takeaways from the panel was definitely Quinn's answer to an audience member's question. When asked what kind programming Independent Lens and POV was looking for, Quinn answered that this was the wrong question to be asking. "Make the film YOU want to make," he emphasized. "And if it's really good, they will take it."

Doc U is the International Documentary Association's series of educational seminars and workshops for aspiring and experienced documentary filmmakers. Taught by artists and industry experts, participants receive vital training and insight on various topics including: fundraising, distribution, licensing, marketing, and business tactics.

Find exclusive video clips from this and past Doc U events on our YouTube channel.

END_OF_DOCUMENT_TOKEN_TO_BE_REPLACED 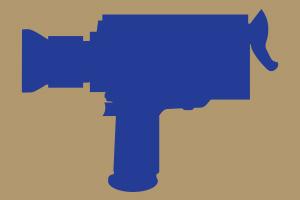 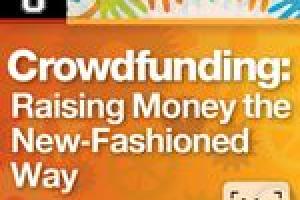 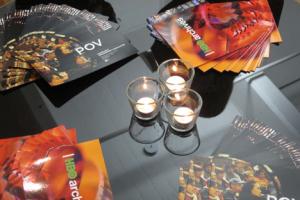 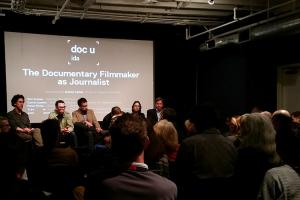 Feb. 26, 2015Blog
What is the Real Difference Between a Filmmaker and a Journalist?
Read More
Dec. 12, 2011Blog
Doc U on the Road Recap: Washington, DC
Read More 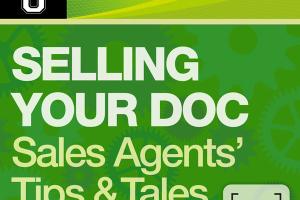 Mar. 4, 2014Blog
The Dos and Don'ts of Selling Your Documentary
Read More