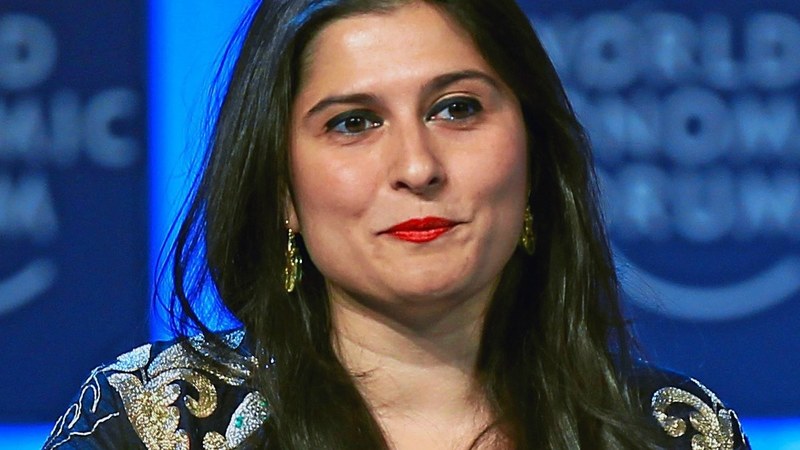 Most Americans are familiar with the last 60 seconds of the speech, with its famous declarations "I've been to the mountaintop" and "I've seen the promised land." But the full speech included a call for economic justice in language that portended the man he might have lived to become. King spoke of the arc of history and his happiness at being alive during a human rights revolution to stand up for workers in Memphis. Beyond nonviolent protest, he urged boycotts against businesses that tolerated injustice, and he called those businesses out by name.

For Sharmeen Obaid-Chinoy, anger is the most useful emotion. Anger was what motivated her to write for newspapers as a teen-ager and to make documentary films as an adult, and it is the reaction she habitually tries to provoke in audiences. Even when she is on camera, she cannot resist interrupting her own narration to register outrage at a particular injustice. Obaid-Chinoy is the best-known documentary filmmaker in Pakistan. Her films, which have won two Oscars and three Emmys, range from reportage on xenophobia in South Africa to an inquiry into the ethics of honor killings in Pakistan. "Anger is necessary for people to go beyond not liking what they see," she said. "I need enough people who watch my stuff to be moved, and to be angry, and to do something about it."

At IndieWire, in the wake of the YouTube shooting, Eric Kohn reflects on the myth of "user-generated content."

First things first: The shooting at YouTube's headquarters speaks to a familiar problem that has nothing to do with the site of the disaster — America's ubiquitous issues with gun control, and by extension, the ongoing inability to flag dangerous behavior before it reaches a breaking point. Nevertheless, the shooter's rage reportedly stemmed from a distinct sense of entitlement that has emerged with the rise of YouTube, Facebook, and the many other platforms that depend on user-generated content to drive their businesses. The brutal truth in the age of democratized content is it never actually existed.

"That's a real challenging piece of Wild Wild Country," Chapman says of Sheela. In vintage file footage, we see her delighting in her increasingly inflammatory remarks, calling Oregonians "bigots" and making threats about what will happen if the land-use suit leads to the dismantling of the city, saying that her adversaries would "need to drive over me . . . I will paint their bulldozers with my blood." Surprisingly, the Way brothers say Sheela was the easiest interview to secure, and the only subject to not ask for questions in advance.

From CIEL and FilmAid, a white paper on media interventions and the Syria crisis.

Based on interviewee insights on the use of strategic narrative interventions in conflict and crisis situations, particularly in long-term displacements and effective community- and impact-driven media interventions such as those in Kenya, we drew out guidance on what media interventions can offer to Syrian refugees as the crisis deepens and becomes a protracted complex emergency.

When Sharmeen Obaid-Chinoy was nominated for the Academy Award in 2012 for her documentary short Saving Face (Daniel Junge also directed), the film made an immediate impact in getting her fellow Pakistanis to engage in serious discourse about the rash of acid attacks on women in rural communities. "Before the Academy Award nomination," she recalls, "if there had been an acid attack in Pakistan, you would be hard pressed to find it reported in the newspaper, let alone on the news channels. But with the Academy Award nomination, whenever an acid attack was reported, it made it to the front pages." While she was making the film, a law was passed that made acid attacks a crime punishable by life imprisonment and a $10,000 fine. And in concert with her eventual Oscar win for the film, that law was not only implemented in regions across the nation, but acid attack crimes were moved in some regions to the more efficient anti-terrorism courts.

END_OF_DOCUMENT_TOKEN_TO_BE_REPLACED

'Presenting Princess Shaw': The Making of a YouTube Star