'Presenting Princess Shaw': The Making of a YouTube Star 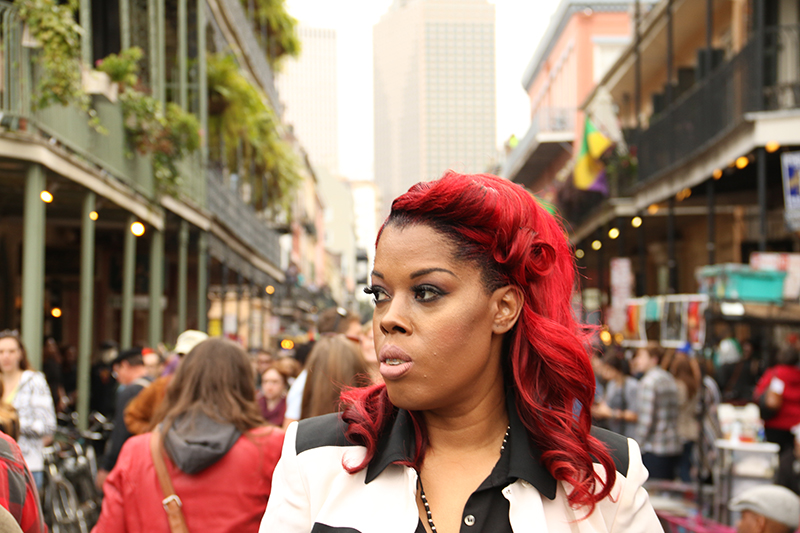 In many ways, Ido Haar's Presenting Princess Shaw is a story of connection, an inspirational refute to those who accuse our digital culture of fostering alienation and social remove. The film, which had its international premiere at the Toronto International Film Festival last fall, tells the story of two dissimilar musicians brought together in a unique form of Internet Age collaboration. On one side of the world lives Ophir Kutiel, aka Kutiman, an Israeli composer and media artist renowned for his symphonic mashups of YouTube videos uploaded by amateur musicians. Thousands of miles away, an aspiring singer named Samantha Montgomery, who works by day in a New Orleans nursing home, shares confessional YouTube video diaries and original a cappella songs with a smattering of followers under the handle "Princess Shaw."

Kutiman happens to be one of those followers, and we see from the start of the film that, unbeknownst to Montgomery, he's hard at work on a project that builds on the raw power of her voice. Illuminated by the glow of his computer screen, Kutiman watches Montgomery's videos and painstakingly layers and remixes her songs with other found YouTube footage; meanwhile, the effusive and outgoing Montgomery struggles to get a foothold in the music industry and shares disarmingly candid stories about her troubled past and often challenging present. By intercutting between the two subjects, Haar makes the unlikely pair's ultimate collision—Montgomery's overjoyed discovery of Kutiman's finished work, and the world's subsequent discovery of her music—feel both inevitable and deeply satisfying.

"The film shows that people who choose not to play by the rules of the game, or don't know how to do so, can today work together, even if they live on different sides of the world," Haar explains. But he also says that for as much as Presenting Princess Shaw exemplifies the Internet's connective potential, it's also a story of loneliness.

"I strongly sensed that loneliness in both Samantha and Kutiman," Haar continues. "In a way, Samantha is dealing with her loneliness by sharing and talking on YouTube, trying to get a reaction or a response. And Kutiman, the way he works is to work alone for many hours a night. I felt that in some way, through this telling of their story, they complete each other." 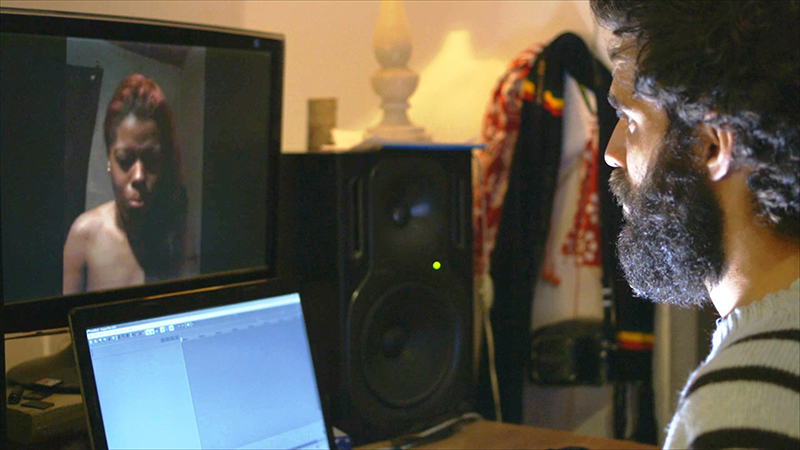 Haar, who is based in Israel, is a longtime friend of Kutiman's, and for years Haar had been interested in making a documentary about the acclaimed artist's mashups. When he saw Thru You Too, the project Kutiman had begun working on that incorporated Montgomery's songs, Haar decided he wanted to document a number of the YouTube musicians featured in the project. His plan was to travel around the globe, from England to China to the United States, following their lives, with Thru You Too as the connective tissue. Montgomery was the first musician he researched.

"I got in touch with her through Facebook and told her that I wanted to do a film about several musicians around the world—YouTubers who upload their work to the Internet and hope that people there will see and maybe something will happen," Haar explains. "And she was willing to meet with me." Because he wanted the ultimate reveal of Kutiman's project to be a surprise to Montgomery, he didn't tell her more about his motivations for the documentary.

Haar says Montgomery was initially a little suspicious of "this guy coming from the other side of the world," but they met up in New Orleans and quickly grew comfortable with each other. "We sat for like an hour, and the same evening she invited me to come with her to this open mic music event at one of the clubs in New Orleans. And I totally fell in love with the music scene there, and I really loved Samantha—especially the day after I went to film her in her workplace. I was very moved by the way she took care of the people at the retirement home."

By his second trip to New Orleans, Haar felt that he wanted to focus his film solely on Montgomery. "I decided to go with my heart and put all my cards on it," he recalls. "I knew it was taking a risk, but I had a strong feeling that focusing on her was what I wanted to do."

Haar spent nearly a year filming Montgomery, following her as she hustled to break into the music business. She performs at an ill-attended open mic night in New Orleans, tries out for the television singing competition The Voice, and opens up to her cousins in Atlanta about the sexual and physical abuse she endured as a child—and how music has provided her with an outlet for that pain. In addition to capturing those moments, Haar combed through the vast trove of material that comprises Montgomery's personal YouTube and Instagram accounts—more than 15,000 photos and videos, he says—and used that content, in lieu of formal interviews, to provide background on Montgomery and a structure for the film. 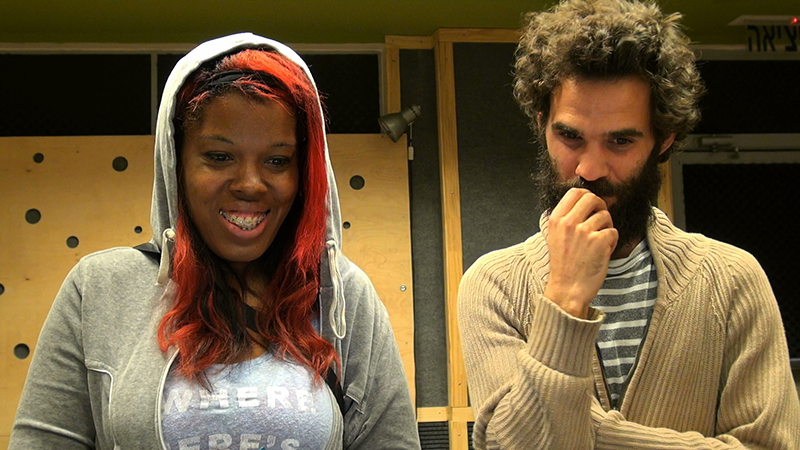 "In the beginning, I was a little afraid of the quality of the YouTube and Instagram videos; I was afraid that material might not look good on the big screen," Haar admits. "But as I started to work with those materials, I realized they added a new layer. Her stories and songs and the things she says to the camera are like a confession. And in a way, there was something much more intimate in those materials than anything I could film."

All the while, Haar was following Kutiman as he worked on remixing and producing "Give It Up," one of Montgomery's songs. The ethics of Kutiman's process are a little murky: He doesn't ask for permission to use other artists' videos. The first time musicians learn that their YouTube clips have been repurposed is when Kutiman uploads his finished piece to the Internet and links back to unwitting contributors' pages. But Kutiman never uses his compositions for commercial gain, and his high profile means wide exposure for the individual artists whose work he samples. For that reason, Haar says he totally respects Kutiman's process, and he had no qualms about keeping from Montgomery his true reasons for filming her.

"I didn't feel like I was hiding some sort of dark secret," Haar asserts. "I knew that in the base of Kutiman's work, there is something good. And the longer I knew Samantha, the more I saw that she wants people to connect with her and to collaborate with her musically—that's one of the purposes of her uploading all those songs." 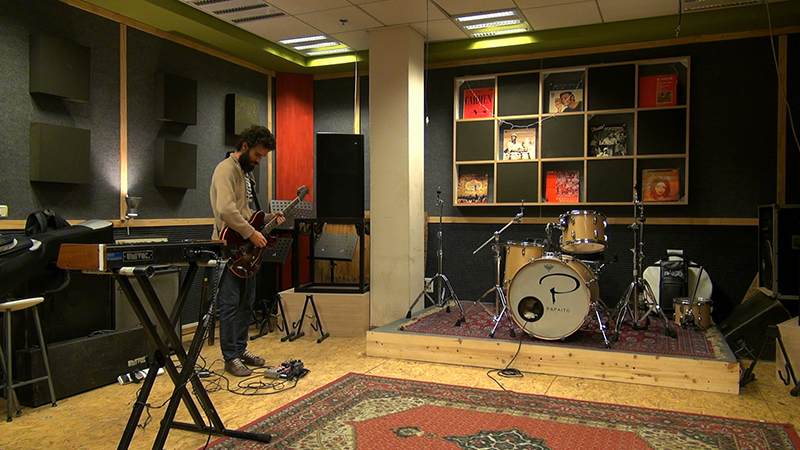 There's acute dramatic irony in that moment. As viewers of the film, we're of course aware that Montgomery is being seen, by Kutiman—but also by us. In that sense, Haar and Kutiman play analogous roles, each shepherding someone seeking the spotlight into the public eye. Through their work, we see both Montgomery's talents and struggles; we come to know her, to empathize with her and root for her. But as Montgomery crosses paths with other aspiring musicians and uploads videos into the vast digital sea of the Internet, we're also reminded of all of the artists who will likely remain unknown and undiscovered. Haar says he thinks anonymity—and the ostensible randomness of who is seen and who is not—is a central theme of Presenting Princess Shaw.

"For me, this film is not only about Samantha," Haar maintains. "It's also about all the musicians she meets along the way, in New Orleans and Atlanta, and all the other musicians who are on YouTube or not on YouTube. There are all these amazing talents and great voices, and there is a good chance that we will never hear about them. I thought about this all the time. I thought about my friends from film school who were the most talented and bright, who are not doing films today. In many, many cases there is no connection between talent and success."

But Haar also sees the collaboration between Kutiman and Montgomery as a corrective to this reality, an optimistic reminder of the power of creation. "The Internet can be very nasty and very cruel, and it's so much a part of our lives," Haar observes. "But for me, the sounds of ‘Give It Up' and the sounds of Kutiman's music are also a revolution. They show that people can create beautiful things with each other and listen to each other and expose each other. I really believe in the power of music to heal and ease. Sometimes I believe it can really save lives."

Presenting Princess Shaw opens in theaters and on-demand through Magnolia Pictures on May 27.

Emma D. Miller is programming manager at the Full Frame Documentary Film Festival in Durham, North Carolina. You can reach her on Twitter at @EmmaDMiller.