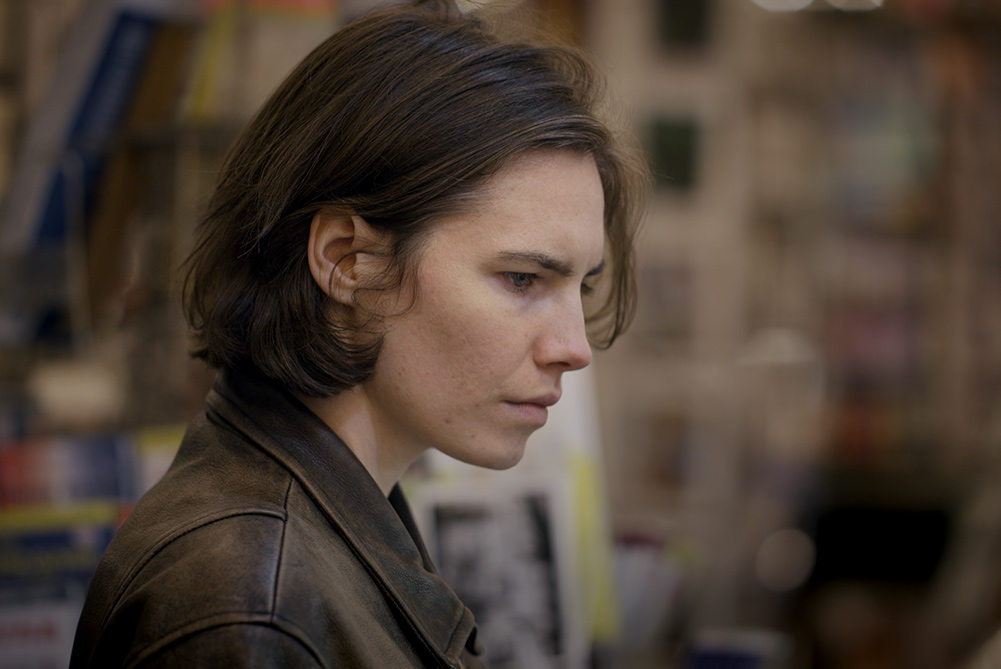 My idea is that a festival can be quite highbrow and entertaining at the same time. That is why in this year’s lineup we have three comedies––or sort of, it depends on your idea of humor––we also have some “genre” films, and also some straightforward auteur films. What me and my team tried to do is to create a lineup where no one film looks like the other. At the end of the festival, if someone has checked out all the films in competition at the very least they will come away with an idea of diversity, rather than a sort of “same-sameness.”

For IndieWire, Tambay Obenson writes a feature on the Black Star Film Festival as it celebrates a decade of brilliance.

“There’s still a centering of Black narratives, even as we broaden, whether that’s Black filmmakers from Nigeria or Black filmmakers from Guadeloupe,” said Nehad Khader, an early BlackStar volunteer who rose to became festival director. “Also, there’s another component, which is that anti-Blackness is a global thing that we also want to continue to confront, and if you consider internationalism in the sixties, seventies and eighties, global Blackness also shaped a lot of the ways that people defined themselves, particularly as folks were coming out of colonialist processes and de-Europeanizing.”

Every filmmaker’s journey from research to fundraising and completion is different. With intensifying competition for dollars and airtime and increased scrutiny of how public media represents and serves communities of color, LGBTQ audiences and people with disabilities, filmmakers have been criticizing PBS for inequities in its funding and marketing decisions. In the spring, a group of filmmakers organized Beyond Inclusion to press PBS to disclose details about its program funding, including its investments in documentaries from BIPOC filmmakers.

Filmmaker Ken Burns has faced much criticism for, among other things, making documentaries about BIPOC protagonists as a white filmmaker. The Hollywood Reporter’s Abbey White reports on the filmmaker responding to the criticism.

“My beat is American history and what I found over the years is that every story, regardless of whether it’s obviously this—Muhammad Ali—is going to intersect with race,” he said. “We know when we were founded, and we know why we were founded, we know our catechism: We hold these truths to be self-evident that all men are created equal. I’m a third of the way through the sentence and you have got to stop because the guy who wrote it owned slaves and didn’t see the hypocrisy and didn’t see the contradiction. So you can’t deal with American history, which is what I’m interested in in my heart—I cannot do this without touching on these stories.”

Over at Book & Film Globe, Lily Moayeri unearths the history of the lost footage of the Harlem Cultural Festival, which includes a forgotten television broadcast and a long road to being made into Summer of Soul, made possible in large party by the efforts of Historic Films’ Joe Lauro to transfer and license the footage shot by Hal Tulchin.

“Anybody who’s got access to the internet could do a quick Google search and find out that these efforts were going on all this time,” says Gordon in response to the marketing surrounding Summer of Soul. “What you’re talking about is hype. I don’t have any problem with hype being hype. There’s nothing really wrong with that. The only thing that’s wrong with it is that [Lauro], who did the sleuth work and the psychological work on Tulchin to get him to agree, and then the physical work of retrieving the tapes from the basement has been written out of the story because, in fact, Historic Films is a lynchpin in the survival of this footage.”

In a powerful essay for The Atlantic, Amanda Knox writes about her identity and how it has been appropriated and narrated by many narratives, none of which have featured her voice.

As I walked back into the free world, I knew that my doppelgänger was there alongside me. I knew that everyone I would ever meet from then on would have already met, and judged, her. I had been acquitted in a court of law, but sentenced to life by the court of public opinion as, if not a killer, then at least a slut, or a nutcase, or a tabloid celebrity. Why doesn’t she just go away already? Her 15 minutes are over.

The Federal’s M.T. Saju writes an essay on Marupakkam, a collective of documentary lovers that was founded in 1996 in the Indian city of Madurai.

Screening of Anand Patwardhan’s In The Name of God evoked tremendous response, as an investigative documentary which held a mirror to the campaign organised by the Vishva Hindu Parishad to construct a Ram temple at the site of the Babri Masjid in Ayodhya, and the eventual mayhem associated with it.

Screening progressed with the involvement of more activists, youth clubs in colleges, trade and agricultural unions and health workers in the region. But there was a problem. Most documentaries were in English, so the team had to translate it instantly to the audience during each screening.

“We would translate the English sub-titles into Tamil, using a microphone. This disturbed the flow of screening, but there was no other option,” he says. A meeting with late Kerala-based activist-filmmaker C Sarathchandran in 1997 was a turning point. Sarathchandran, who passed away in a train accident in 2010, had a video projector which he had given to Amudhan and his team to screen documentaries.

Over at Senses of Cinema, Adrian Danks writes on “Autobiography, Film History and the Australian Independent Documentary.”

This partly archival practice–– enabled by an iterative process of editing and re-editing, writing and rewriting––is also characteristic of the wider group of films I’m analysing in this essay. Over the last 20 years, a series of significant and often maverick Australian filmmakers who began their careers in the 1960s and 1970s have produced documentaries and essay films that have, in part, reflected upon their own place within Australian film history as well as particular social and cultural movements. These range from the highly personal and explicitly autobiographical recent works of Gillian Leahy, Nash and Jeni Thornley––all of whom reposition and even critique their earlier films within these later works––to the more reticent, explicitly materialist, though still partly personal, film history documentaries of John Hughes and Nigel Buesst.

The New York Times’ ​​Pierre-Antoine Louis talks to Mike Jackson, one of the executive producers on Nancy Buirski’s A Crime on the Bayou, a new documentary, about “the complicated legal fight of a civil rights case in 1960s Louisiana that made its way to the US Supreme Court.”

For me personally, I think the highlight moment in the movie is the overall messaging about how easily someone of color could be accused of something and their life being turned upside down. Connecting the dots between how racism has been dealt with in this country and how hard it is to navigate America as a Black man, and how easy it is for someone to say, “they did it.”

The system typically works in the favor of the accuser, which is often not the person of color. Being Black at any moment in time means you could be perceived to be guilty whether you’ve done something or not.

From the Archive, October 7 2020, Online Feature: “'Time' after Time: Garrett Bradley's Lyrical Meditation on the Toll of Incarceration”

Dehumanization has always been necessary for slavery to persist. And when slavery was reconstituted as incarceration, it rationalized such dehumanization with the belief, “Don’t do the crime if you can’t do the time.” From this vantage point, we cannot question if this is even a fair trade because the prison system presents itself as the only necessary and legitimate solution for crime.

Fox helps break this illusion as we witness her growth from a joyous young mother who made a mistake, to a determined abolitionist helping others heal from their mistakes. It is an evolution rooted in her desire to bring together her family and other families separated by the system. It is an evolution powered by love and anger.