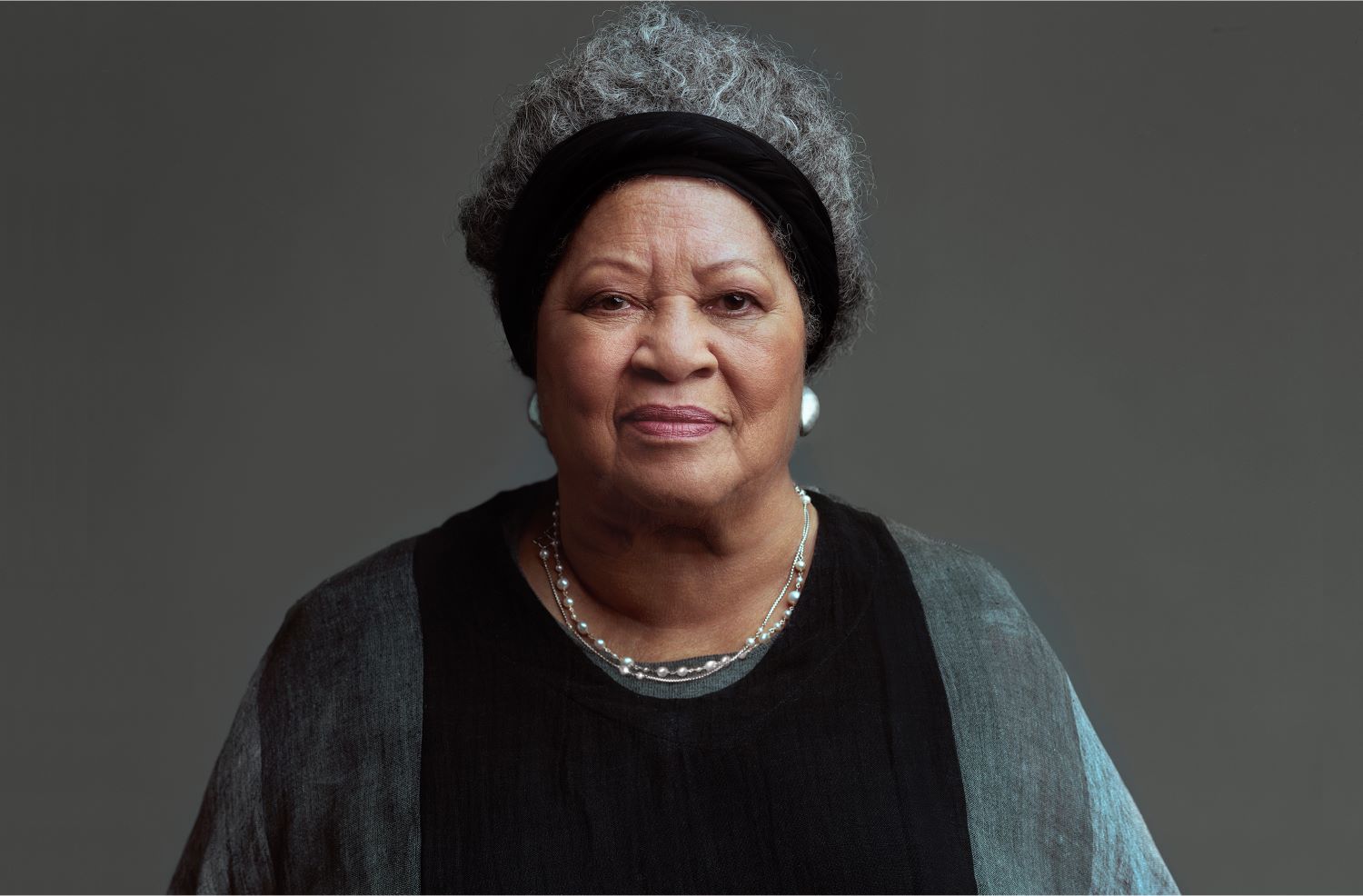 From IndieWire, Robert Greene, a documentary filmmaker and professor at Murray Center for Documentary Journalism at the Missouri School of Journalism, maps out the career and impact of the late documentarian D.A Pennebaker.

As much as his ingenuity, it was the image of Pennebaker that was so influential to several generations of documentary filmmakers. Yes, Pennebaker hung out with rock stars and sometimes looked like one himself, but that’s far less inspiring than how the man many of us came to know as "Penny" came to be seen. Starting with Energy War (1977) and Town Bloody Hall (1979), where Norman Mailer debates a leading group of feminists including Germaine Greer, Pennebaker was inseparable from his partner, Chris Hegedus. They founded Pennebaker Hegedus Films, married in 1982 and became a near-constant presence in the evolving documentary community for nearly 40 years. For many of us, Pennebaker and Hegedus were the model; their partnership looked like an ideal blend of romantic love and ambitious collaboration.

Taryn Finley of The Huffington Post discusses the impact of acclaimed author Toni Morrison, following her passing this week. In June, Morrison’s long-time friend Timothy Greenfield-Sanders, photographer and director of her documentary Toni Morrison: Pieces I Am, spoke at the New York Film Forum about how he persuaded the once-reluctant Morrison to let him tell her story and how the literary world tried to diminish her work.

A lot of things I did, very conscious of my own white male gaze. A radio person was interviewing me and said, "And he has blue eyes as well." Toni trusted me, that was a very enormous thing in my favor. I felt that also as her photographer, the way I shot Toni is looking right at you, she was looking at the camera and the other people are looking off camera so it was a way to feel and really allow Toni to tell her story directly.

As a Beijing-based correspondent in 2009 Los Angeles Times journalist Barbara Demick set out to investigate the origin stories of the 80,000 Chinese girls who had been adopted by US families. One of the stories about the separation of twin girls as part of the country’s One-Child Policy, was also touched upon by filmmaker Nanfu Wang in her latest documentary, One Child Nation. Demick recounts the painstaking process of reuniting the twins, a process helped in part by Wang.

A filmmaker working on a documentary about Chinese family planning finally gave me the contact information on WeChat, a messaging app, for Zeng Shuangjie.

The Guardian’s Khushbu Shah reveals how a man serving a life sentence under Oklahoma’s controversial three strikes law for non-violent drug-related convictions was freed after an encounter with documentary filmmaker. Eugene Jareki’s film The House I Live In, an examination of the US government's war on drugs policy, served as ammunition for NGOs, activists and legislations to push for reform.

"The development of the system of industrial mass incarceration that America has engaged in using drug laws is such a kind of shady instrument targeting black Americans, but ultimately poor Americans of all shades," Jarecki said.

IndieWire’s Chris Lindahl and Dana Hrris investigate the controversy behind the sale of Tribeca Enterprises to investment firms run by James Murdoch and Attention Capital CEO Joe Marchese. While Marchese sees this deal as a move towards a curation business model in the attention economy, others in the film festival world sense this shift will favor corporate curators over artist.

The so-called attention economy treats eyeballs like a scarce resource. Marchese has contended that traditional measurements like views, clicks, and impressions fail to convey whether content has actually captured a viewer’s attention. Brands that can become savvy operators in the current attention economy by becoming trusted curators will shape the future of commerce, he argues.

Eric Kohn of IndieWire discusses Sundance’s search to replace its outgoing director John Cooper in a time when a struggling domestic box office threatens the future of independent film.

Sundance and its future director also have to consider how much it needs to craft a program that meets industry needs when many buyers now pre-buy projects long in advance of their premieres. The delicate dance of art and commerce has no easy answer. "It’s folly to anticipate the marketplace, and impossible to ignore it," said Tony Safford, the festival’s programming director in the 80s and a former Fox Searchlight executive. "I think Sundance has navigated it well. Its best accomplishment is to be many things for many people."

Tim Peterson of Digiday explores how marketers are increasingly willing to fund documentaries in order to reach their intended audience as traditional advertising is becoming more difficult and the documentaries gain popularity.

Historically marketers have largely invested in sponsoring short-form documentaries that they can put on their sites for YouTube channels or cut into ads that air on TV and online. In short, they treated this content as marketing. But increasingly marketers are adopting more of a traditional producer role, commissioning longer programming that can be sold to TV networks and streaming services as content in its own right, without the albatross of being considered simply branded content. For example, Johnson & Johnson commissioned UM’s content studio UM Studios to produce a 93-minute documentary about nurses tending to AIDS patients, "5B," that won a Grand Prix award at this year’s Cannes Lions and notably was invited to screen at the Cannes Film Festival, according to Gaul.

"In this model, brands are spending money to make a film that then they’re hoping to sell to a distributor that then is going to put it out in a world where an audience has to pay to watch it. It’s a very different business model," said Gaul.

From Variety, Todd Spangler shows how HBO is taking a subtle dig at its streaming competitors like Netflix that use computer-generated content suggestions with the launch of "Recommended by Humans." This new marketing site is filled with testimonial for around 50 shows, movies and docs that lets users sample for free.

It’s the first HBO brand campaign to exclusively feature fans, developed by the programmer’s marketing team alongside agencies Engine and Resn. HBO is encouraging others to share their own recommendations on social media using the hashtag #HumanReco and says it will add more programs to "Recommended by Humans" in the future. Each fan recommendation on the site is accompanied by the trailer — along with the series premiere episode or full film, available to stream for free. HBO has offered free sampling of select content in the past, but the new site is the first time it’s pairing that with testimonials.

IndieWire’s Steve Greene looks into the Non-Fiction Short Emmy category. This year’s pool seems to feature almost all behind-the-scenes offshoots of other Emmy favorites, like Creating Saturday Night Live and Pose: Identity, while leaving out other original doc programs from VICE and Netflix-Vox.

By turning over a category called Short-Form Nonfiction entirely to programming offshoots makes an all-too-easy narrative that Academy members are incurious about the world around them. There’s no shortage of laudable work being done that was eligible and submitted this year, but have none of those explicit, pre-existing connections.

Rolling Stone's Andy Greene explores the making of Micheal Wadleigh’s Academy Award-winning Woodstock documentary 50 years later. Wadleigh and his crew discuss the logistics of capturing all aspects of the festival with limited resources and difficult subjects on and off the stage.

The short notice caused serious problems, from a shortage of film (eventually raw stock from around the country was flown in by helicopter) to getting the crew to the festival site, due to a 20-mile-long traffic jam on the New York State Thruway. But Wadleigh diligently organized his troops, stationing one crew in front of the stage while others roamed the grounds looking for interesting characters. "I would come up to a group of kids, and they would be smoking a joint," recalls cameraman Hart Perry. "They would pass it in my direction, and just to be friendly I’d have a puff. Two hours later, I was crawling on my hands and knees."

The Hollywood Reporter’s Tatiana Siegel discusses how the former First Couple is settling into their new roles as Hollywood producers 15 months after signing an exclusive deal with Netflix. Their first project, American Factory, a documentary about a Chinese billionaire who opens a factory in an abandoned General Motors plant in Ohio, premieres August 21.

The relationship with Sarandos cuts both ways, with the exec using Obama to entice reluctant talent. A source says that the TV-allergic Denzel Washington took a meeting with Sarandos in the fall, and Obama just happened to be in Sarandos' offices, extolling the merits of the streamer. Still, Washington has rebuffed any offers to star in Netflix films, though he did move Ma Rainey's Black Bottom, a project he is producing, from HBO to the streamer. (A source says the latter had nothing to do with Obama’s pitch.) When Netflix was battling Warner Bros. for the rights to the Will Smith starrer King Richard, about Richard Williams, father of Venus and Serena, Obama spearheaded the pitch. (Higher Ground would have produced, but Warners won out.)

Smitten by the cinéma vérité style, Hegedus joined Pennebaker Associates. "Chris already had the ability to see what we were doing and why we made our films," says Pennebaker. "All she needed was to get her hands on the equipment." Their first project was Town Bloody Hall (1979), chronicling a debate held in April 1971 between Norman Mailer and Germaine Greer about the women's liberation movement. Pennebaker had already shot the documentary, and Hegedus edited it. But after that, they co-directed most of their films. In the field, initially he shot and she did sound, and they both edited. Eventually, they both did everything.

Theater Chains Go MoviePass: How the Big Three in the U.S. Stack Up

END_OF_DOCUMENT_TOKEN_TO_BE_REPLACED

How Timothy Greenfield-Sanders Brings His Portraits to Life

War without End: 'The House I Live In' Deconstructs America's Failed Drug Policies