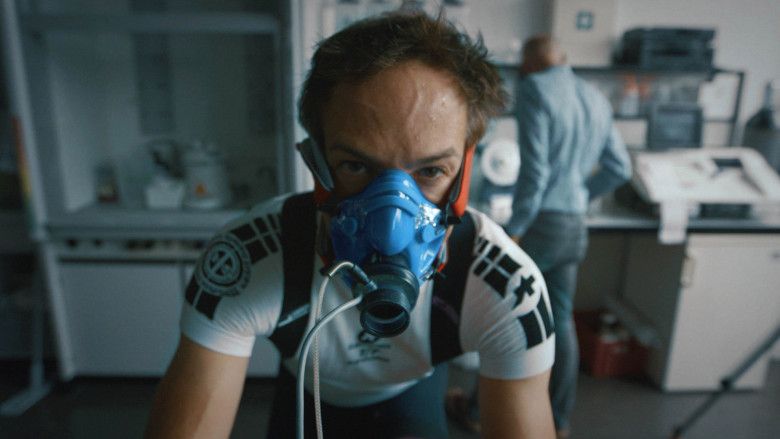 At IndieWire, the filmmakers behind Icarus respond to Russia's Olympics ban for "state-sponsored doping system."

Fogel and producer Dan Cogan have now issued a statement in regards to today's announcement, which reads: "We applaud today's decision by the International Olympic Committee. As we learned in the making of our documentary Icarus, the Russian state ran a vast, state-sponsored doping system that made a mockery of the Olympic ideals of brotherhood and fair play. We salute whistleblower Dr. Grigory Rodchenkov, who risked so much to tell this story, and support all those who are willing to speak truth to power."

In Little Gandhi, a new documentary about the uprising in Syria that began in 2011, two activists are trying to give an interview in Daraya, a suburb of Damascus. With the camera rolling, they pause. There is too much gunfire in the background. "The sniper is about 200 meters away from us," one of them, Muhammad Shihadeh, says in Arabic. "Our current location is out of the sniper's line of fire as much as possible." That was just one of many harrowing moments that Sam Kadi, the film's Syrian-born director, dealt with in telling the story of Ghiath Matar, an activist in Daraya who became the face of the country's earliest peaceful protests.

Julia Bacha didn't predict the last 14 years of making films to support the peaceful movement in Palestine and Israel. After co-writing and editing Control Room (2004), about the inner-workings of the Arab satellite channel, Al Jazeera, the Brazilian-born filmmaker assumed she would turn her attention elsewhere. But a chance encounter and more exposure to regional dynamics revealed a trove of everyday champions in the shadows, dust-covered histories, and a local urgency to fill under-documented truths.

Mark Zuckerberg has stated that video is a priority for the platform, telling BuzzFeed that we're now in the golden age of video and that he "wouldn't be surprised if you fast-forward five years and most of the content that people see on Facebook and are sharing on a day-to-day basis is video." While YouTube still boasts more video views than any other platform, statistics show that Facebook is closing in at high speed. Even before the launch of Watch, Facebook was generating 100 million hours of video watch time.

At The New Yorker, Errol Morris calls the recent Nathan For You finale "my new favorite love story."

"Finding Frances," the Season 4 finale of the Comedy Central series Nathan for You, from the Canadian comedian Nathan Fielder, is my new favorite exploration of love. In the course of the two-hour special episode, which aired last month, Fielder goes to elaborate lengths to help a Bill Gates impersonator named Bill Heath track down Frances, the lost love of his youth. Their endeavor involves a series of zany stunts, from pretending to be the crew of the movie Mud 2 to staging a fake "fifty-seven-year" high-school reunion. But, like all great romances, the story is mixed with a real sense of tragedy and loss.

The director deftly tosses aside all our expectations, ingeniously using fiction as a mere pretext not only to investigate how actors do their job, but also to gather real clues. Like an empathic detective, Greene attempts to piece together evidence of the very existence of this Sarasota, Florida television personality who’s been practically erased from history. (As a friend and co-worker of the real-life Christine notes in the film, the only reason we’re interested in her is because of how she died.) Greene makes the case that all of us - including the filmmaker himself - are complicit, are actors shaping the media narrative.

END_OF_DOCUMENT_TOKEN_TO_BE_REPLACED

Awards of Academia: Peabodys and duPonts Honor the Real Reality