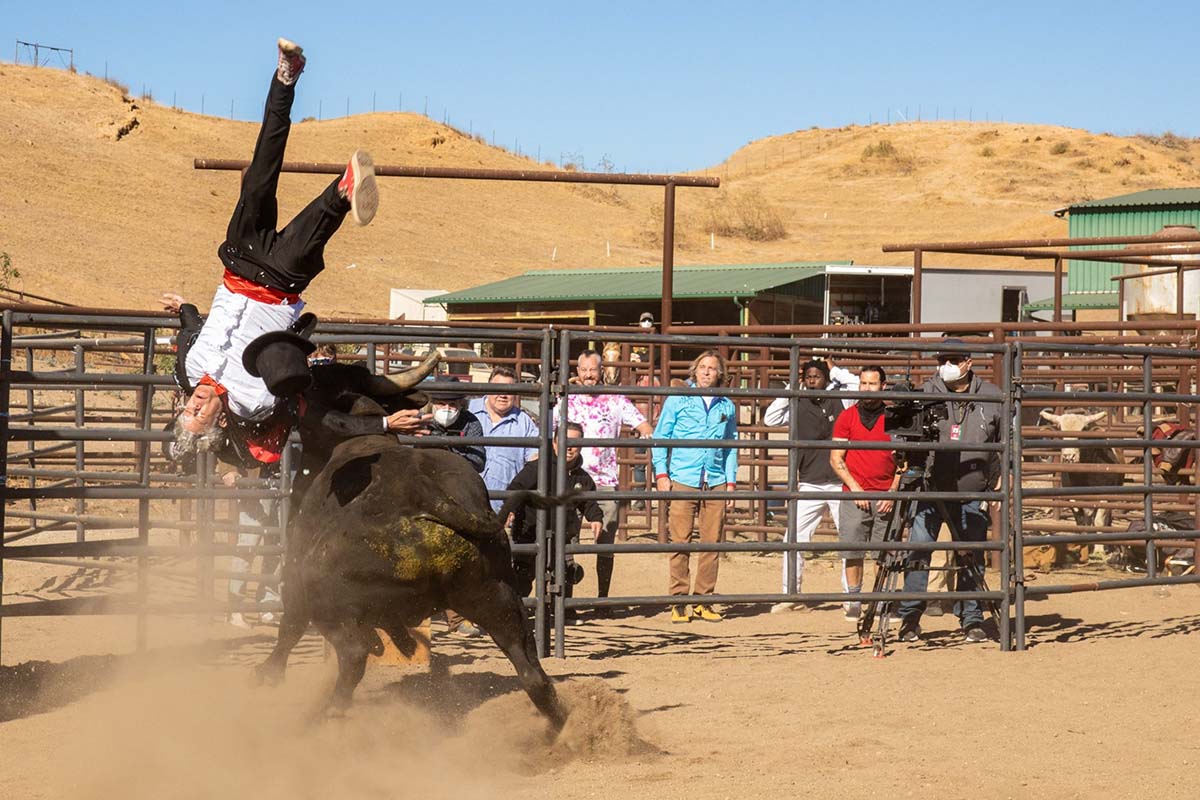 Politico’s Phelim Kine did a deep dive into the dark underbelly of a transcription service that is the go-to for several filmmakers and journalists, and raises some very pertinent privacy concerns.

We make privacy versus utility tradeoffs all the time with our tech. We know Facebook sells our data, but we still post baby pictures. We allow Google maps access to our location, even though we know it leaves an indelible digital trail. And even savvy, skeptical journalists who take robust efforts to protect sources have found themselves in the thrall of Otter, a transcription app powered by artificial intelligence, and which has virtually eliminated the once-painstaking task of writing up interview notes. That’s an overlooked vulnerability that puts data and sources at risk, say experts.

While the festivities of Sundance have been over for a bit, we are still drawing inspiration from Karin Chien’s brilliant keynote at the festival’s gathering of producers. Read it in IndieWire.

Expanding the concept of who and what a producer is, has allowed me to embrace an insider/outsiderness that is in my DNA. I come from a family of exiles and immigrants who couldn’t be farther from the film business, yet I was literally born in Hollywood. And at Sundance, every producer knows what it feels like to be "in" the festival and yet still out in the cold.

Whether we are outside or inside changes all the time, from one phone call to the next. There is power in standing in either position. There is a superpower in inhabiting both perspectives.

Over at The New Yorker, Richard Brody digs up the 1978 documentary Who Killed Fourth Ward? by James Blue, and writes an essay that’s sure to warrant a rewatch.

Blue, a white man in his mid-forties, was living in Houston and teaching film at Rice University in the mid-nineteen-seventies. As he drove past the neighborhood, he noticed that one side of the highway was part of the city’s gleaming downtown business district and the other side was a series of small run-down shops and houses, and—as he had a commission to make a film on a subject of his choice—he decided to investigate. To start, Blue and his crew—the camera operator Brian Huberman and the sound recordist Ed Hugetz, who are also white—show up in the Fourth Ward and, as seen in the film, begin their investigation by approaching residents in the street and questioning them about their neighborhood. (The movie was shot on the amateur format of Super 8, then the main medium for home movies.) The interviews lead Blue to a much wider investigation, in terms of both his subject and his method.

Hyperallergic’s Juan Barquin makes a strong case for why the new film, Jackass Forever, deserves to be called a documentary.

Each Jackass film not only acknowledges the past, but also plays with it in new ways. Take the opening of Jackass Forever, the newest installment in the series. Chris Pontius has his genitals painted and puppeteered as a giant monster, animated to rampage Godzilla-style through a city, imperiling the rest of the gang. As Knoxville tells Hyperallergic in a recent interview, "We wanted to do a big Japanese monster movie opening, and also I had this idea of wanting to puppeteer Pontius’s penis in a hula skirt. Derek Freda said, 'Why don’t you combine those two ideas?' and we did. [Director] Jeff [Tremaine] started throwing in ideas and [producer] Spike [Jonze] lost his mind, making it big, cinematic, and hilarious. It was a team effort."

India’s Films Division faces an impending merger that could cause serious damage to the culture of film history and archiving of the country. Scroll’s Avijit Mukul Kishore pens an essay questioning the government’s decision.

Films Division is the largest moving-image repository of Indian history. It took over from Film Advisory Board, a colonial organisation that was formed in 1940 to make propaganda films during the Second World War. In 1948, FD became the agency for filming the processes of decolonisation and nation-building. Its newsreels and documentaries were shown in cinemas before the entertainment feature.

It is important to remember that this was decades before we had television. Films Division was the only audio-visual record of India available to us, other than features and rare home movies. Such a time seems unimaginable today, with our image and media-saturated environment.

For years, people outside of India have considered documentary in the country the exclusive province of the Films Division of the Central Government. Today, that view is a misconception. With its production center in Bombay (now known as Mumbai), the Films Division continues to produce more than 150 films per year, with documentaries of two kinds: the news-based shorts, recording political and cultural events of benefit to the ruling governments; and biographies of award-winning authors, artists and other cultural figures.

END_OF_DOCUMENT_TOKEN_TO_BE_REPLACED

Where the Truth Lies—Or Not