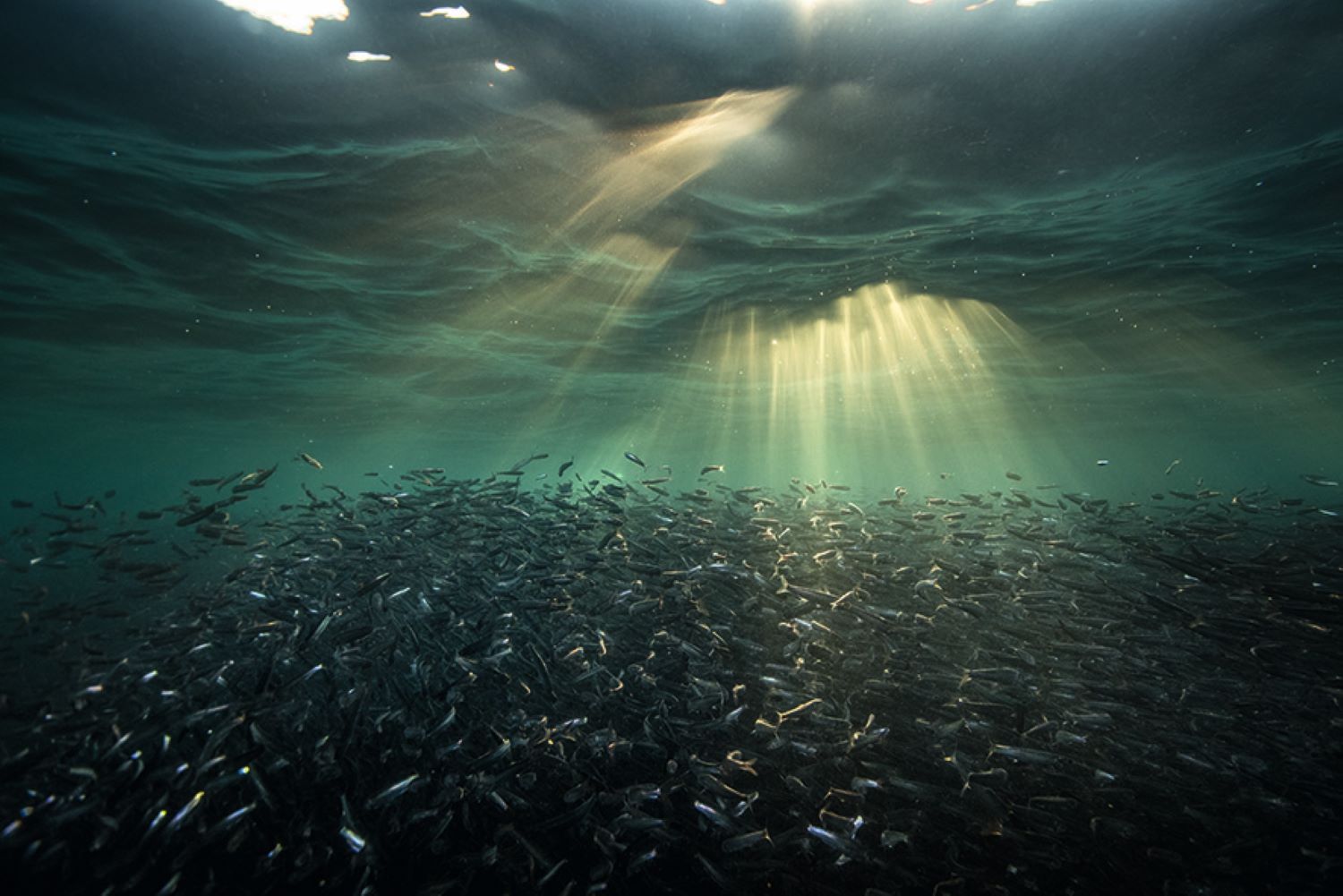 The Washington Post’s Sebastian Smee believes that nature documentaries are the greatest art of our time and "deserve to be rescued from overfamiliarity." He argues that these miracles of imagery and production are ahead of their time that will be watched in the future as the best artifacts of the present.

These 50-minute programs are marvels of editing and narrative pacing. They induce wonder. They switch from the micro to the macro — from insect eggs to cloud-swept vistas — with Brueghelian virtuosity. And they are alive to light, color, shape and form in ways that are both commensurate with their subject — nature itself — and like nothing else on film.

That is why I think we will look back on series including Life on Earth, The Blue Planet, and Planet Earth as profound testaments not only to what our planet was like before the sea was choked by plastic and the animals we revered became extinct, but also to what some of us were capable of creatively.

Studies show that a majority of the most influential critics in art and film are white and male. Writing for The New York Times, Elizabeth Mendez Berry and Chi-hui Yang discuss how this affects how the work of underrepresented artists is reviewed, how the industry narrative is shaped, and how a call for a more diverse pool of cultural coverage is warranted.

Art reviews matter because they can define aesthetic movements or dismiss them. Mexican banda music, for example, has largely been written out of mainstream musical history, despite an audience in the millions. Culture writers can launch careers and turn an Off Off Broadway play into a must-see show. Reviews create momentum that shape economic and intellectual marketplaces.

From Paul Bond of The Hollywood Reporter offers some topics likely discussed at the secretive, off-the-record Allen & Co retreat, where many of the most powerful people in media and tech convene to discuss trends, policies and deals in the industry.

Beyond talk of Facebook spreading "fake news" and sharing sensitive data with the likes of Cambridge Analytica and others, regulators on both sides of the aisle are complaining that Facebook — along with Google — is simply too large and should be broken up. Facebook, Google and Twitter are also under the gun for allowing hate speech on their platforms — and simultaneously being criticized for de-platforming conservatives who are deemed hateful — so there ought to be plenty of debate on the matter.

Indie Wire’s Tyler Hersko analyzes the design of Quibi, an upcoming short-form streaming service, and the influence its founder and CEO have as the list of prominent investors grows.

The strongest selling point — for investors and other industry insiders, anyway — is probably less about the platform itself and more about the duo selling it. Katzenberg, the former Walt Disney Studios chairman and DreamWorks Animation co-founder, has an impressive industry track record and his words carry considerable weight. Selling the idea of a streaming service that won’t be compatible with desktop computers or built into televisions would probably be next to impossible for anyone else.

Katzenberg has the entertainment industry credibility, while Quibi CEO Meg Whitman, a former president of Hewlett Packard Enterprise and eBay, enjoys comparable influence in the business sector. Furthermore, the duo also has significant presences in the political arena and in charitable foundations.

Eriq Gardner from The Hollywood Reporter delves into concerns regarding deepfakes, the hyper-realistic manipulation of digital imagery that can alter images so effectively, it's largely impossible to tell real from fake, and what it means for filmmakers and lawmakers in order to protect the non-consensual exploitation of public figures.

"Let's say [a filmmaker] wanted to do a biographic movie about Heath Ledger, and rather than have an actor play Heath Ledger, they used a digital version," says Bennett. "We think that would be perfectly fine. Now contrast that example with a [re-created] Heath Ledger becoming the next Captain Jack Sparrow in a Pirates of the Caribbean movie. That wouldn't be OK. That would threaten actors' livelihood." So it's not just exploitation. Digital technology also puts jobs at risk.

Stephen Galloway from The Hollywood Reporter explores how distinctions between film and television are starting to fade and calls on Hollywood to abandon their outdated notion that film and TV are separate artforms and evolve their institutions in order to reconsider how media content is categorized.

The barriers between film and TV are tumbling down. So why aren’t the barriers between their most high-profile institutions, the movie and TV academies? Carry the argument to its logical conclusion and it seems evident: at some point the two organizations must become one. And if they become one, what should prevent their most visible baubles, the Oscars and Emmys, from doing the same? The more varied ways emerge to watch content, the more varied forms of content will emerge for us to watch; and the more varied forms of content emerge, the more passé it will seem to divide them into the simplistic species of film and TV.

In a new report, Sheffield Doc/Fest shows not only a larger audience in attendance, but a more diverse one. The festival reported an increase in audience memebrs who are young and identify as LBGTQ+, non-white or as people with a disability.

"We’re proud to report a more diverse range of festival goers at Doc/Fest 2018, including representation of BAME, LGBTQ+ and audiences with disabilities. As part of our drive to widen public and industry access, we welcomed significant audiences who consider themselves from a disadvantaged background, and attracted amateur filmmakers curious about the profession, bridging public and industry.

'Doc/Fest continues to place at its heart new documentary storytellers with new perspectives, and also report today the continued strengthening of our programmes that nurture the industry’s very best future talents."

Sarah Larson from The New Yorker shares her suggestions for podcasts to listen to this month. Pods such as Against the Rules, from Michel Lewis, Sleepwalkers, hosted by Oz Woloshyn and Karah Preiss, and Overheard at National Geographic make the list.

I worried at first that the offhandedly titled Overheard at National Geographic would make for a blasé listening experience; I like eavesdropping as much as the next person, but there are perhaps enough podcasts lacking in narrative deliberateness. But the show, hosted by Vaughn Wallace, presents sophisticated stories about fascinating and far-flung realms, just as the magazine does; my two favorite, so far, take place underwater. "At times they can sound like a creaking door, like something you’d hear in a spooky movie," the veteran photographer Brian Skerry says in "Humpback Whale Song of the Summer."

Chris Newbould from The National explores Madness in Aleppo, a documentary shot in 2016 by Lina Sinjab, a Syrian who worked as a BCC Syrian correspondent from 2007-2013. Sinjab discusses the filming process, the challenges she faced and her hopes for the international festival circuit next year.

Once that task was complete, Sinjab says the most important part of shooting what would become recognisable as a film took place outside of the war zone. "It was so important that I went back and visited the main characters again, where they had escaped to, and talk to them again. That’s what really allowed me to stitch the whole thing together."

Alex Dudok De Wit from Cartoon Brew speaks with the filmmakers of three short animated documentaries currently on the festival circuit about their work and the techniques that brought their films to life.

Carlotta uses a distinctive printing technique, which Schuld aimed to replicate digitally; in TVPaint, he custom-made brushes based on scans of her self-portraits. The film shows no faces – just a red-headed creature wandering through semi-abstract landscapes, whose scattered forms reflect Carlotta’s perception of people’s features. Her reflections on face blindness are read out in voiceover. While Carlotta stayed away from the production (by choice), she loved the finished film, which she watched dozens of times in one night.

From the Archive, Winter 2019: "DOCUMENTARY POWER: A New Manifesto"

At Ford, a question that we ask almost daily is, "Who is telling what story, from what perspective, using what form, and through what gatekeepers?" And we believe that if we reorient this equation through intersectional racial, gender and disability justice frameworks and through critical cultural analysis, we can reorient broader social power structures. The parallels between documentary and democracy as systems of representation are important to keep in mind. Who is representing whom and why, and how is that person interpreting and channeling the experiences of those they represent? I don’t want to take this analogy too far, but there are maps drawn all around us that structure flow of documentary knowledge, resource and image; which of these maps need to be redrawn is something we need to think about.

Inside Out, OUTtv launch initiative to support queer doc filmmakers in Canada

END_OF_DOCUMENT_TOKEN_TO_BE_REPLACED

Where the Truth Lies—Or Not