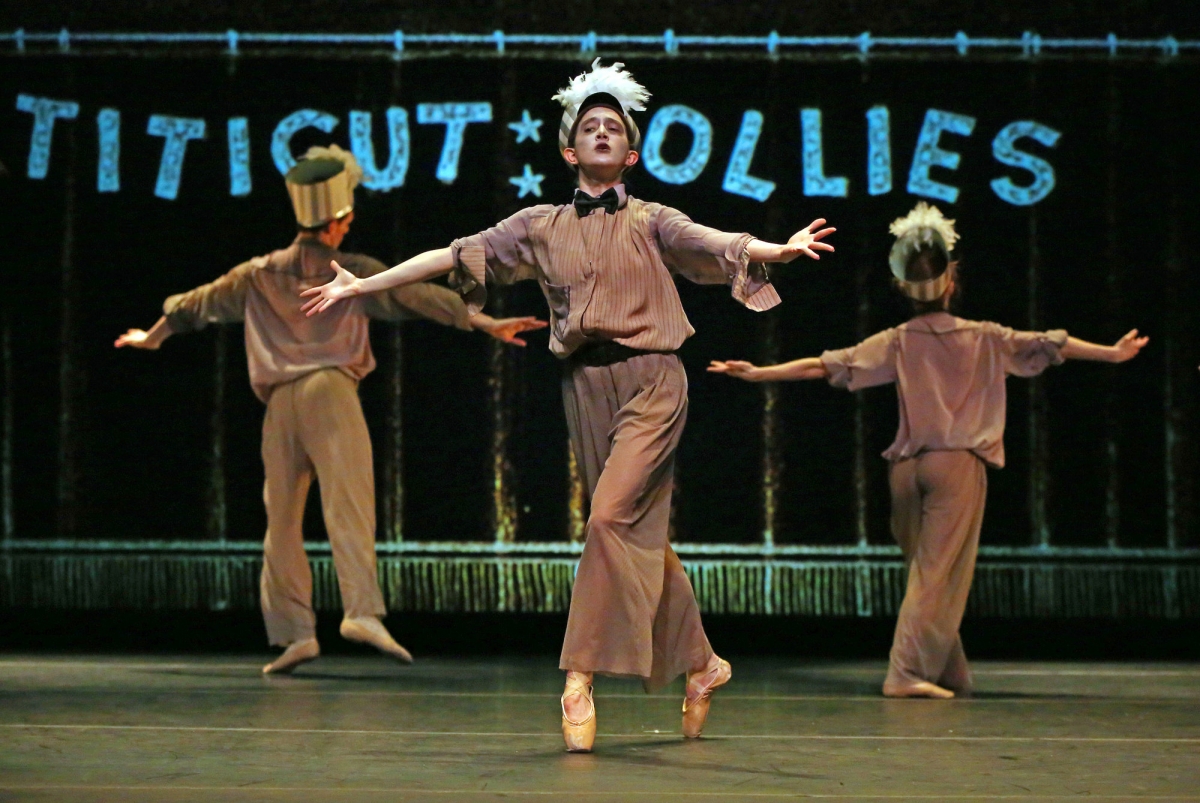 The ballet — which is to have its premiere this weekend in Minneapolis, where Mr. Sewell's company, James Sewell Ballet, is based — had an unusual genesis. Mr. Wiseman, 87, said he had grown fascinated by dance and movement while making documentaries about American Ballet Theater, the Paris Opera Ballet and a boxing gym. But he said he found the subjects of most ballets less than compelling.

At Indiewire, Michael Schneider reports on a Congressional hearing that took aim at PBS documentaries.

Harris said he was particularly concerned because, when running for reelection, "I don't want an ad run against me that says I voted for funding a film that inspires 'a tomboyish young girl to claim her place as leader of an all-male hula troupe.' I can see the ad. That’s from Kumu Hina. I beg you, please remove the agenda from education. This has to be neutral content. If you come for public funding and claim free press, it's government-funded press and my citizens will resent some of the agenda. You're absolutely right, 98% 99% of the time you get it right. But 1% poisons the well."

Gibson has called The Stairs a "harm-reduction film," referring to an intervention strategy that aims not at a total cessation of drug use, but something more dynamic and nuanced: a forgoing of short-term solutions by recognizing that addicts are in it for the long haul, rather aiming to minimize harm for both users and their communities. The Stairs' roots in educational videos produced for community health centres are revealed in the numerous vignettes of the film's subjects lending an ear to distressed clients when they're not sorting out their own health and legal crises. But The Stairs isn't a social worker’s manifesto or a recruitment ad; rather, it's a serious effort to reckon with harm reduction as a storytelling strategy - a way of thinking about addicts, whether currently using or sober, as people with still-evolving narrative trajectories and voices worth hearing, regardless of where they're standing on the staircase at any given time.

At The Village Voice, Bilge Ebiri introduces the newly revamped Quad Cinema, and a "new golden age" of moviegoing in New York City.

The Quad's reopening is just the latest instance of a burgeoning revival in the New York moviegoing scene. The Metrograph recently celebrated its first anniversary on Ludlow Street. The Alamo Drafthouse, part of the Austin-based chain that offers a "dine-in" experience and shows a mixture of first-run mainstream, arthouse, and repertory titles, opened in Downtown Brooklyn last October. Not far from the Alamo, the Brooklyn Academy of Music is in the midst of a $25 million expansion.

The secret is having a great story and a great storyteller. Every aspect of the distribution is made 100 times easier when you've got a great film. We spend a lot of time as story-editors - not adding more brand messaging, but making sure the filmmaker tells the best possible story. We start as early as eighteen months before the film launches, building an audience for the film, positioning it with the top film festivals and finding the best way to leverage the brands other marketing assets to bring the film to the largest, organic audience possible. And we work with lots of partners for every launch - film publicists, theatrical bookers, nonprofits working on related causes, and others who can help us make sure the film finds its audience in the marketplace.

Novelist Don DeLillo uses documentary material in his work as a "bracing cure" to temper his spiraling imagination. Wiseman does something similar, in reverse. The bracing cure for life inside Bridgewater is a journey into the spiraling imaginations of the men locked inside--inmates and guards alike--and Wiseman's own. It is hard to imagine today a documentary as bereft of exposition, brutal in content and lyrical in structure. In Titicut, madmen utter truths and prison guards perform Broadway skits.

Mexico Detains, Then Frees, Undocumented Subjects of an Ambulante Documentary Ahead of Its World Premiere
read more