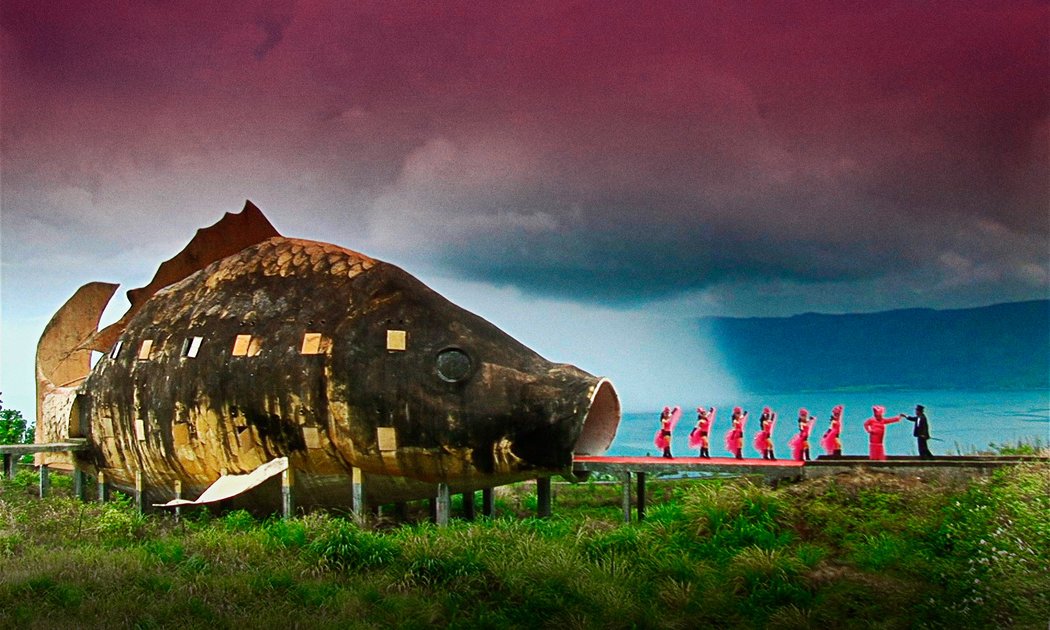 The legacy of the massacre continues to divide Indonesia. For decades, under Suharto's rule, Indonesians dared not call for justice. Even after he was deposed in 1998, there was little effort to set up an Indonesian form of a truth and reconciliation commission. But in part after the filmmaker Joshua Oppenheimer released a documentary in 2012 called The Act of Killing, chronicling the life of an unrepentant hit man in the purge, members of Indonesian society began to delve into its history.

At The Washington Post, Roxanne Roberts covers filmmaker Doug Block's obsession with solving the mystery of a found love letter.

Like all good mysteries, this one features an elusive woman, a love affair and a random stranger who gets swept up in the story. But there's no ending — yet. In November 2015, Doug Block was packing for a 30th-anniversary trip to Paris with his wife, Marjorie Silver. The New York filmmaker pulled a used tourist guide from his bookshelf and threw it in his luggage. On the last day of their trip, he grabbed the old copy of "Pariswalks," and out dropped a cream-colored envelope with "BETTY" slashed across the front.

"Will somebody out there create a global show that the entire world wants to watch at the same time? It sounds lofty and idealistic but now it's possible," said Van Veen during a keynote session Wednesday (Oct. 18) at MIPCOM in Cannes. Watch already boasts nearly 1,000 shows from publishers and creators. Facebook is also simultaneously funding a small number of shows to examine the outcome of community-driven programming. The series Make Up or Break Up, one example of a fan-oriented series currently available, features couples with relationship woes receiving feedback from the online audience.

At Docs on Screens, Carol Nahra talks to the team behind FRONTLINE's Mosul.

"For me it was important that I wasn't going to do a news report – I was going to tell their story, the story of the battalion. And I don't speak Arabic so it’s all about how I smile, the body language. I'm covered in scars, it helps, from shooting the war in Libya. I myself am a former Marine – maybe it helps me, cause they understand I know how those guys work in the field. And it was a very long process, for weeks eating beans and rice with them every day, shooting almost nothing. I didn't want them to feel frightened by the camera."

"There was a movie called Tickled that we really enjoyed about this documentarian [David Farrier] who discovers secret tickle-fetish sleeper cells. What we love about it is how creative the documentarian got with how he obtained and shot his footage, because he's dealing with people who are very rich and powerful and determined to keep this stuff secret. There are some influences with that when it came to how Peter tries to get his information when he's been banned from campus. In certain scenes, it was much more compelling to be restricted to just an iPhone camera in Peter's pocket."

From that rich trove of material, Block has crafted his latest work, 112 Weddings, in which he returns to a handful of his former clients to talk to them about marriage, love, hope and expectations. Each couple has their own set of joys, challenges and heartaches, and two couples had divorced by the time Block made his return visit. On the other side of the spectrum, two couples marry in the film—one, for the first time; the other, after many years of living on their own terms as partners, with Block having filmed their custom-made commitment ceremony.

END_OF_DOCUMENT_TOKEN_TO_BE_REPLACED

The Art of 'Killing': How Much Truth Comes from the Lie that Tells the Truth?

Where Journalism and Filmmaking Intersect: 20 Years of 'Frontline'