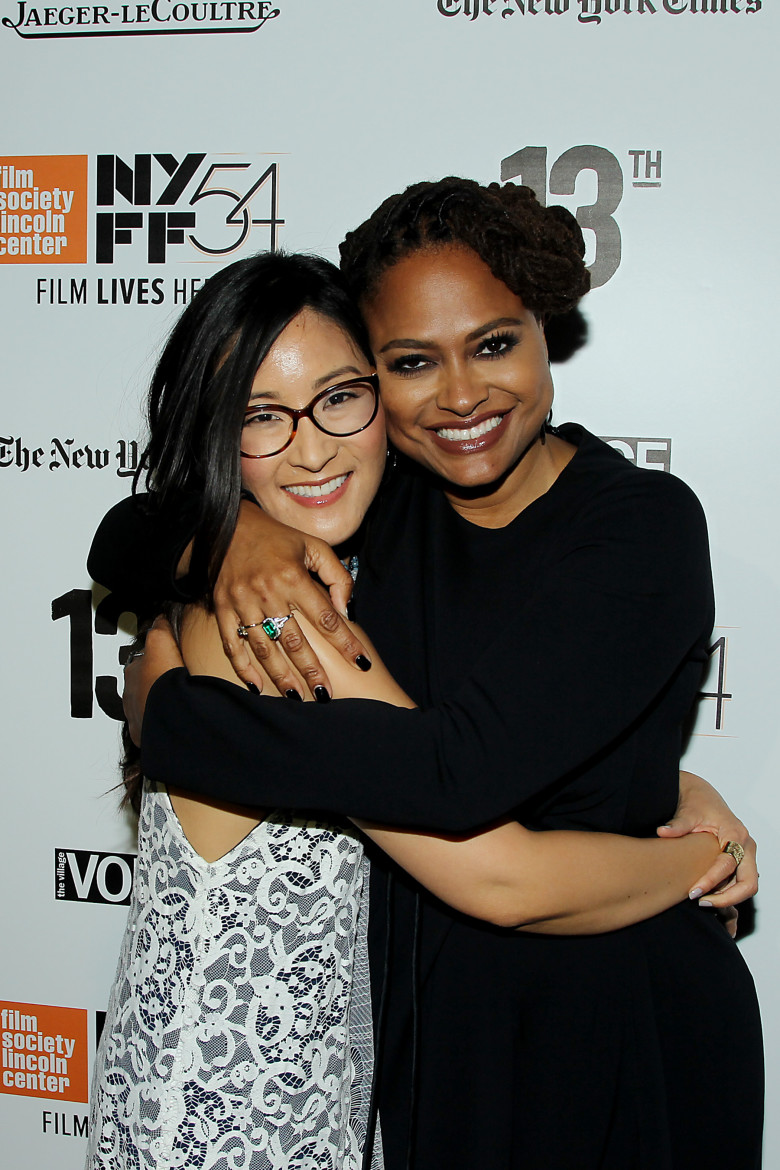 At Indiewire, Anne Thompson profiles three executives who produce some of the world's biggest docs.

Each has their strengths and strategies. Nevins and Weyermann feel strongly about social justice; Nishimura taps into the global power of documentary. Nevins and Nishimura both want to lure more subscribers, but where Nevins is Captain Sully, relying on her knowledge base and gut instincts to land the plane, Nishimura leans on the precision guidance of algorithms.

In a Medium post, FRONTLINE and Emblematic Group recount some of the challenges and opportunities of using VR for documentary journalism.

It's a cliche, but it's true. Virtual reality can bring you inside the journalism; it can make your mind believe that your body is somewhere else. In this way, viewers might have a stronger emotional response than they would to something on a 2D screen. There's also the potential for generating empathy, but that's something we will approach with care as journalists who endeavor to let viewers come to their own conclusions.

Outwardly, Curtis's films are journalistic exposés in a documentary mode. They often extend to three or four or even five one-hour episodes; more recently they've consisted of single continuous presentations lasting more than two hours. Curtis is not an underground presence, not in England. He is a longtime employee of the BBC, a.k.a. (sentimentally) "the Beeb," a pillar of 20th- and 21st-century British self-understanding. The films take familiar subjects - the Cold War, the growth of public relations or financial or military-industrial bureaucracies, the premises of the ecology or anti-psychiatry movements, the enmeshment of Western democracies in quasi-colonial military adventures in the Middle East - and render them strange. Stories that might seem like "social studies" fodder become, in Curtis's hands, compulsive, like a giddy horror film you can't quit watching.

Center for Media and Social Impact shares a new study examining the online screening and evaluating functionality of the platform OVEE.

This study examines the results of an OVEE online platform screening of The Homestretch documentary, a film focused on homeless teens in Chicago. The report reveals the perspectives of a viewing audience of professionals working in federal, state, and local government agencies that deal with education and teen homelessness. For this audience, the intimate stories of young people experiencing homelessness were the most compelling and emotionally engaging elements of the film, compared with statistics about the issue. Audience members believe the film can help them in their professional missions, even while they acknowledge the challenges of funding and infrastructure needed to support young people living on the streets. Viewers concluded that the OVEE platform provided a useful mechanism for bringing together viewers from around the country to facilitate discussion and engage in a synchronous video viewing experience.

At Polygon, Brian Crecente shares 50 years of VR history by profiling 25 of its greatest innovators.

The long, slow evolution of virtual reality was marked by fits and starts, by staggering success and abysmal failure. It was a journey of secretive labs, bold experiments, game consoles and robot dogs. Its conceivers came from all schools of thought. They were writers, actors, philosophers, mathematicians, musicians, tinkerers and scientists.

At The New Yorker, Richard Brody critiques the classic jazz documentary Jazz on a Summer's Day.

The sound of modern jazz is also the sound of the civil-rights movement. Earlier in 1958, Rollins and his trio recorded "Freedom Suite"; but whether the musicians personally took part in it or not, the music itself, with its vehemence, its complexity, its dissonance, its sheer volume and speed, and its repudiation of familiar modes of entertainment, embodied the confrontational insistence of a new age of black American life as well as art. In Jazz on a Summer’s Day, the leading edge of modern jazz was seen as largely placid and largely white - and it just wasn't so. The film is one of the great documents of the art form, which it both honors and distorts, exalts and diminishes and even, at times, unintentionally insults.

"While the series is faster paced than its predecessor, and there is more of an emphasis on breaking stories and "investigating critical issues," the traditional core programming of National Geographic - natural history - hasn't been abandoned. It's just received the same makeover treatment and been transformed into what Royle describes as "full immersion" television."