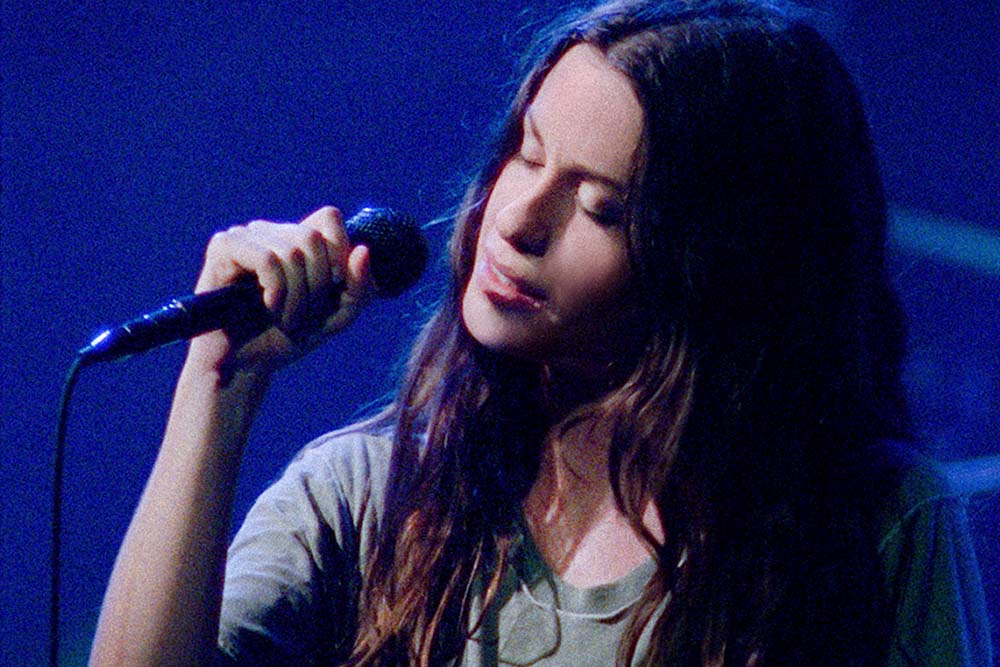 IndieWire’s Eric Kohn speaks to former TIFF Director Piers Handling, who recalls having to decide whether he’d cancel the rest of the festival after the news of 9/11 reached him and his team.

The reality didn’t really set in until right after the towers fell. I was watching TV with a group of staffers in the press office at the Four Seasons Hotel. Of course we were hypnotized and in shock. As soon as the towers fell, we turned the TV set off and were just numbed.

I remember Nuria Bronfman, who was running the press office, came up to me and said, “The press want us to hold a press conference.” My first reaction was, “Why? We don’t really have anything to comment in terms of the events itself.” And she said, “No, no, no. They want us to tell them what’s going to happen to the festival.” And then the reality set in.

Over at Variety, documentary filmmakers spoke to Addie Morfoot about the end of awards “double-dipping” at the Emmys and Oscars.

“The Emmy has always been junior to the Oscar,” says documentary powerhouse Sheila Nevins, an HBO veteran who now heads MTV Documentary Films, which won an Emmy for 76 Days last weekend. “When you can get both, on the one hand, you could say, ‘Well, that elevates the Emmy, but on the other hand, you could say it diminishes the importance of the medium in which it’s performing.”

Whether it’s a competitive game show or a documentary, there is an inherent “erosion of principle” with a concept like The Activist, Mic’s Shamira Ibrahim argues.

There is a direct throughline between the erosion of principle into empty symbolism, and the process for the creation of a show such as The Activist. When language that leads with liberation gets softened to demand inclusion and recognition, it is one of a series of actions that are easy to minimize — and allow for empathy to be engaged on terms that are least burdensome for the powerful. A poet becomes heralded for declaring the return of democracy, while the working class continues to flounder with no end in sight; despite defund the police rhetoric, police budgets across the country have increased, with qualified immunity quietly being excluded as a provision in the George Floyd bill.

As Alanis Morissette came out and disowned the TIFF-premiering documentary Jagged, about her life and career, Slate’s Sam Adams asks why so many documentaries continue to be controlled by their subjects.

Documentaries about celebrities are often controlled by their subjects, and music documentaries perhaps most of all; holding the copyrights to their songs effectively gives them final cut. (It might strengthen Klayman’s hand that HBO, which produced Jagged, has the same corporate parent as Warner Bros., which owns Jagged Little Pill). And in Jagged itself, the issue of Morissette’s control over her own image is never far from the discussion; she once scrapped an entire Rolling Stone cover shoot after the fact because she was unhappy with the wardrobe provided, then re-did the photos in her street clothes.

After playing at Venice and Telluride, Bianca Stigter’s Three Minutes – A Lengthening, played at TIFF. POV’s Pat Mullen speaks to Stigter about loss, memory, and the philosophy of film itself.

There are certain moments where you could almost go into the absurd if you wanted to know everything. But you can’t know the most important thing: who are these people? We give names, but it’s impossible to know everything. For instance, we can see a flower on a windowsill and the red is very visible, so we sent pictures of it to botanists. They said that the images were so faded that it was impossible to make an identification based on these images. Another instance, we wanted to know what someone is saying when they are clearly speaking, so we got a lip reader who could speak Yiddish and Polish. He had a look at the film, but also said, “No, we can’t say with any certainty what is being said.”

IndieWire’s Chris Lindahl reports on Digital Security for Filmmakers, the website filmmaker Laura Poitras created with the Freedom of the Press Foundation and Field of Vision.

For journalist and filmmaker Laura Poitras, surveillance is a given. Before Poitras won an Oscar for her documentary about whistleblower Edward Snowden and his evidence around mass NSA surveillance, she edited Citizenfour in Berlin because she feared the government would seize her source material. Now, she’s sharing the lessons that other documentarians need to protect their own work.

But perhaps the hardest thing for Poitras in putting the film out there was revealing so much of herself. As a public figure, she has been notably shy and reticent. A 2013 Rolling Stone magazine article dubbed her "intensely paranoid," and a 2016 interview in the Village Voice called her "famously private." With all the various US government agencies spying on her, however, paranoia is not entirely accurate. Yet in Risk, Poitras not only reveals information about her relationship with one of her film's subjects, but, through excerpts from her journals, she also shares her thoughts, dreams and nightmares.

END_OF_DOCUMENT_TOKEN_TO_BE_REPLACED

Essential Doc Reads: Week of May 4