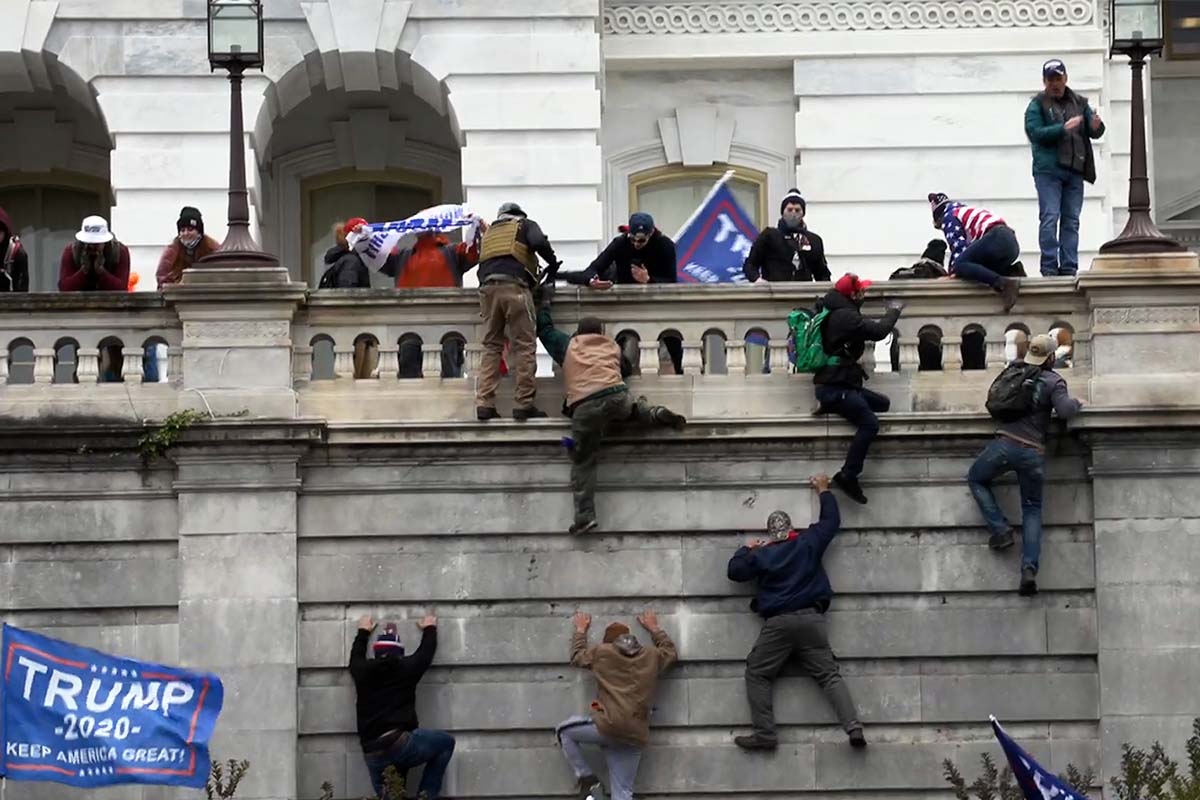 As the implications of the January 6th insurrection continue to metastasize over a year later, Deadline’s Matthew Carey talks to filmmakers Malachy Browne, David Botti and Haley Willis about their Academy Award short-listed doc Days of Rage, a painstakingly executed reconstruction of the events of that catastrophic day.

"I think there’s a very great value in simply showing what happened, just minute by minute, moment by moment," Botti tells Deadline. "We added a layer of analysis onto it and the point of the analysis was mainly to help guide people through the film and give them situational awareness and a sense of time passing. But we really just wanted to let the footage speak for itself."

Tyler Coates of The Hollywood Reporter talks to Ryan White, director of the short-listed Coded: The Hidden Love of J.C. Leyendecker, about how this early 20th Century illustrator, despite his then-closeted status, incorporated homoerotic themes into his work for The Saturday Evening Post and advertising agencies.

But even the fact that he came up with so many parts of advertising history—like the consumerist behaviors that he created around holidays, by putting them on the cover of The Saturday Evening Post — really fascinated me as a storyteller. It’s a fascinating avenue for representation, because [advertising is] almost coded by nature. It’s trying to use an image or a message to get somebody to do something. I think J.C. Leyendecker was sort of the O.G. of American advertising.

Jessica Kingdon, whose film Ascension is also on the Oscars Short List, talks to Film Independent’s Matt Warren about what inspired her to make the film, her experimental style, and her experience as a Film Independent Doc Lab Fellow.

When I was exploring the more experimental side it was people like Nathaniel Dorsky or Maya Deren. But at the same time I was also watching people like Frederick Wiseman, Herzog. And then more formalists, I guess you could call them, like Nikolaus Geyrhalter. That kind of encapsulated the best of both worlds for me, where you had this exciting element of reality and of social issues that are relevant to everybody, but filtered through this more artistic lens.

The Museum of Modern Art in New York City is presenting its annual series on film restoration, "To Save and Project," through February 6. This year’s series focuses on Black cinema, and among the offerings is Haile Gerima’s Wilmington 10 — USA 10,000. The New York Times’ Ben Kenigsberg discusses the series.

But the film is designed to be timeless. Its digressive structure keeps returning to the 10 but covers a lot of ground, interweaving their story with insights about racial injustice in education or in the unequal application of the death penalty, for instance. Gerima does not identify his interviewees, many not overtly connected to the Wilmington 10 case, until the end, a technique that gives their commentary a universal quality.

Just before going into production on Season 2 of the hit docuseries Cheer, Jerry Harris, one of the protagonists from Season 1, was arrested on multiple sex abuse charges involving children. Moviemaker’s Margeaux Sippell talks to director Greg Whiteley about how he incorporated this development into the series.

"It’s tricky to do, because he shows up as a member of the team and we didn’t want the audience thinking as they’re watching these episodes — especially members of the audience that are familiar with what’s happened now off the mat with regards to Jerry — we didn’t want them thinking, Well, did the filmmakers know what happened? Are they even going to address this? So that’s how we chose to open up the series. It was a way of indicating to the audience, We’re aware, we are going to address this, we’re going to explain this part of the story. But first, we have to take you back in time to when before any of that had happened."

END_OF_DOCUMENT_TOKEN_TO_BE_REPLACED

American Factory: Made in the USA, Sort Of…